Seventy Years On: The Korean War

On the anniversary of the commencement of the 'Forgotten War', we examine the Bolt Action supplement...

Fought between 1950 and 1953, the Korean War was one of the first major conflicts of the Cold War. Backed by the Soviet Union and Communist China, the North Korean regime battled for control of the peninsula against the South Korean government and a 21-country UN task force.

The Korean War is unique and interesting in the annals of world and military history in its own right. An aspect rarely discussed is the cultural implications of so many Western, non-Western and European nations fighting against combatants from the Orient. Due to the vast cultural diversity of so many nations fighting in such a geographically small area, cultural differences would have a significant impact on how the combatants treated each other on the field of battle. These differences went beyond simple language barriers, they included problems in logistics, religion, personnel replacements and the method in which war was conducted. 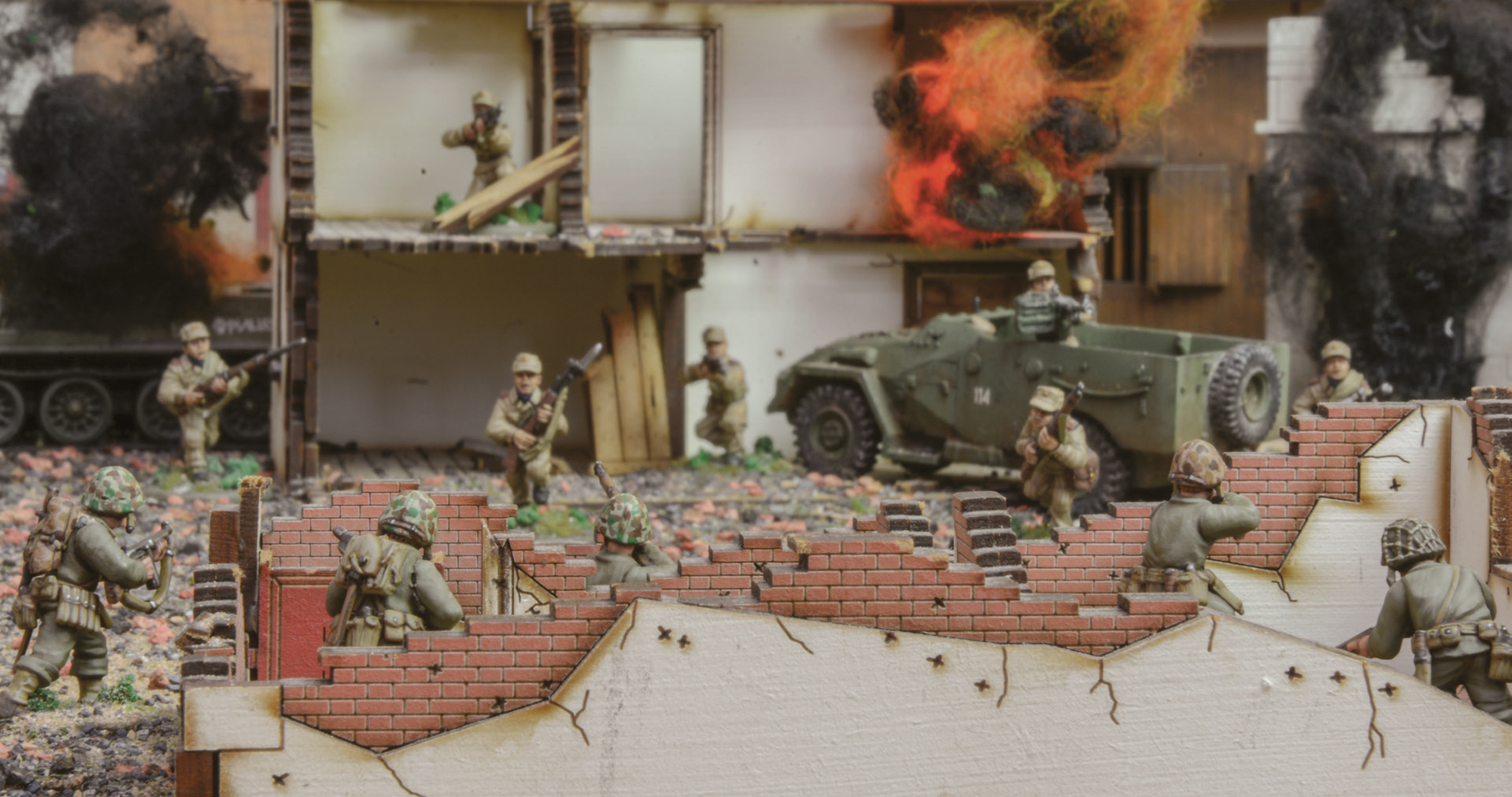 What is this Book?

This book is designed to be used as a game supplement in combination with the World War II Bolt Action rules to create tabletop wargame scenarios of the Korean War. It is not compatible with Bolt Action World War II army lists – the army lists contained in this tome have moved on five years, modified and updated to fit the Korean War just as the situation dictated with military forces in 1950. This supplement is a single comprehensive attempt to present gamers the opportunity to recreate the dramatic engagements from the only time when the Cold War became hot and all the great powers on Earth collided in one small corner of the world.

Within, you will find some new and exciting rules in the supplement for the use of Jet aircraft and a new special character, the “Seasoned NCO” to add to your collection.

You’ll also find a comprehensive history of the conflict with details of every major battle fought between the two sides. It also includes details of the various forces and their organisation, commanders, and equipment. Scenarios are provided for many of the battles, along with comprehensive force selectors to help you assemble your force.

Army lists are included for all five major combatants, you’ll also be able to include the major United Nations ground forces involved; France, Belgium, the Netherlands, Greece, Turkey and many others. Play the North Koreans, Chinese, South Koreans, the U.S. and the Commonwealth forces. There is something for every player of Bolt Action to experience in the Korean War. 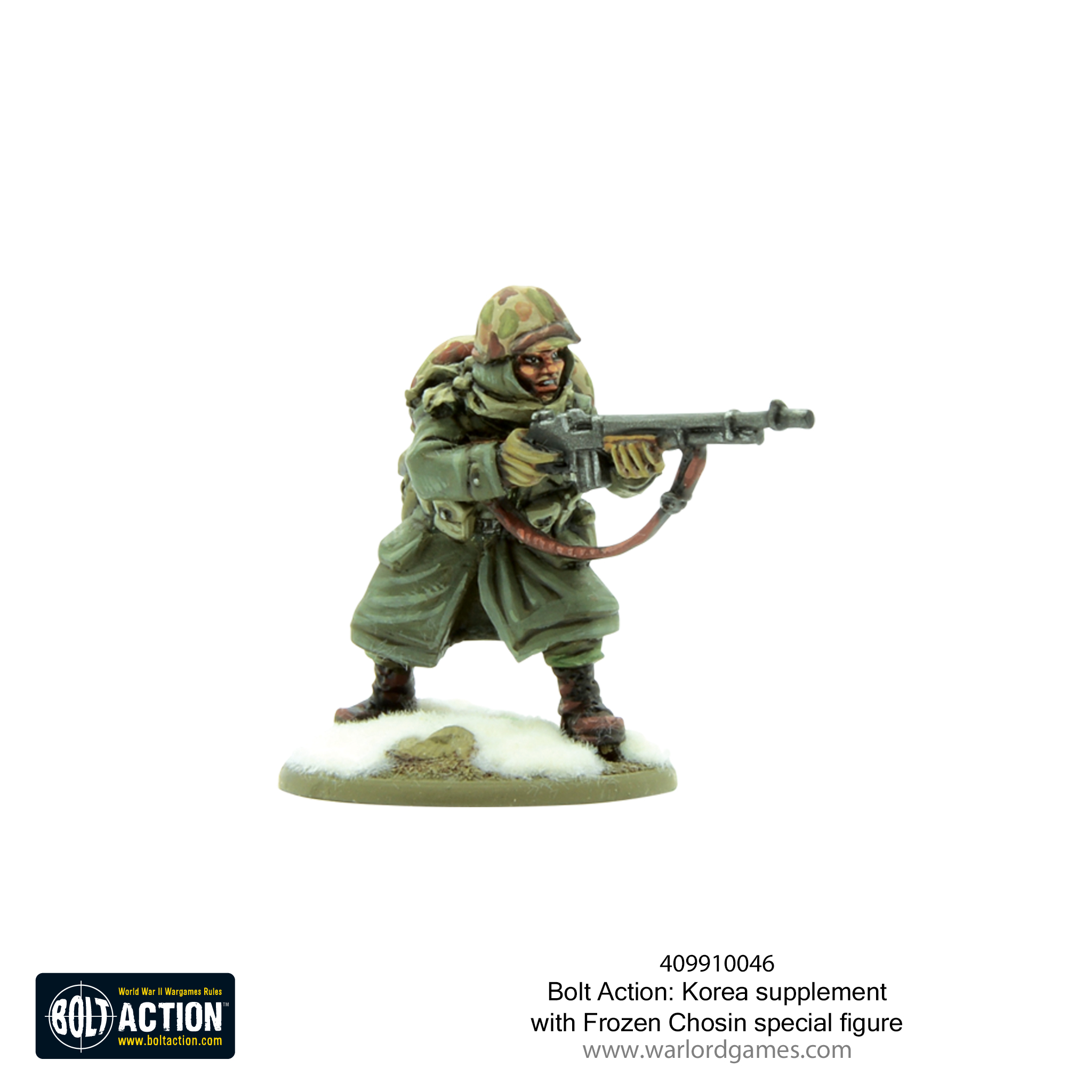 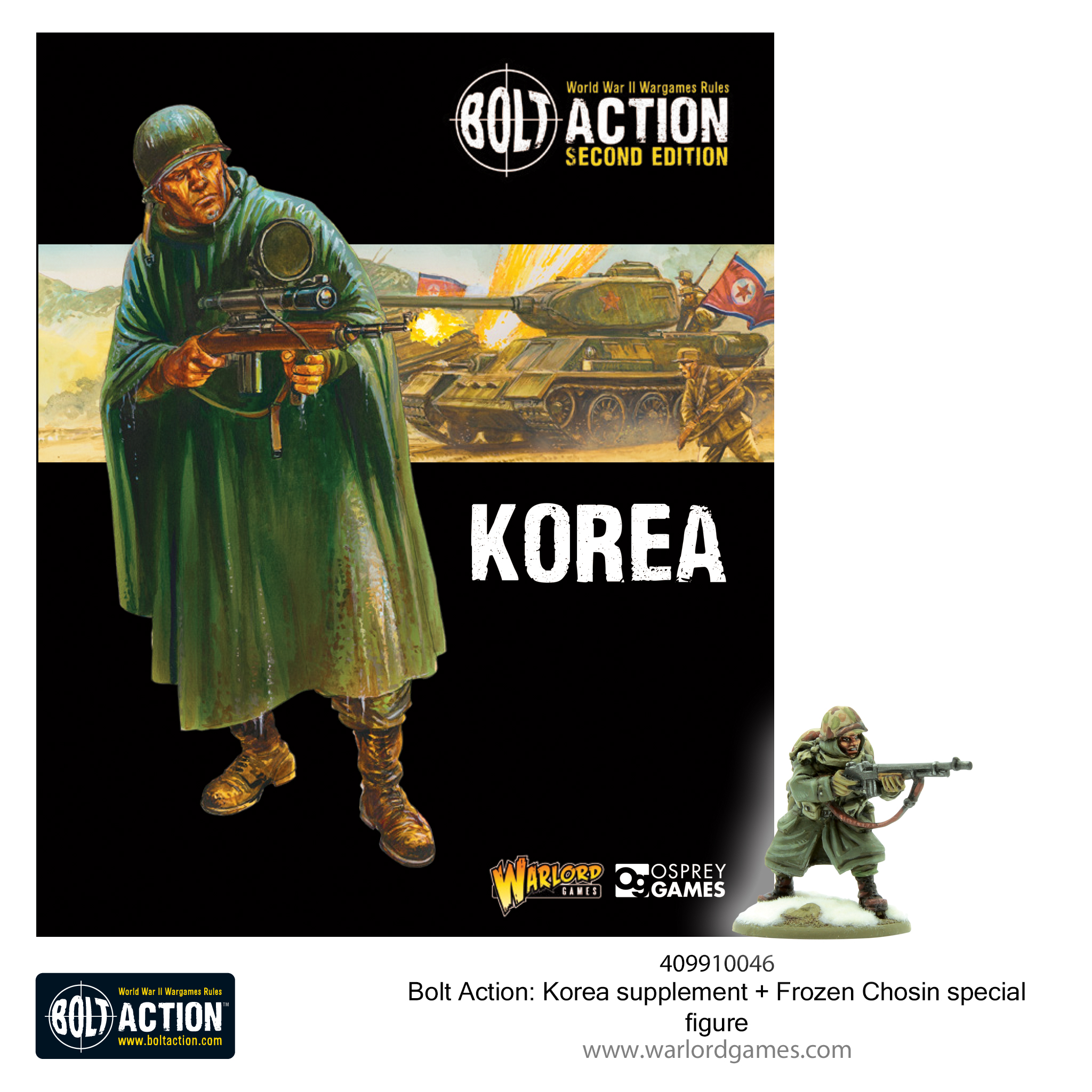 Get started with Bolt Action Korea

We’re marking the 70th anniversary of the commencement of the Korean War with some spectacular bundles. Armed with the Bolt Action rulebook, the Korea supplement and enough fantastic miniatures to assemble a capable 1000 point army, you’ll be gaming the ‘Forgotten War’ on the tabletop in no time. 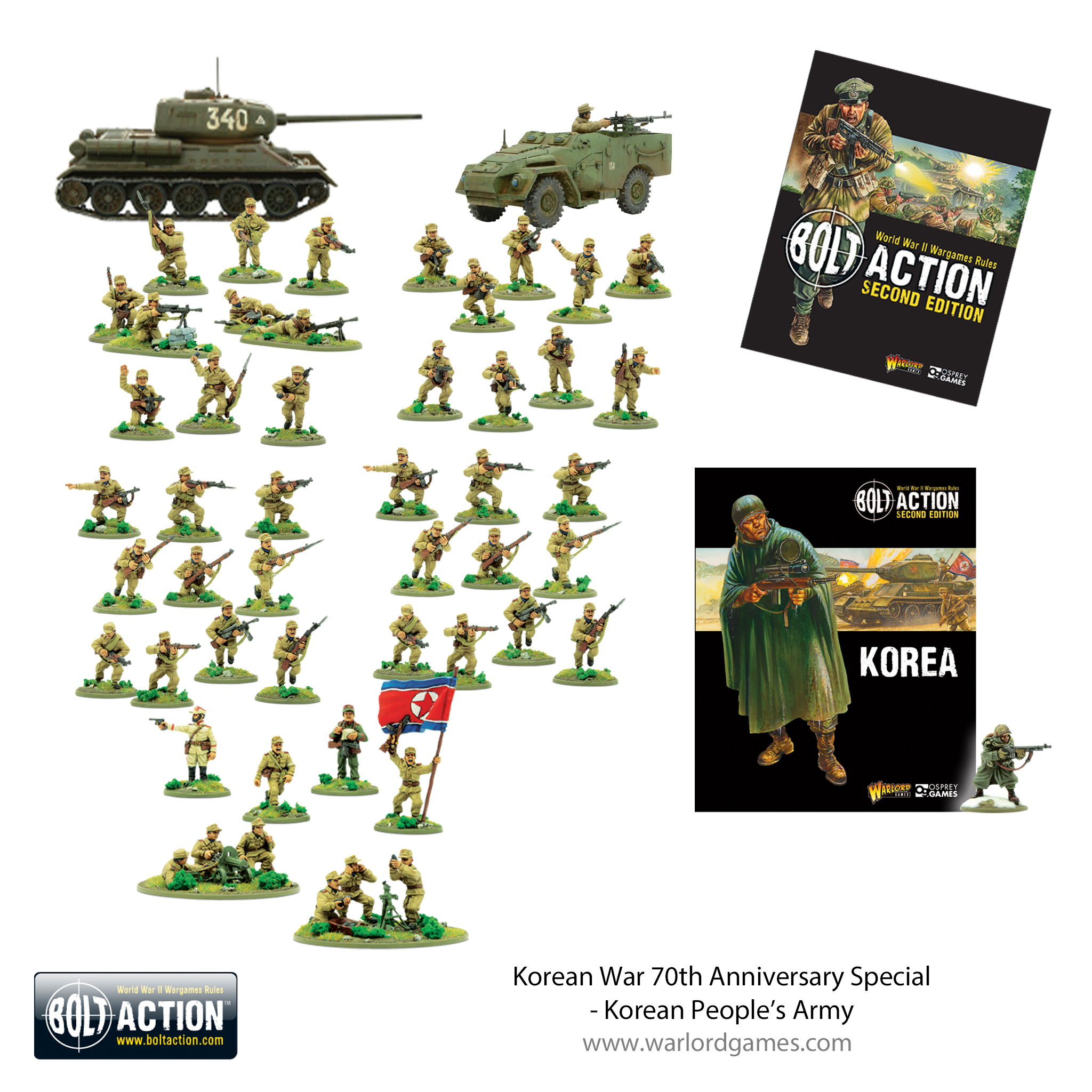 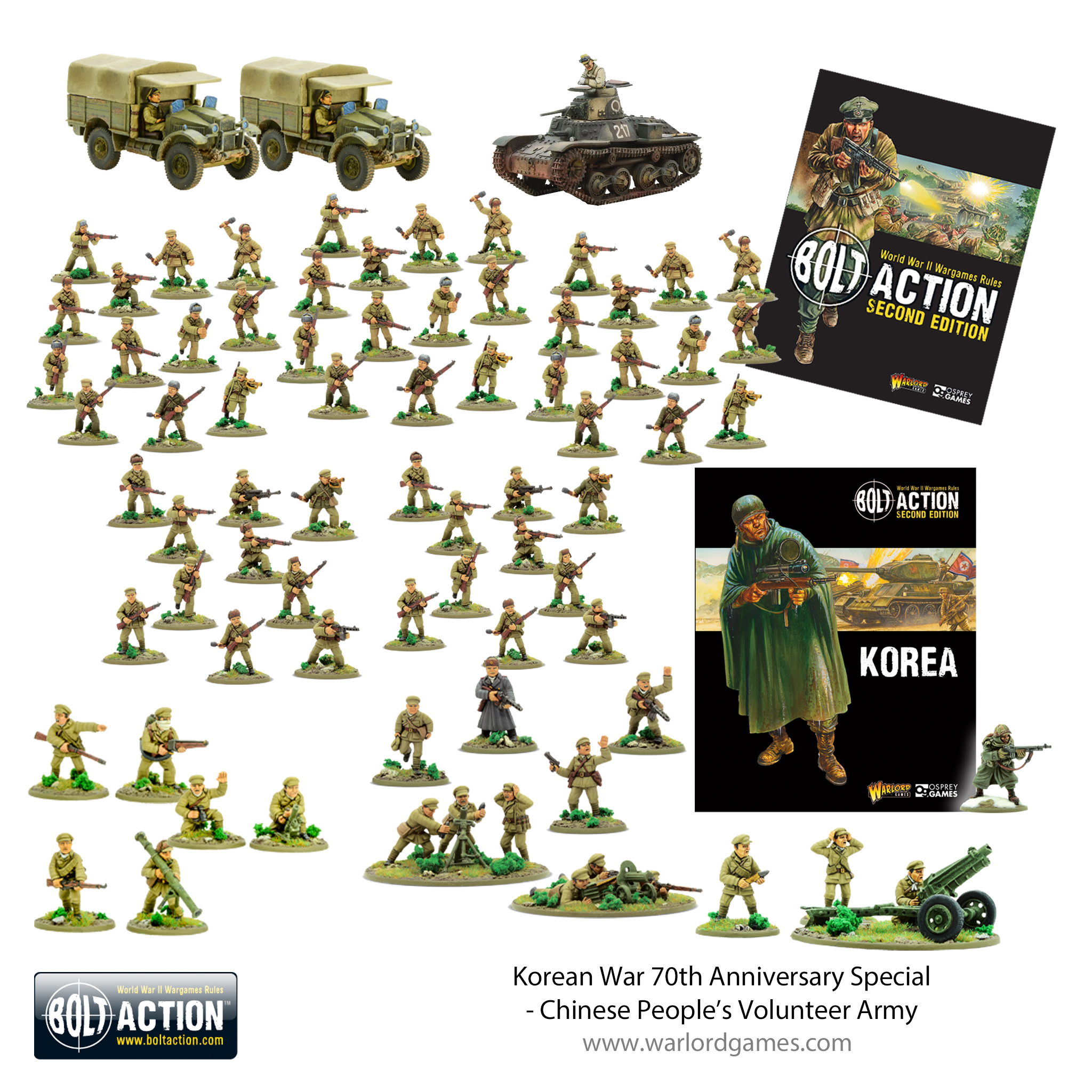 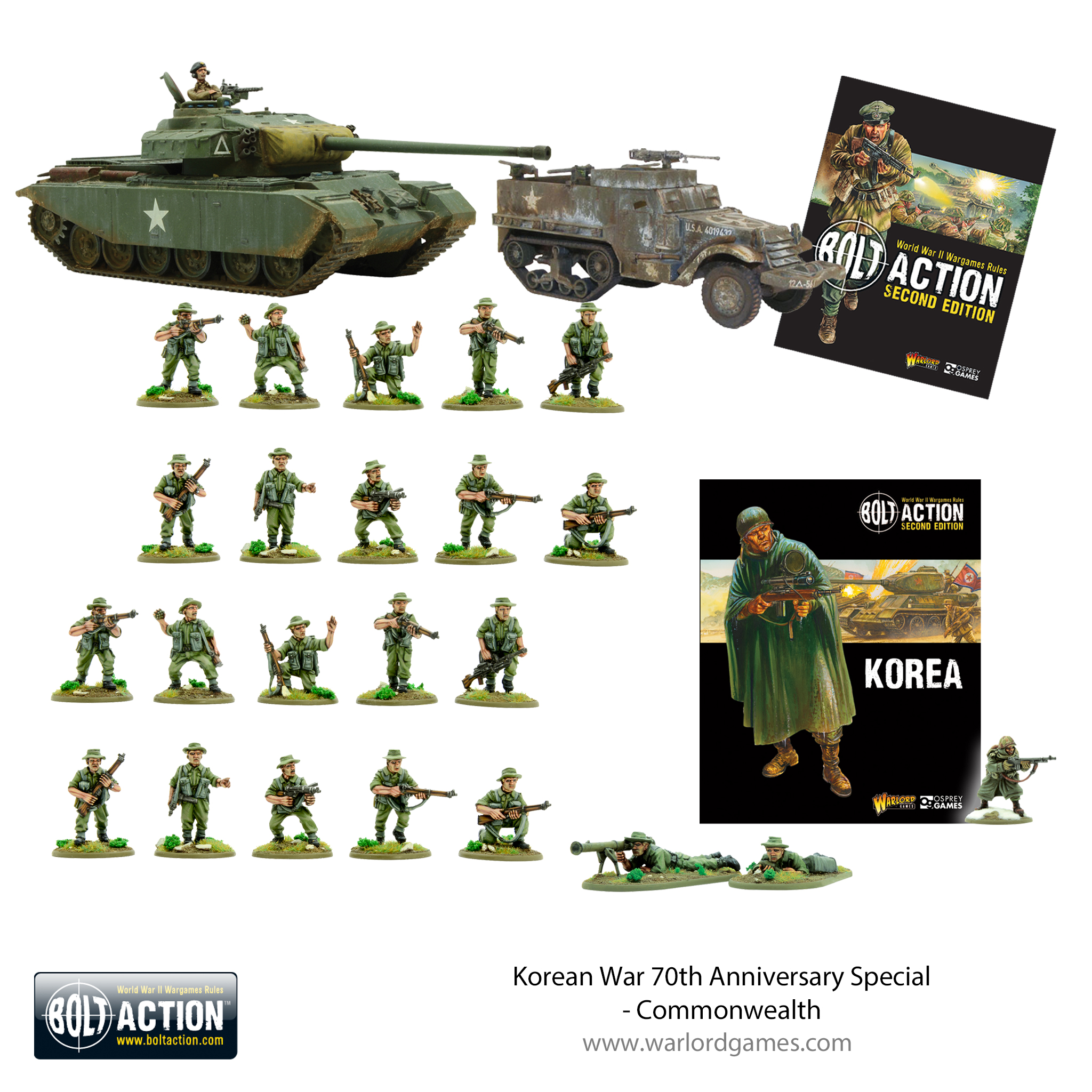 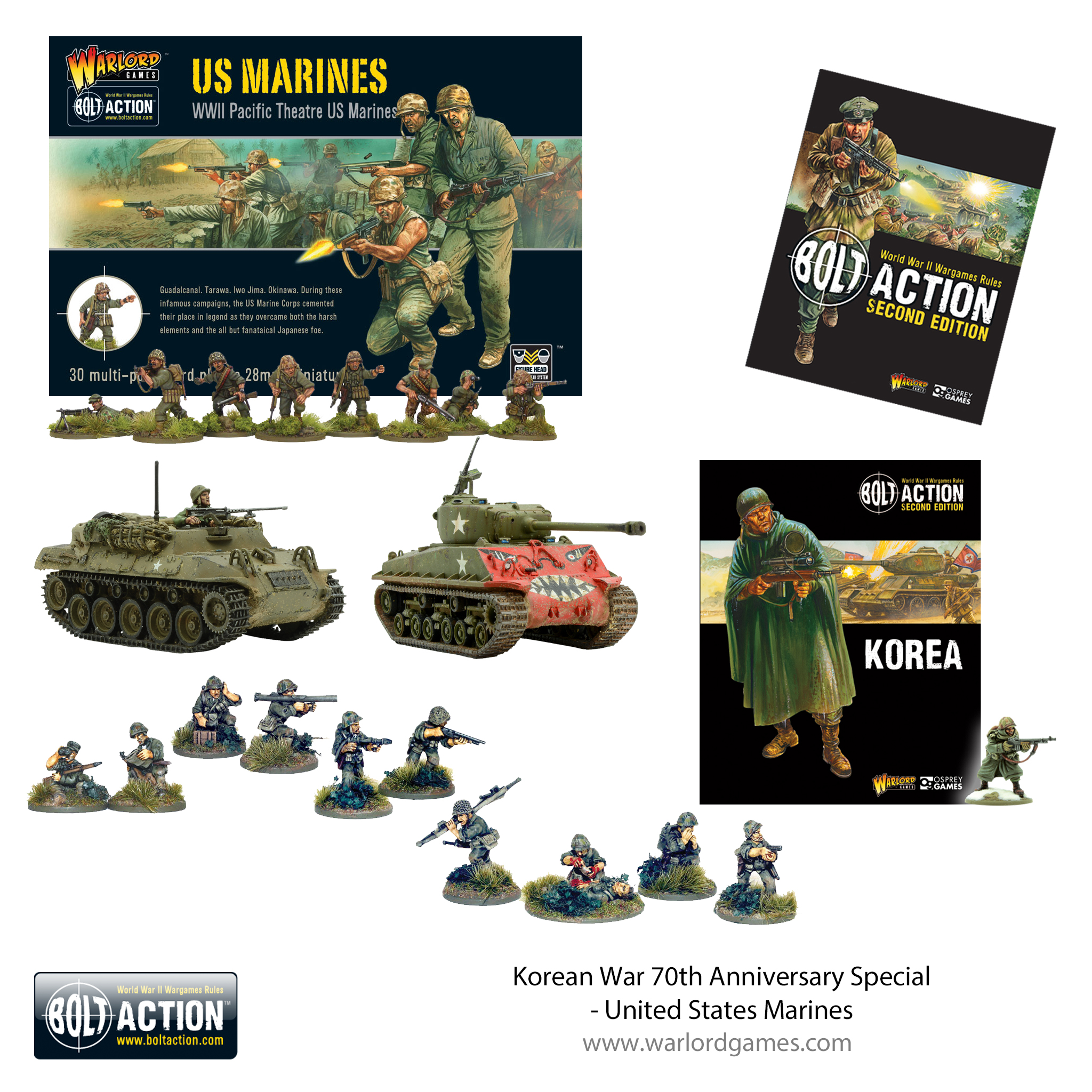 Dan can often be found contemplating the mound of unpainted minis building up under his desk. He has a tendency to roll lots of ones. He also has a tendency to complain about rolling lots of ones.
View Profile | View all posts by Dan Hewitson
New Experimental Rules: Bolt Action Korea
Here there be Monsters: Terrors of the Deep 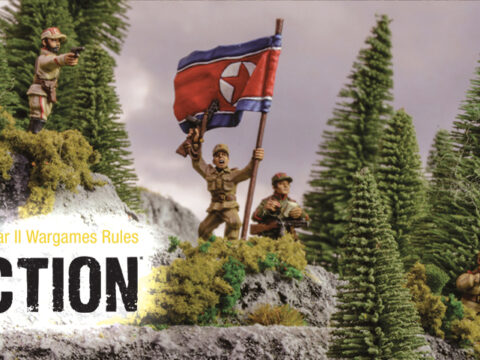 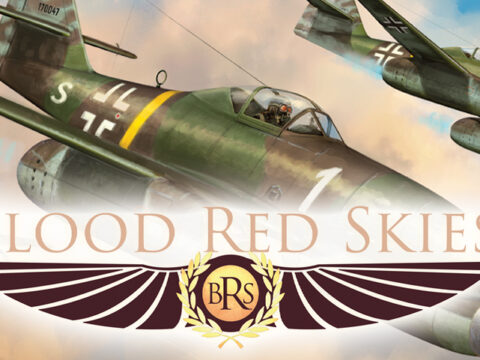