We’ve seen quite a bit of chatter about these models since we showed them off online and at Historicon 2009. Therefore we’re very happy to announce that our plastic Imperial Roman Auxiliaries are now available for sale. 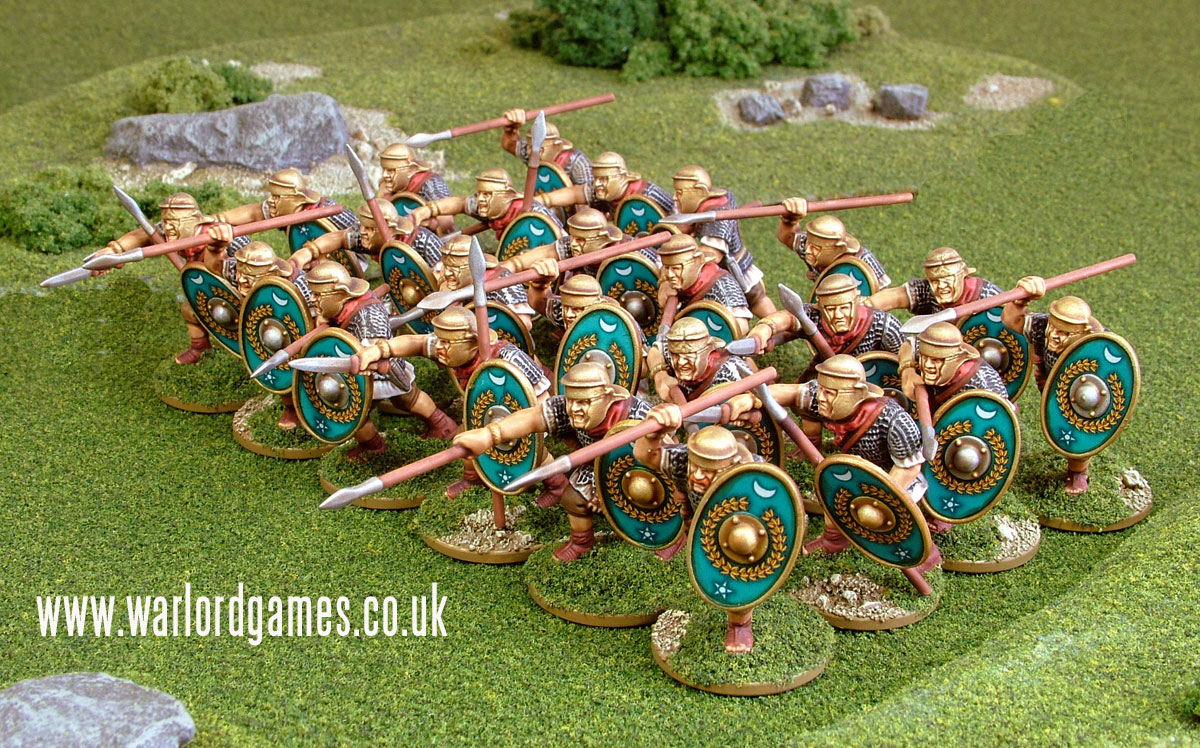 Auxiliaries (or Auxilia) were fielded in centuries like Legionaries and were grouped into larger military formations known as either as cohors quingenaria or cohors milliaria which were attached to legions under legionary command rather than forming their own command. As you can see below, we are taking a bit of a departure with this boxed set by including single-piece bodies with separate arms, weapons, and shields. 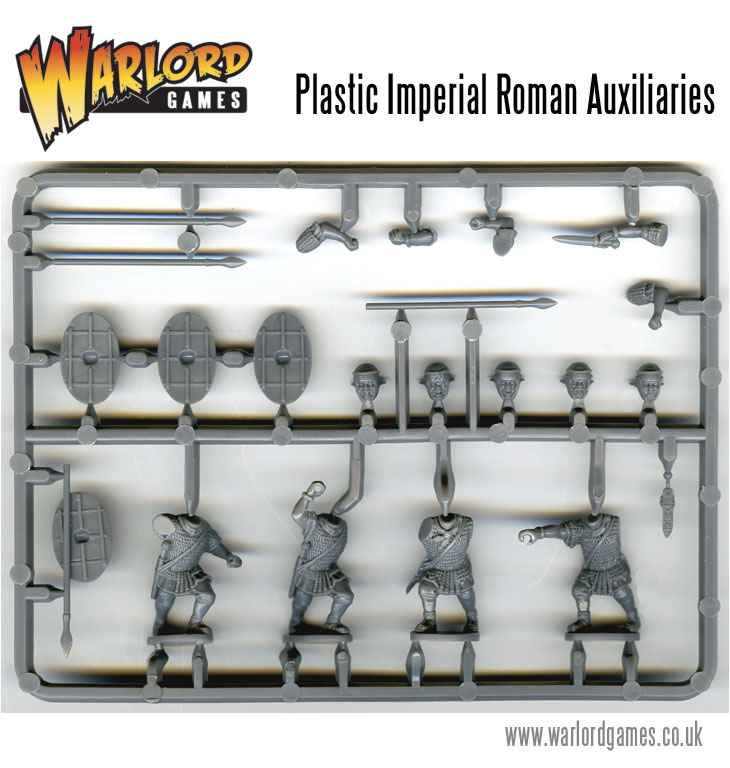 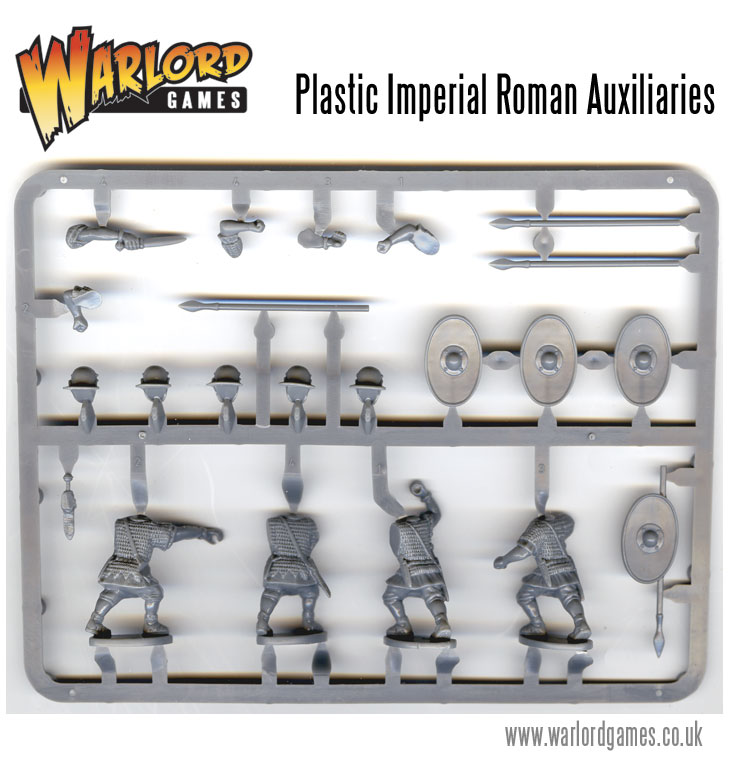 As usual, Peter Dennis has created some stonking boxed top art for us. Again, in a departure from the norm, we have set our painting in the streets of a Middle East settlement rather than on some far-flung battlefield. Auxilia were used for screening, scouting, and skirmishing as well as in set-piece battle formations but it’s not a stretch to imagine them also being used for urban pacification. 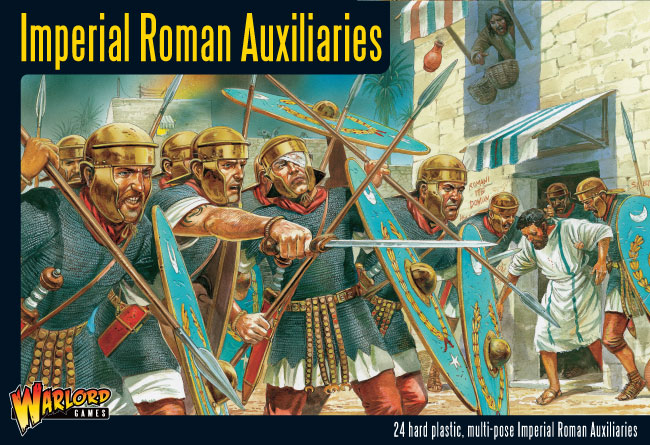 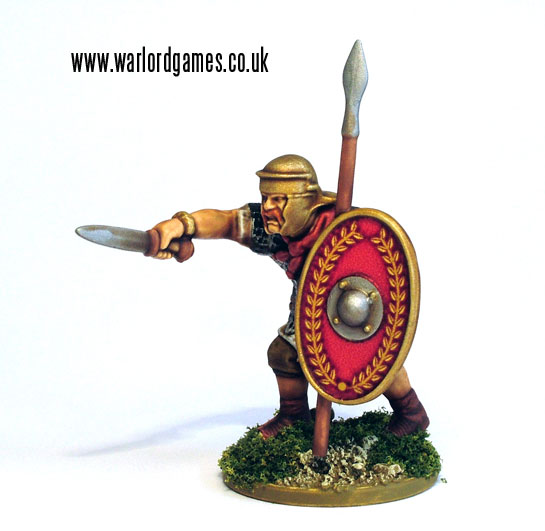 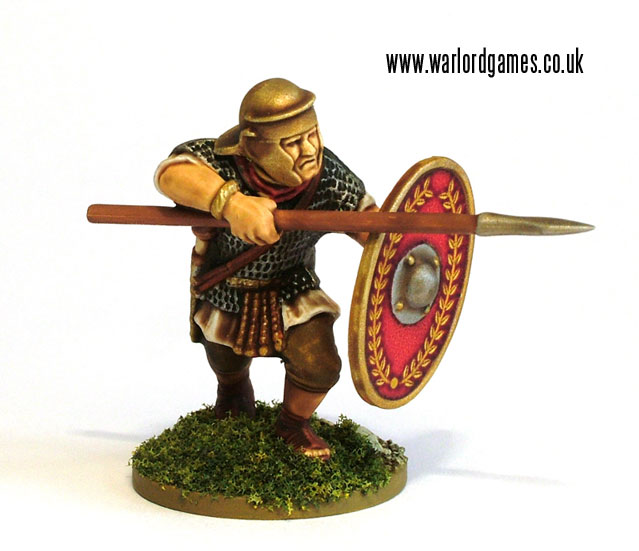 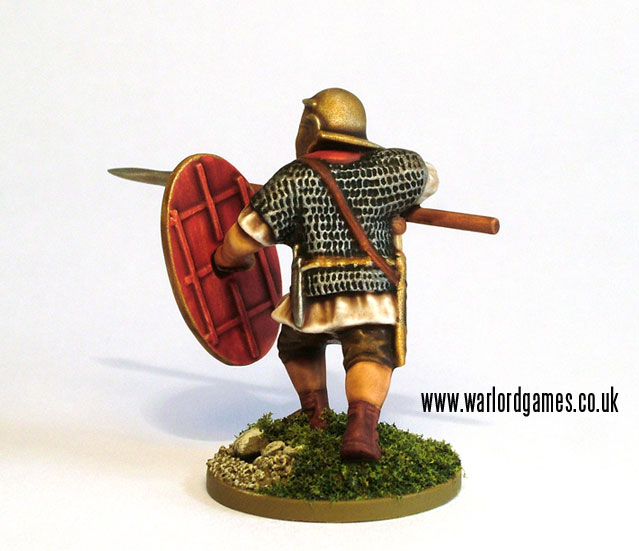 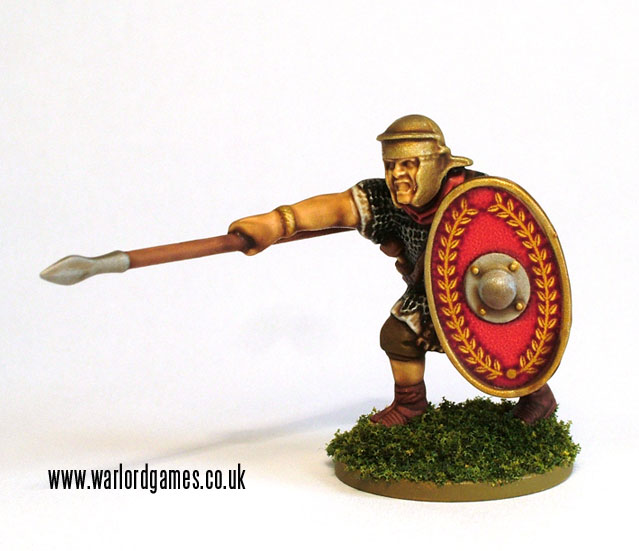 Auxilia centuries were led by Centurions promoted from their own ranks, or from those brought over from the Legions. The overall cohort commander was often a prefect or tribune. 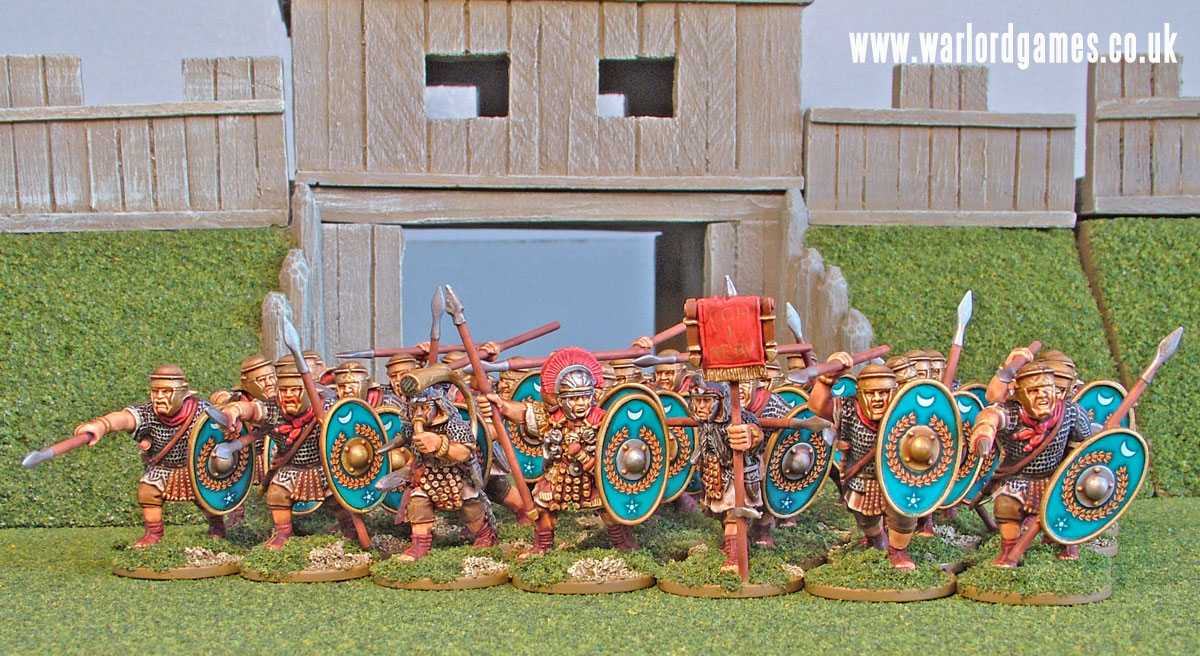 As always we strive at Warlord Games to give you the complete package when it comes to our miniatures. So you’ll be pleased to find enough waterslide transfers in the box to equip all of your Auxilia for battle (and then some). 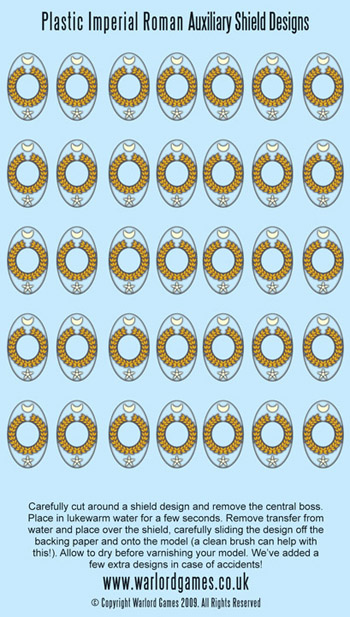 Speaking of shields, our pals at Little Big Men Studios have 4 new sheets of transfers designed especially for the new models. You can order them in the webstore now and can view them all here: 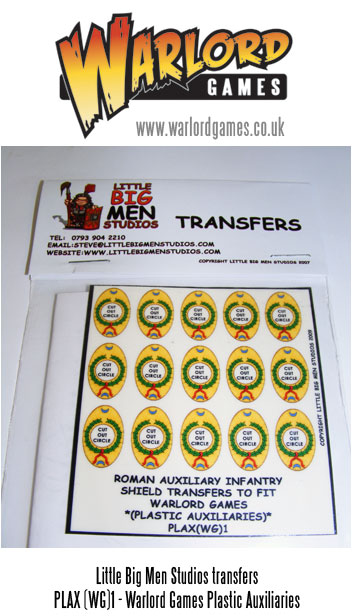 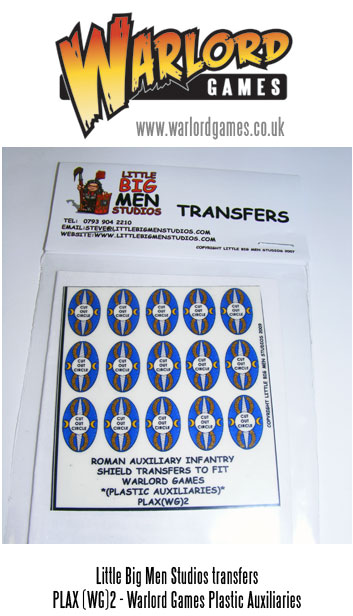 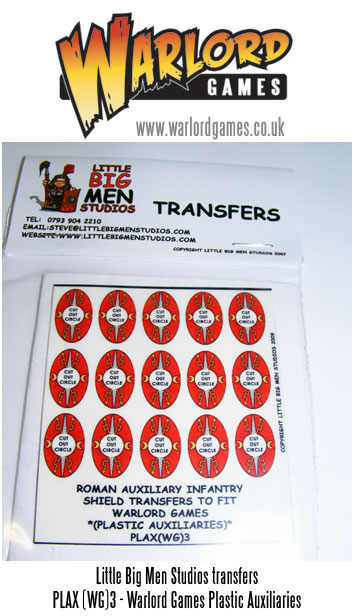 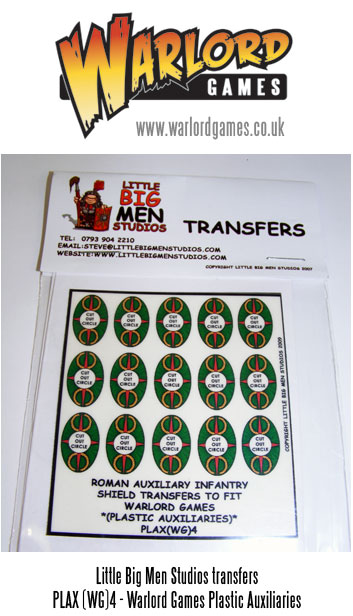 You can find our new plastic Imperial Roman Auxiliaries available for order right now in the Warlord webstore.