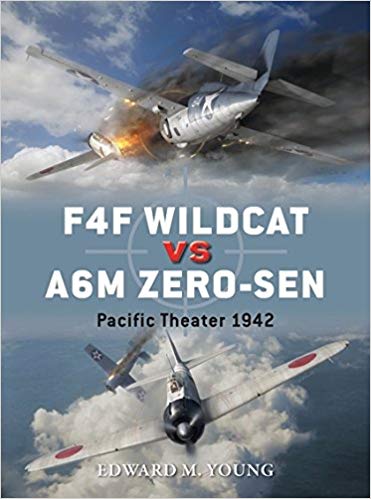 The Grumman F4F Wildcat and the Mitsubishi A6M Zero-sen were contemporaries, although designed to very different requirements. The Wildcat, ruggedly built to survive the rigours of carrier operations, was the best carrier fighter the US Navy had available when the USA entered World War II, and it remained the principal fighter for the US Navy and the US Marine Corps until 1942-43. With a speed greater than 300mph, exceptional manoeuvrability, long range, and an impressive armament the slick Zero-sen could out-perform any Allied fighter in 1941-42. The battles between the Wildcat and the Zero-sen during 1942 represent a classic duel in which pilots flying a nominally inferior fighter successfully developed air-combat tactics that negated the strengths of their opponent.

Edward Young received his BA in Political Science from Harvard University and his MA from the University of Washington. Prior to his retirement to Seattle, Washington, he was a banker and financial analyst with assignments in New York, London, Tokyo, and Hong Kong. He is the author of several books on aviation history and Osprey Campaign 136: Meiktila 1945.