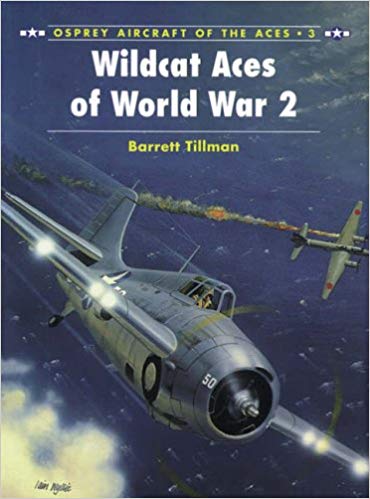 Arguably the most important piston-engined single-seat fighter design ever to see service with the US Navy and Marine Corps, the aesthetically inelegant F4F Wildcat achieved much acclaim during its bloody frontline career. Thrown into combat at Coral Sea, Midway and Guadalcanal, the handful of Wildcat units of the Navy and Marine Corps took on large numbers of fighters and bombers and came out victorious. On the European front, the Royal Navy’s Fleet Air Arm also put the fighter to effective use from escort carriers, protecting Atlantic convoys from Luftwaffe attacks.

Barrett Tillman is the world’s most prolific US naval aviation author, having published over two-dozen titles on the World War 2 period alone. He has written numerous books for Osprey in recent years, and he is currently working on several future projects too.

An airbrush artist with years of experience, Chris Davey has become Osprey’s principal illustrator of RAF aircraft, having produced the profiles for over a dozen books since 1994. His most recent work includes Aces 27 and 30, and Combat Aircraft 14 and 19. He is particularly adept at ‘big’ aircraft like the Halifax and Sunderland.