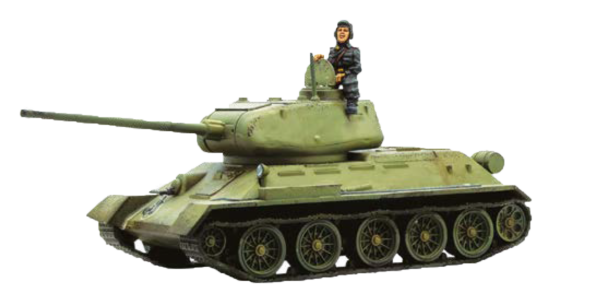 The three remaining miniatures can act as objective markers in a regular game, or better yet as representations of your experienced crew escaping from their brewing tank in a campaign game where keeping your crew skills is vital (pages 25-32 Tank War).

These great crew figures can use the optional rule from page 31 of Tank War to become part of your fighting units, even after losing their tank to enemy firepower, even taking objectives if needs be. 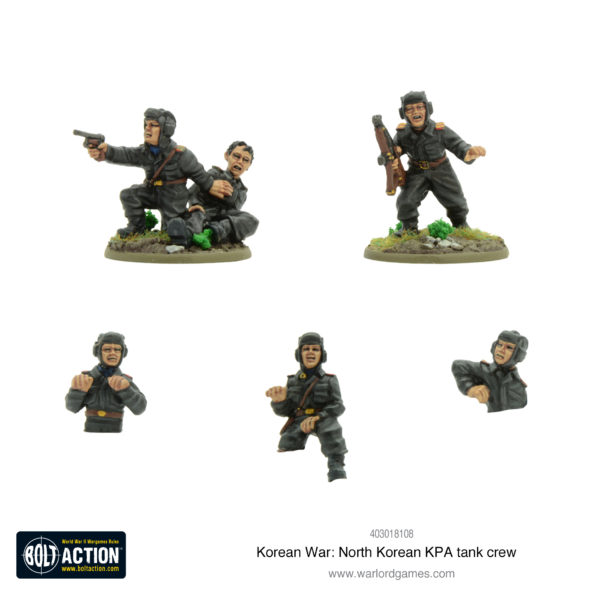 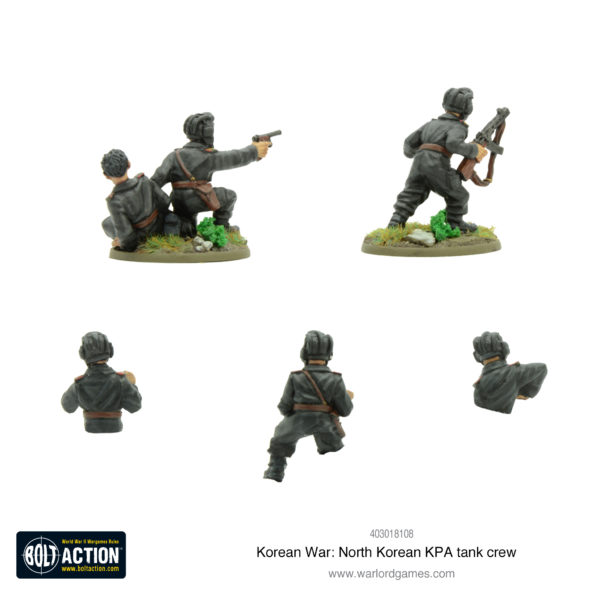 The KPA army list allows you to take T-34/85 Medium tanks; these provide an ideal mount for the mounted KPA tank crew figures. The T-34/85 was the undisputed King of the battlefield in the early stages of the Korean conflict. That is, until the arrival of the American armoured divisions. 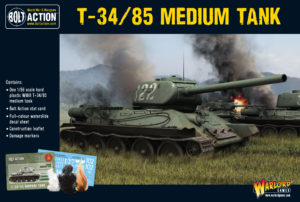 Dan can often be found contemplating the mound of unpainted minis building up under his desk. He has a tendency to roll lots of ones. He also has a tendency to complain about rolling lots of ones.
View Profile | View all posts by Dan Hewitson
Gates of Antares: Ghar Outcasts
Korean War: North Korean KPA dSHK HMG team