Beyond the Gates of Antares, Ghar Outcast Rebels

The Ghar Outcasts are multiplying. Enhance your Ghar Empire forces with these alternative sculpts for your Gates of Antares force.

Ghar Outcasts are the most pitiful dregs of Ghar society. They are the lowest of the low; retaining no status and pressed into the most menial and most dangerous tasks. 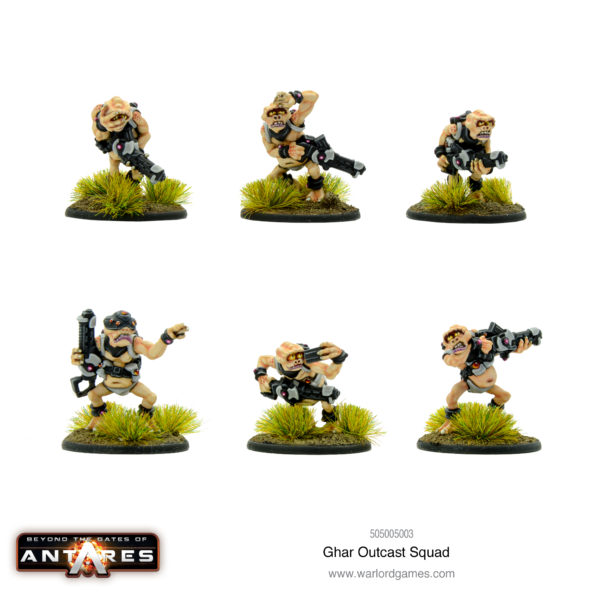 The Outcasts are armed with crude Lugger Guns, and are not very adept with them!  They are ill-equipped in the context of Antares. As it is futile to hope for much in the way of prowess from a singular Outcast, there is little point in arming them with expensive trickery! They really come into their own as a meat shield sent to scout (and likely become victims of) enemy positions.

You can learn more about the role Ghar Outcasts play in the context of Ghar society here. 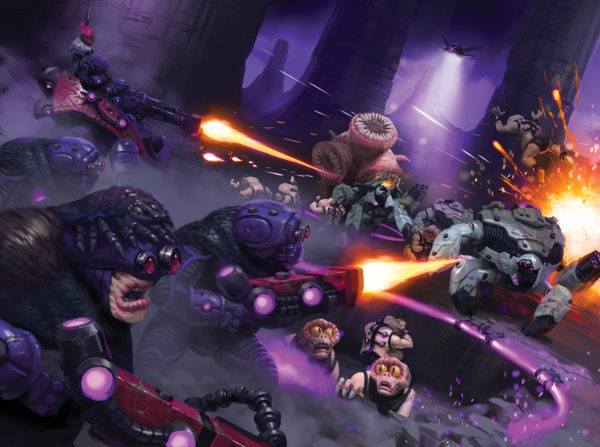 Ghar Outcasts are not particularly effective. No Ghar would choose to fight without battlesuit, yet these are pressed to do so. Their senses are poor and their bodies weak. They are also normally unable to benefit from command, hero, or follow special rules from non-outcast units (with the exception of a Ghar High Commander). However, they are numerous.

The Lugger gun they carry isn’t hugely effective, but benefits from being wielded by massed ranks of Outcasts.

This blister pack gives you six new Ghar Outcast sculpts including an Outcast Leader, all armed with Lugger Guns. 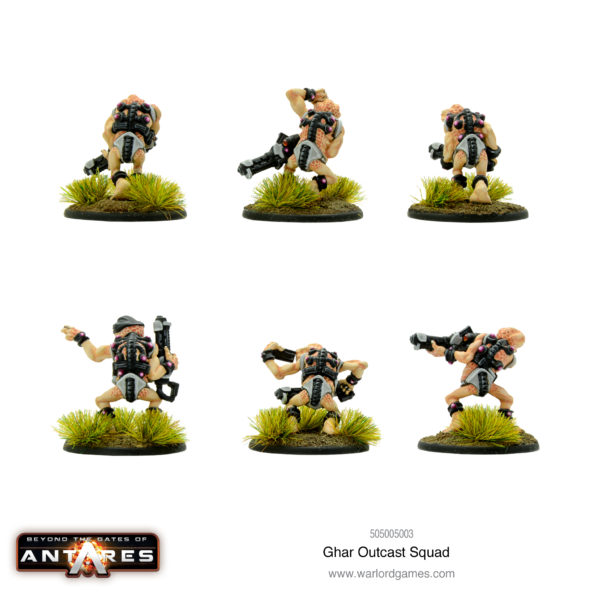 For some extra firepower, Ghar outcasts use a powered walker equipped with a core disruptor cannon. It requires an Outcast crew to operate, much to their dismay!  It is an extremely crude weapon – but this suits the Ghar mentality perfectly!

Ghar disruptor weapons are all bomb‐like shells propelled by steam‐plasma combustion using plasma generated by a reactor. This is an ancient and highly volatile technology long surpassed by Antarean civilisations 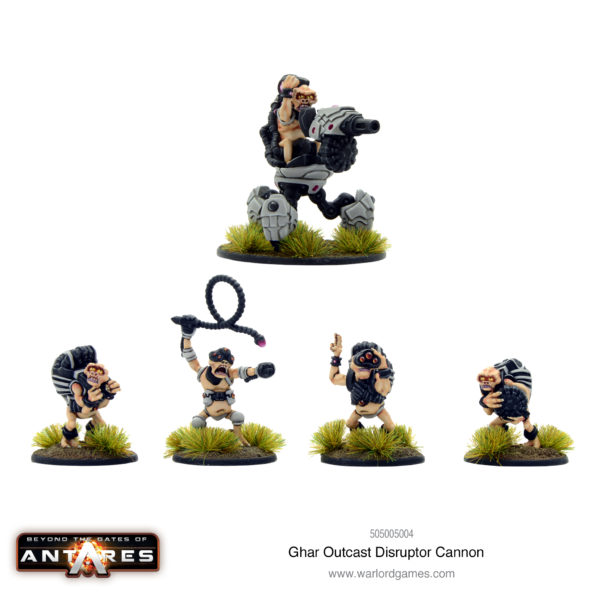 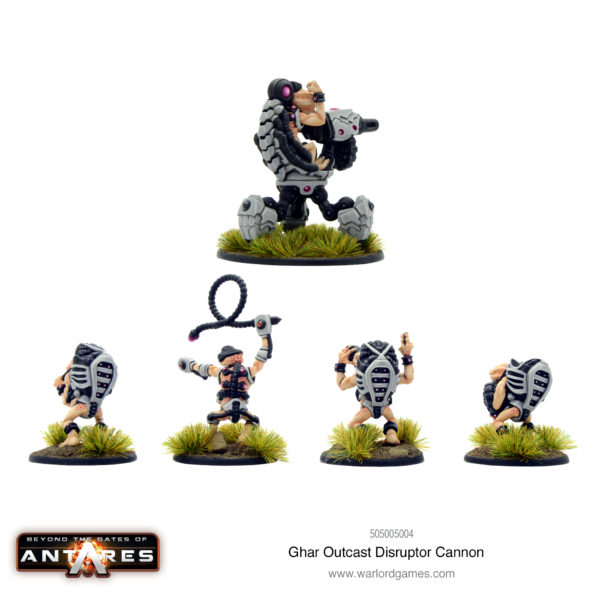 Get Started with the Ghar Empire

Dan can often be found contemplating the mound of unpainted minis building up under his desk. He has a tendency to roll lots of ones. He also has a tendency to complain about rolling lots of ones.
View Profile | View all posts by Dan Hewitson
Spotlight: Vehicles of the 21st Panzer Division
Korean War: North Korean KPA Tank Crew