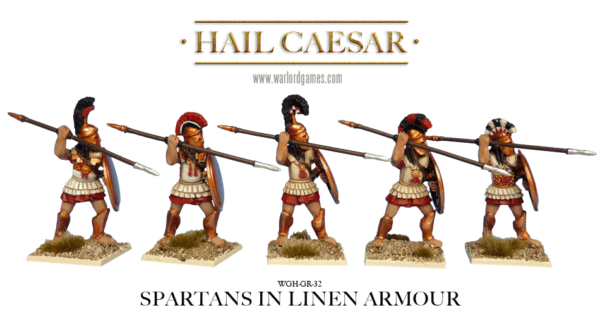 The term ‘Spartan’ should only be used to donate the hoplites from the principal city of Sparta; the hoplites employed from other territories on the Peloponnese were ‘Lakedaimonian’.  There is a widely held belief that the Spartans wore only bronze armour. This is not true, although due to their hoplite profession they are likely to have included a far higher proportion of bronze armoured hoplites.

It is likely that the Spartans were among the first to adopt the linen cuirass, as they had strong trade links with Asia and Egypt (where the cuirass is thought to have originated) , where they often served as mercenaries.

It is said that the Spartans could be distinguished by their long hair which hung from under their helmets. Although some may have tied this around and onto their foreheads in the typical Greek fashion when fighting.

Every hoplite in a Spartan phalanx is likely to have been armoured to a better degree than hoplites from the other Greek cities, as their only occupation was fighting!

Each miniature comes with separate shield arm and spear arm allowing you loads of variety and posing options. 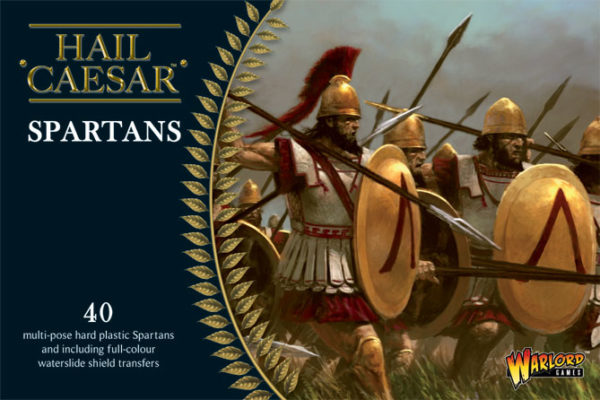 Don’t forget you can also get hold of our plastic Spartans too.  These multi-pose plastic miniatures come with waterslide shield transfers and with an RRP of £20 for 40 you’re only paying 50p per model – bargain!

And fresh from the brush of Steve Hales from Little Big Men Studios is this beautiful sheet of Spartan shield designs. Anyone who has seen LBMS shield designs on a miniature before will no doubt tell you how awesome they are, transforming your lovingly painted figure into a work of art! 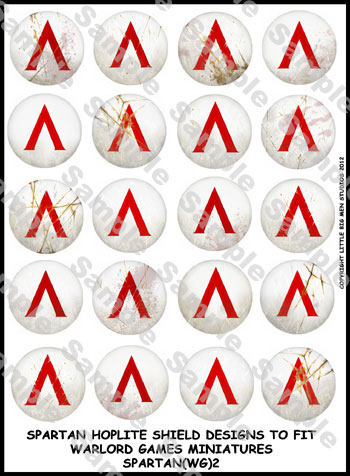