Warlord’s own John Stallard is having something of a funny turn. Espousing the goodness in all things Scottish he’s had to sent away for a week’s rehab. Before he was take away we managed to grab a few miniatures he’d been working on – Scottish Dragoons! 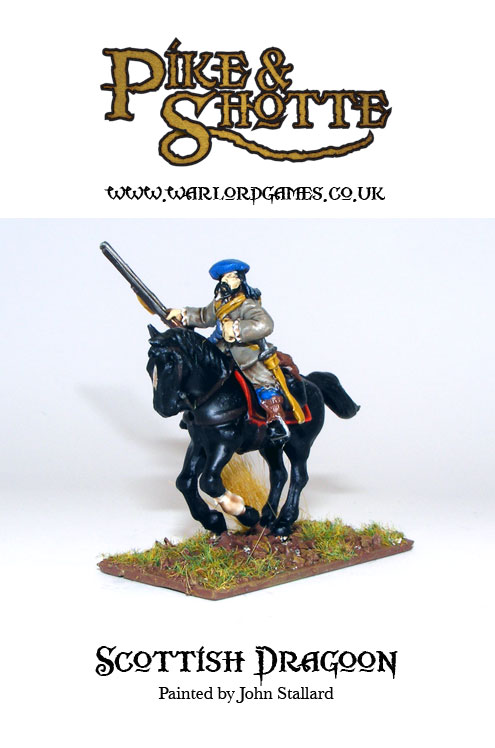 Warlord are giving your Covenanter infantry some much-needed support in the form of Covenant lowland Scottish Dragoons. Using our metal and plastic Dragoons boxed set we have put in 24 Scots bonnets (the defining mark of Scottish units) at no extra cost. This allows you to field serious units of mounted shot and seize that bridge, take that copse or pour fire into over-confident English cavalry! 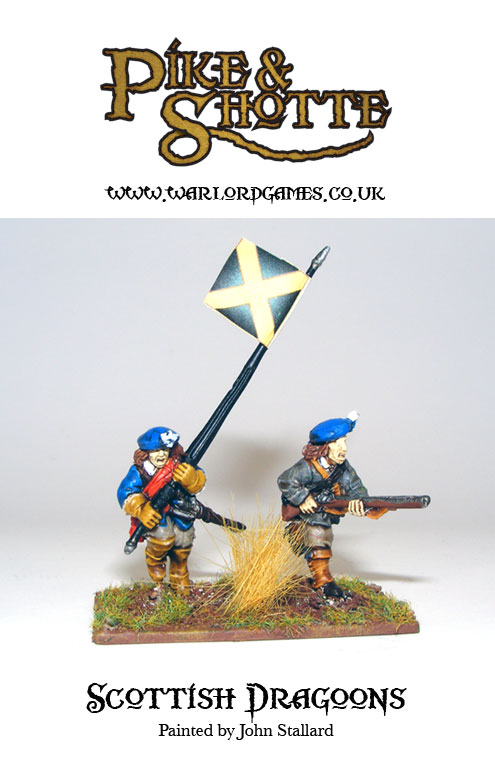 All Covenanter armies should field dragoons – at least one or two regiments. The armies of Montrose also used mounted shot as cheap dragoons so a quick paint job and a little work will give your Royalist Montrose force fast-moving shot! 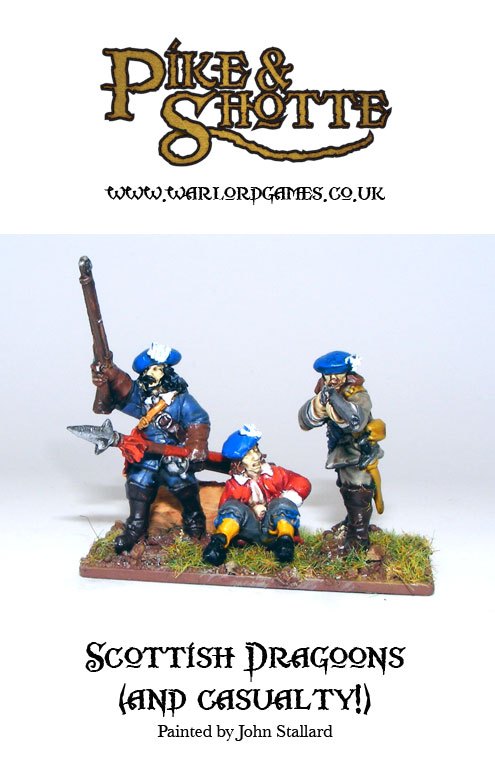 These lovely North-of-the-border miniatures are available via mail order only. Get your Dragoons now in the Warlord webstore, and give the enemy a belly full of shot!