Now available as a boxed set, our 6-piece resin Testudo has now been joined by a suitably gruff Centurion leading from the front. The Romans aren’t having it all their own way though as the set also contains loads of arrows with which you can pepper your Testudo! 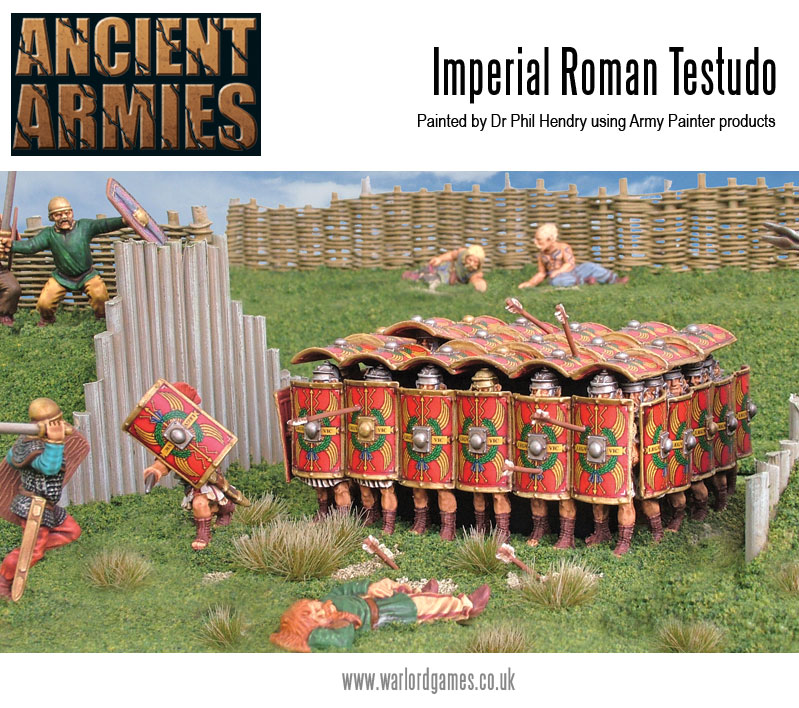 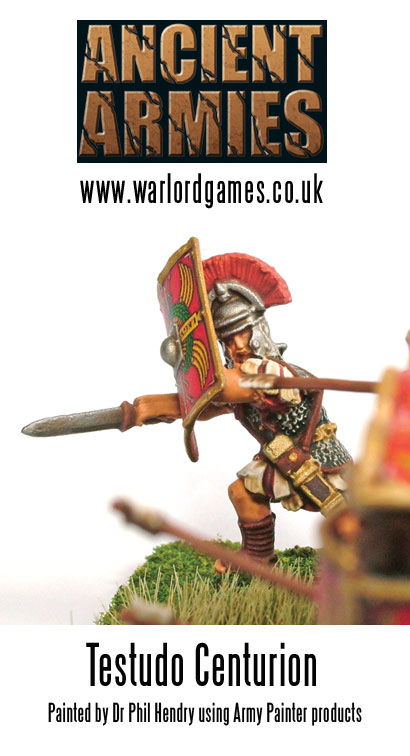 As you can see, even though this Centurion truly believes in showing his men valor through action, he’s not so foolish as to let his guard down now that he’s outside the relative safety of his unit’s tight-packed formation. How could any Imperial Roman General not want this sort of bravery for his army? This Centurion model is exclusive to this boxed set – you won’t be able to get him separately! 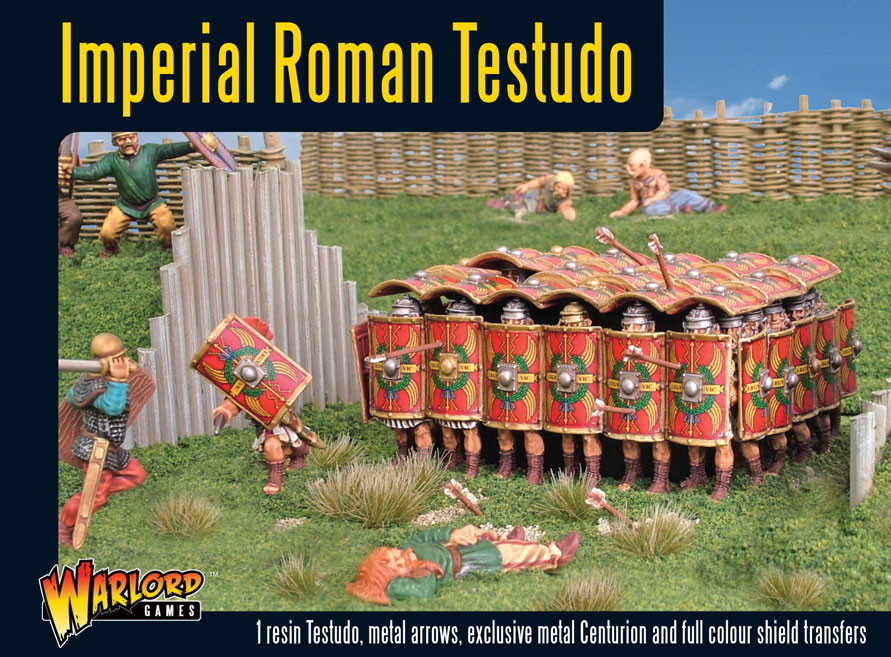 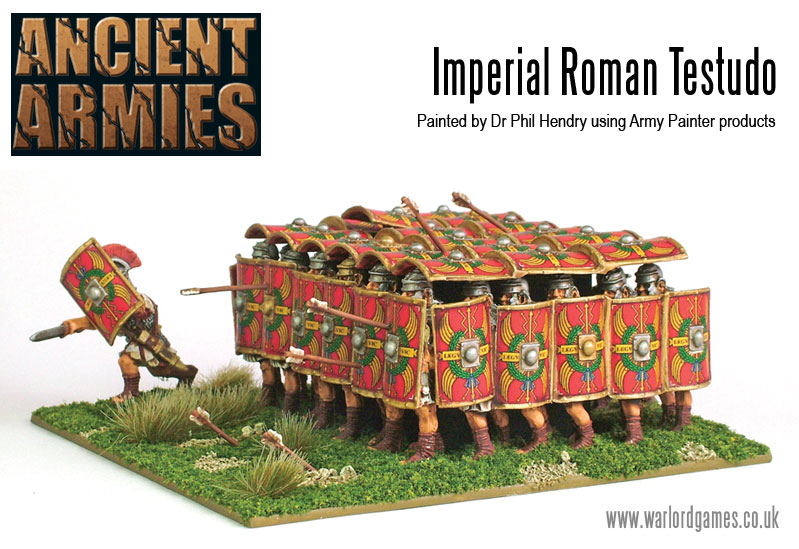 We feel it is quite obvious that every Roman player should have (at least) one of these. The rampaging Centurion directing his men forward will only be found in this boxed set! You also get three sprues of metal arrows with with to pepper your Testudo’s shields. Check it out in the Warlord webstore.