Here at Warlord Games we read our message boards quite frequently (some might say too frequently). So, when we saw the chatter that our Pike & Shotte Specialists pack preview was generating, we were sure that we had a winner on our hands.

Well now is the time to prove us right as this excellent blister pack containing two finely detailed and hugely characterful miniatures is now available in the Warlord webstore! Note that the pack contains the two metal miniatures and the Saker cannon is not included! 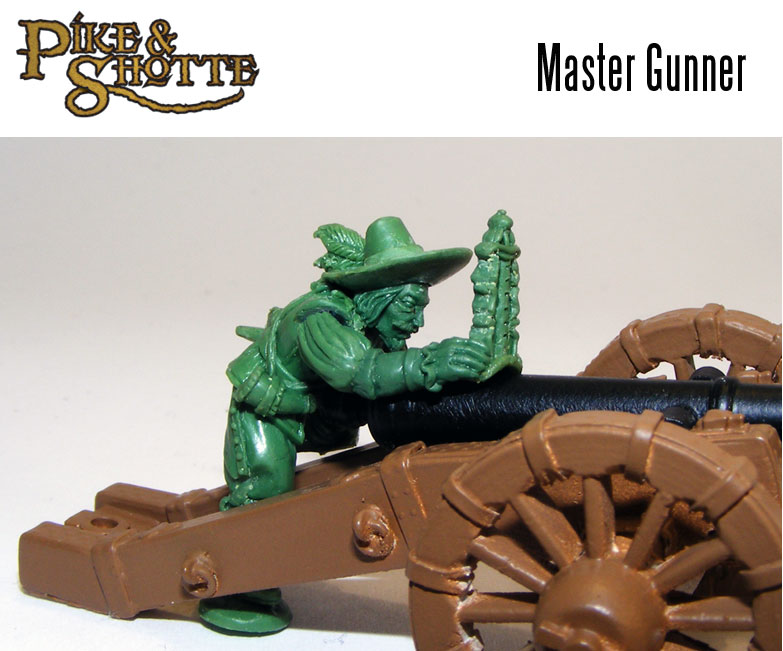 When war broke out in 1642 in England all armies poured their money into forming large trains of expensive artillery. What was not readily available were the trained personnel to man the guns. Labourers and common soldiers were easy to employ, but Gun Captains and Battery commanders who really knew their trade were few and far between.

Our master gunner, a Dutch mercenary, is laying a target with his gunner’s sight. Gunnery in the 17th Century was part science and part craft, but there was no substitute for experience in the field. He would be a civilian, richly dressed, well paid and not above swapping sides or returning to Europe’s wars if the pay was not to his liking. 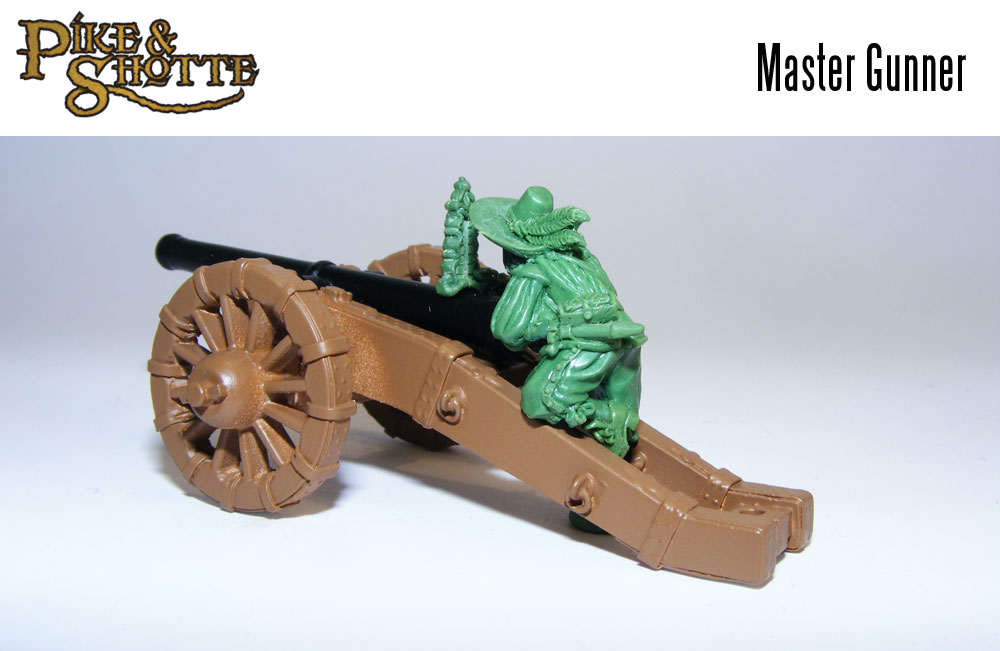 ‘Old Tom’ as his subordinates call him has been the squire’s gamekeeper for as long as most can remember. A skilled marksman, hunter and no friend to poachers, Tom rarely needs a second shot to fell any creature large or small.

Tom jokes that it is his steady eye and sobriety that ensures his unerring accuracy, but his young understudies think that it may have more to do with trusted and valuable long wheel lock musket and given one any fool could shoot as well. 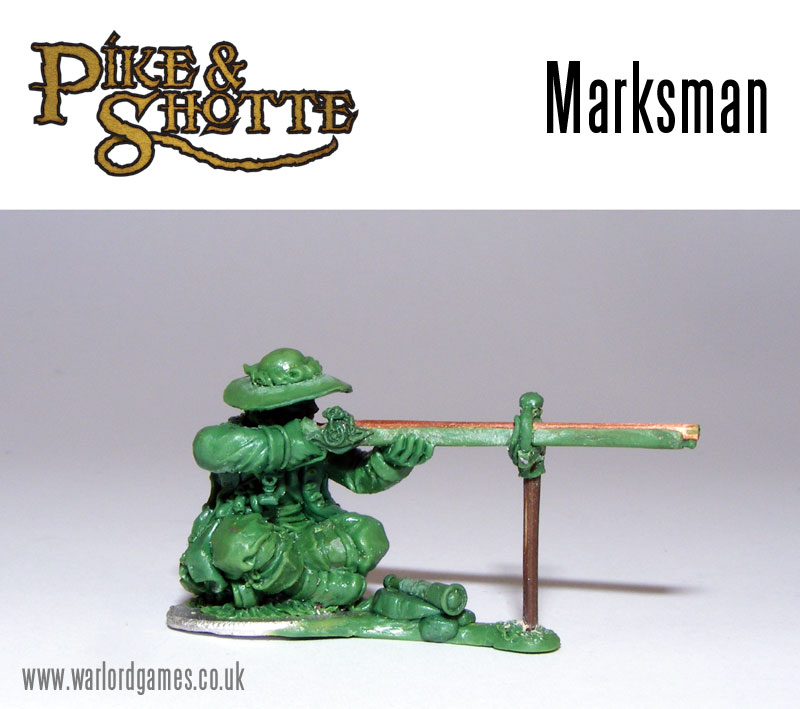 Marksmen were rare in the Civil wars, but turn up in certain Swedish regiments in the Thirty Years’ War in a regular fashion. Marksmen were principally used in sieges, where they were employed in towers to pick off besieging gunners and specialists, or in the siege lines where they tried to do precisely the same thing back.

At the siege of Latham House in Lancashire, Lady Derby’s small garrison held out against far larger besieging force. She used her gamekeepers to pick off unwary Parliamentarians. Incensed by this sniping, the Roundheads built a wooden ‘sow’, an enclosed stout wooden box to advance in safety. 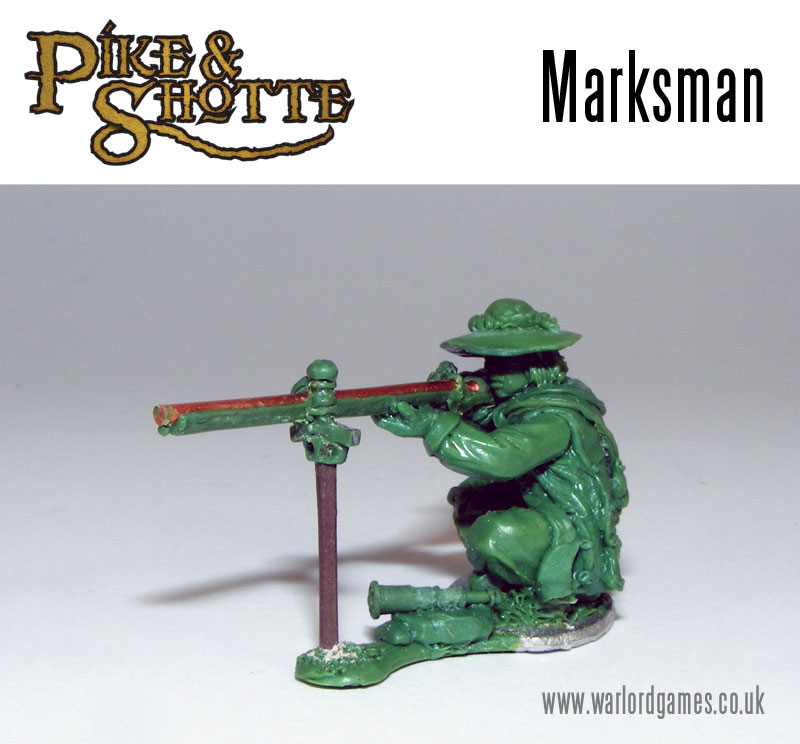 Sadly the keen-eyed snipers merely shot them in the ankles and feet which were still unprotected. Poor Parliamentarian Lord Brooke was also assassinated by a marksman named ‘Dumb’ Dyott who had placed himself in Lichfield Cathedral tower and shot him dead, and though we do not know what weapon he had it was an impressive shot by any standards.

So, here we have Tom, who has crept out early between the lines to take a shot at an enemy officer who does his round at the same time each day. He has spanned his wheel lock, loaded carefully and even used his hunting sword embedded in the ground to rest his piece. Now to calm his breathing, allow for that forsaken wind and squeeze the trigger…..