We’ve been teasing you with our Pike & Shotte characters for a few weeks now, but they are finally available for purchase. Whether your a Royalist or a Roundhead, we’ve got a fantastic battlefield commander for you with the release of Prince Rupert and Robert Devereux, The Earl of Essex. 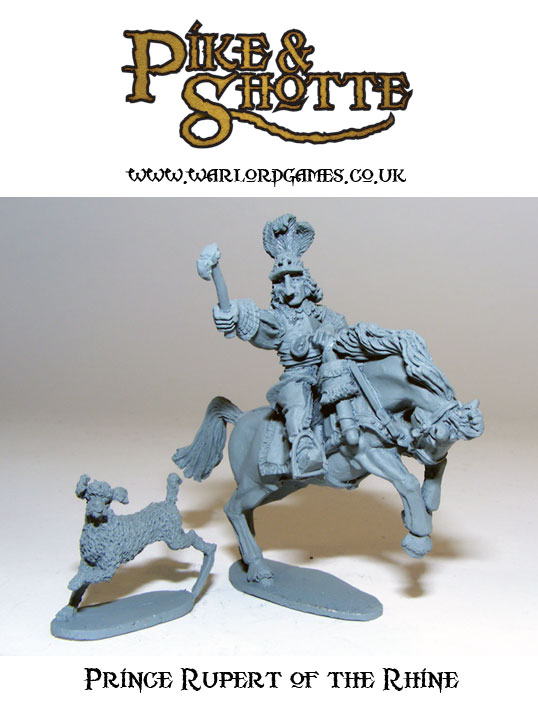 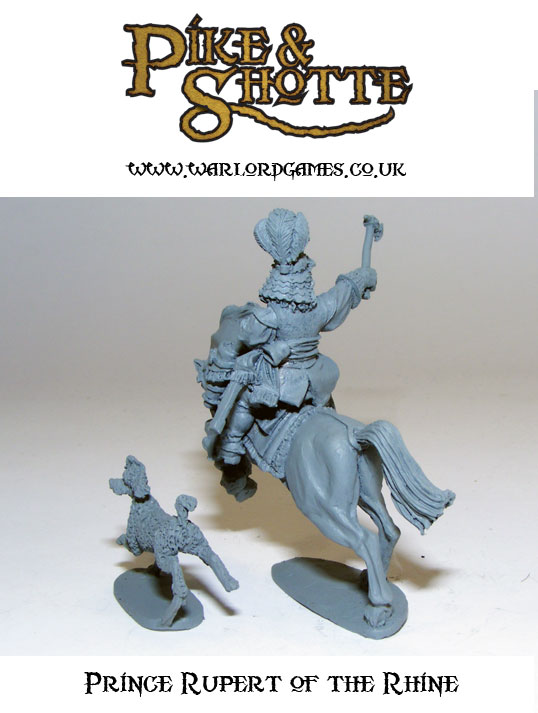 Born in Prague in 1619 the son of Frederick V, Elector of Palatinate, Prince Rupert was the nephew of King Charles I. Rupert first campaigned in the Thirty Years War at the age of 14, and was held hostage in Austria for 3 years until released with Charles’ aid. He came to England with his brother, Maurice, in 1642. 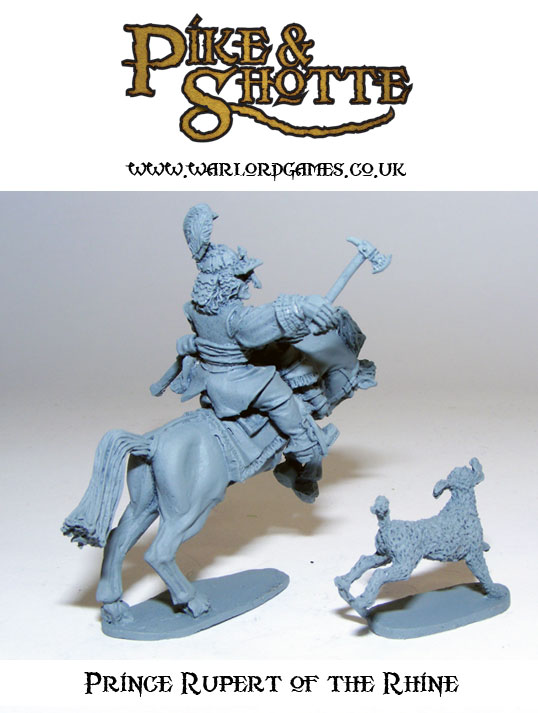 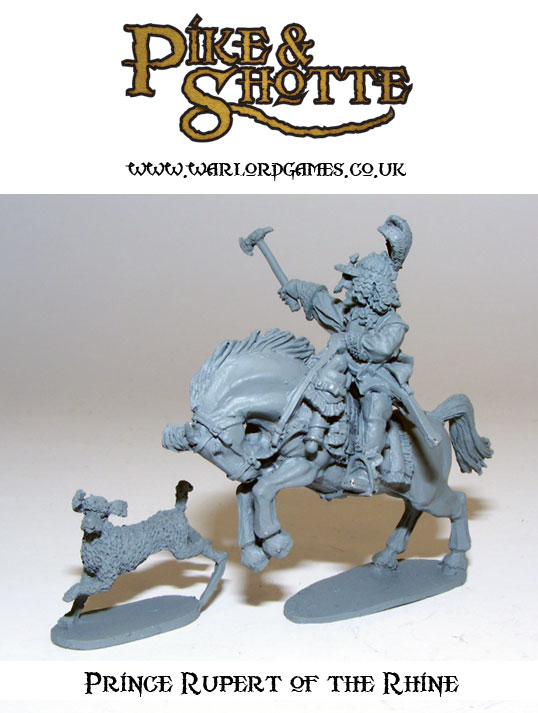 Very gifted in languages, the arts, and mathematics, Rupert was a firm favourite and charismatic leader in the Royalist cause. He went on to become a feared and renowned cavalry commander, sweeping all before him in ferocious charges. Nicknamed ‘Robert the Devil’ by Parliament, it is clear the fear he instilled in them. Even his pet dog Boye was accused of being demonically possessed!

Headstrong and impetuous, the success of these charges was sometimes diminished by an inability to rein in after initial contact, and this cost the Royalist cause key victories. This fantastic sculpt of Prince Rupert shows him leading his cavalrymen into the charge along with his fearsome dog Boye.

Robert Devereux, eldest son of the 2nd Earl of Essex who was famously executed by Elizabeth I, was born in 1591. Although one of the wealthiest men in England at the time of the English Civil War, he was never a favourite at the court of Charles I.

He gained his early military experience fighting in the Thirty Years War for the protestant cause in Germany and the Low Countries. Essex firmly tied himself to the cause of Parliament by warning the five MP’s about to be arrested on the Kings orders. He was in fact the highest ranking noble to support Parliament and was made Lord General of al Parliament forces in 1642.

Essex was a naturally cautious general, although undeniably brave. In fact, at Edgehill he was seen in the thick of the action with pike in hand. Beloved by his men, he was nicknamed ‘Old Robin’ by them as a term of endearment, his regiment becoming known as ‘Olde Robin’s Foote’ This fantastic sculpt shows Essex mounted and his hat off taking a salute.

Whew, we hope you’re happy with our first Pike & Shotte character models. We guarantee you, there are more to come! Both of them are now available for purchase in the Warlord webstore.