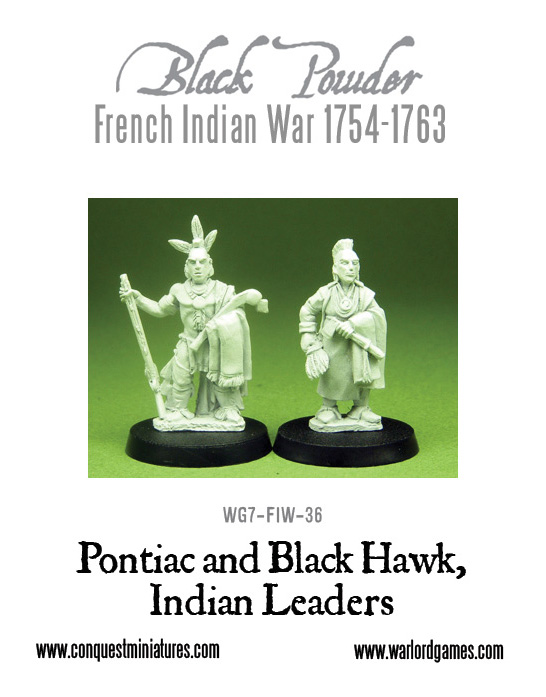 Made famous for his role in the Pontiac Rebellion (1763-66), the eponymous Pontiac was a war leader of the Ottawa American Indians.  The rebellion wasa struggle against occupation of the Great lakes area by the British Military following their success in the French & Indian War. Pontiac divides opinion on how influential he was but his legend endures even today.

Becoming one of the Ottawa war leaders in 1747, Pjntiac duly allied with the French against the Huron resistance movement led by Nicholas Orontony. Pontiac would conitue his support for New France during the French & Indian War.

Leading around 300 of his people, Pontiac attempted to wrest control of the British Fort Detroit with a surprise attack in 1763. When this failed, Pontiac besieged the fort with hundreds of Indians form a variety of tribes joining his cause. The attack on Fort Detroit was to have further reaching repercussions with word of Pontiac’s audacious attack causing the war to spread beyond Detroit. Pontiac defeated a British force in the summer of 1763 at the Battle of Bloody Run but was again unable to capture the fort itself, withdrawing into Illinois country.

Continuing to encourage resistance to the British, Pontiac was courted by British diplomats as they focused their efforts on him in a bid to end the war. Making peace with the British in 1766, Pontiac was the subject of much resentment from other Indian leaders who viewed POntiac as undeserving of the attention and of not having the authority he claimed. Pontiac would die at the hands of another Indian as he was assassinated three years later in 1769.

Born in 1767, Black Hawk (or Black Sparrow Hawk, as he was sometimes known) rose to prominence as a leader of the Sauk American Indian people by dint of his warrior prowess.  This is an important distinction as although he inherited his father’s medicine bundle, his family was not of a clan from which the Sauk drew their civil leaders. Black Hawk’s name would be written in history for his endeavours during the War of 1812 and the Black Hawk War in 1832…

Siding with the British during the War of 1812, fighting alongside  Major-General Henry Procter around Lake Erie. Present at the battle of Fort Meigs and the attack on Fort Stephenson (in which Tecumseh and his Iroquois Confederacy were repulsed in a pyrrhic victory).

Black Hawk led a band of Sauk & Fox warriors, the British Band, against European and American settlers in the region of Illinois and what is now Wisconsin during the 1832 Black Hawk War. Captured following the war’s end, Black Hawk would was taken to the United States and would die in what is now south east Iowa.