Out today is the hard-working Engineer Working Party for Pike & Shotte, standing ready to build your siege lines and earthworks: 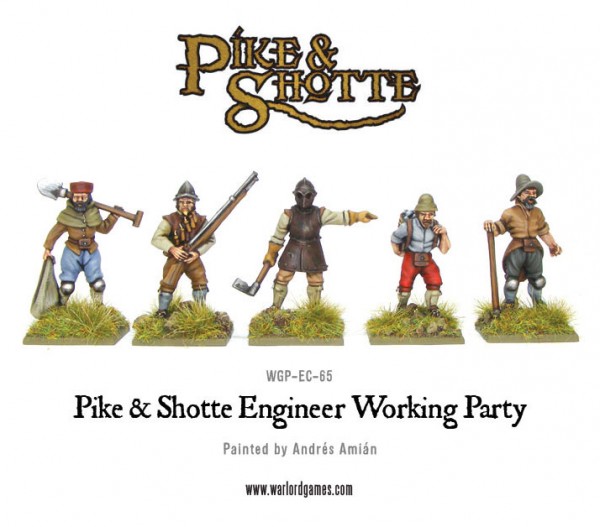 It was not all marching and fighting in 17th century armies. Roads were normally appalling and needed to be  mended, widened or drained. Bridges needed building, repairing, strengthening or demolishing. Houses, great and small could be made into strongpoints by loop holing the walls. Ditches were dug around camps and forts, and the artillery protected by ravelins, spiked posts and fences.

Often the huge guns needed to be sited on thick wooden platforms so the wheels of the mighty Culverins did not sink into the earth. To protect the gunners further gabions would be woven from willow branches and filled with packed earth.

Siege lines, saps and trenches were another part of the engineers’ black art, and with a skilled engineer and willing hands used for hard labour, great works could be built in a short time. These earthworks would often be counter-attacked by besieged forces, who would sally out to overwhelm the besieging lines. They would attempt to kill any enemy troops, destroy guns and even run off with all the engineering tools – its hard to dig a sap without a shovel!

This was dangerous work indeed and there was a very real danger of being sniped at by the enemy behind their walls. To protect the most valued or vulnerable engineers, heavy armour was issued that was musket proof if rather heavy, though better sweaty than dead! Sometimes it was crowned by the sinister looking “deaths head” heavy helmet that can be seen on one of our engineer models. Pistols, swords and bills were common frontline weapons, though spades and picks could also be used to frightful effect. 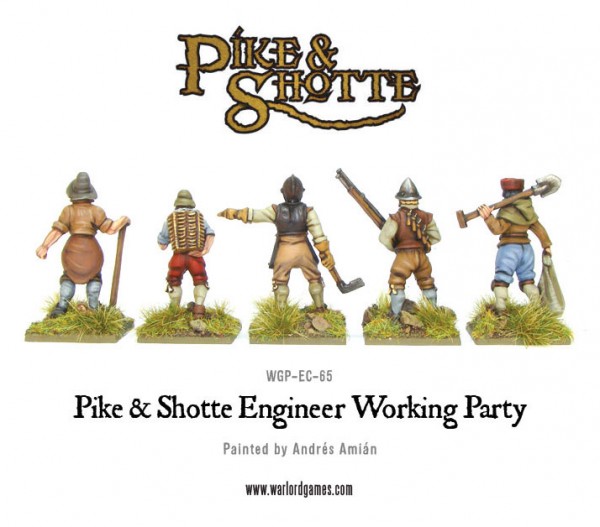 It was common for sentries, or sentinels, to be placed in the trenches armed with primed muskets to snipe at the besieged or to deter sallies. Ideally a doglock was used rather than matchlocks to spare the otherwise inevitable burning of pounds of slow match.

Many engineers were effectively mercenaries, offering their scientific knowledge to the Kings and Princes of Europe, or to whoever paid the most reliably.

They would be dressed in civilian clothes and their workforce were garbed in all manner of drab, soiled clothing – anything that comfortable during the toil of digging fetching and carrying.

It was not a glamorous life, but engineers and pioneers were vital at sieges, the rear lines and even on the battlefield. 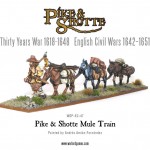 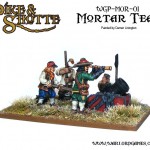 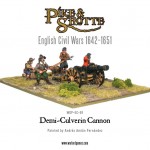 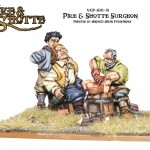 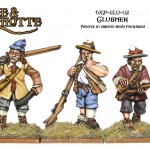 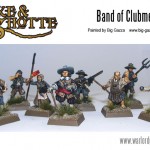 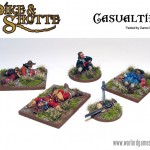 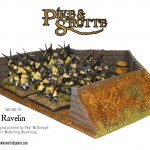 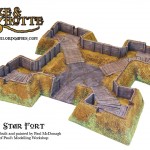 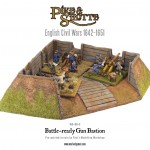