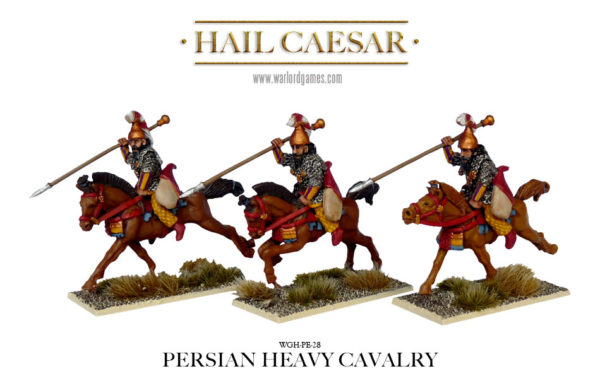 Persian nobility (azata) would have made up the ranks of the Persian cavalry. Contemporary depictions show cavalry wearing short sleeved cuirass with very high neck protectors, these were likely covered in iron or bronze scales. For added protection an iron or bronze conical helmet with a crest was often worn. The scale leg protectors of the later Achaemenid army’s were not used at this time. Instead quilted trousers would have been worn. As with their other clothing, these would have been richly dyed and embroidered.

Horses would have been unarmoured at this time, it wasn’t until the Parthian period that mass production of horse armour came into existence. Also, horses were not large or strong enough to carry the added weight, along with a fully armoured rider! Cavalry are depicted as carrying bows in a Median bow case and using a spear over arm. 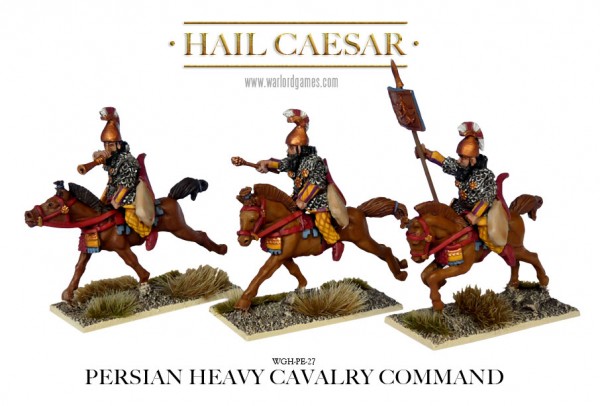 The commander of the heavy cavalry would have been very high ranking, perhaps even a member of the royal family. He carries a mace and golden akniakes., similar to ones found at Persepolis. The standard carries the kings royal symbol beaten into a sheet of gold.

The new Persian Heavy Cavalry are now available in our store either as a cavalry pack, command pack or as a regiment!