Now for something out of the ordinary! Vivandieres were women who accompanied armies and performed canteen duties for the troops – they later became known as Cantinieres as a result. This will really add some flavour to your Napoleonic army! 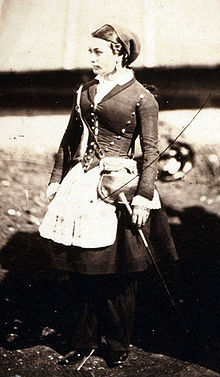 Exempt from the 1793 “Law to Rid the Army of Useless Women” vivandieres would follow the French army and sell the soldiers food, drink, and sundries like tobacco, wig powder, and writing paper and ink. They were married to soldiers called “Vivandiers” who were the only soldiers granted permission to sell goods. Too busy fighting and drilling to sell naturally this duty fell to their wives.

Vivandieres would be a regular sight in many armies over the years that followed. They were to be seen in the armies of the Napoleonic wars, in the Crimean right up until the Great War. The United States War Department even copied the idea and in the American Civil War patriotic women joined up on both sides. 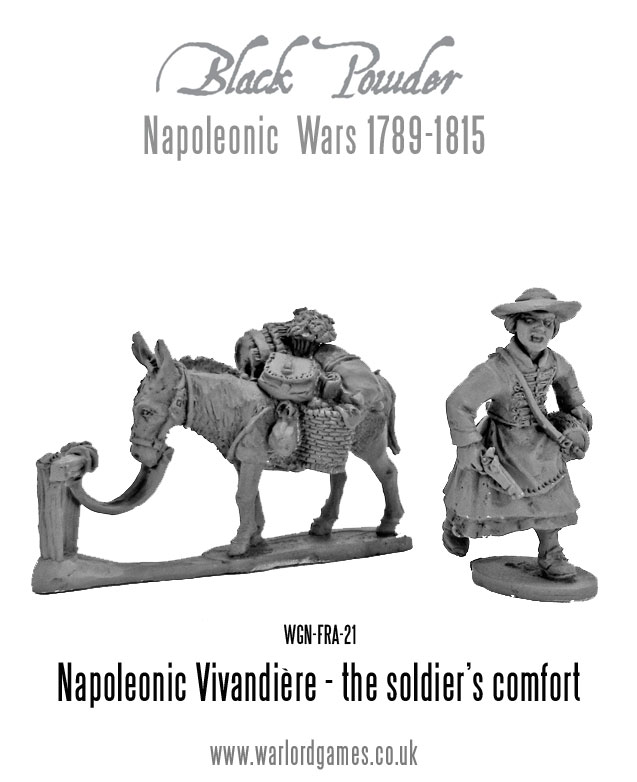 Warlord Games’ Vivandiere comes with two different right arms (one with pistol at the ready and the other clasping her trusty basket of wares) and two different heads. Not only that but her faithful donkey is also laden with provisions for her to further assist her military charges.

The model is well-equipped to provide a tonic to thirsty and weary soldiers as she carries a barrel of brandy  – that will help get the lads back in action. 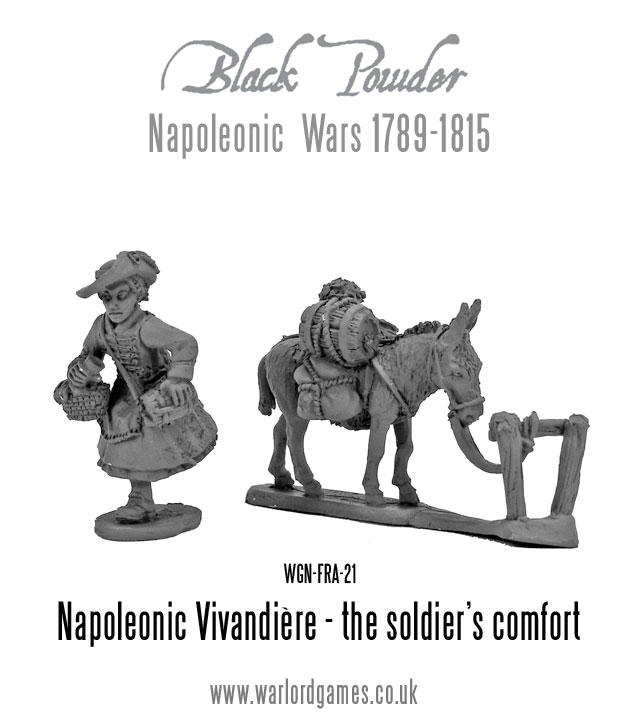 Purchase this characterful Vivandiere miniature in the webstore and add a real ladies touch to your battles.