These brand new sculpts, hot off Wojtek’s sculpting desk fulfil two key purposes – they are great to add extra flavour into your French line units as well as act as casualty markers for games of Black Powder. 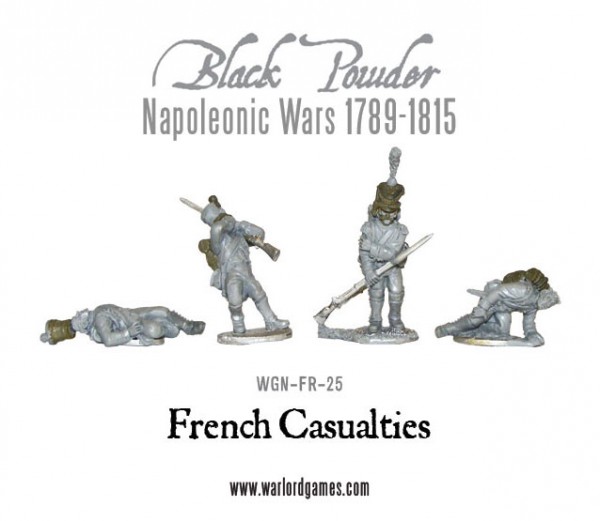 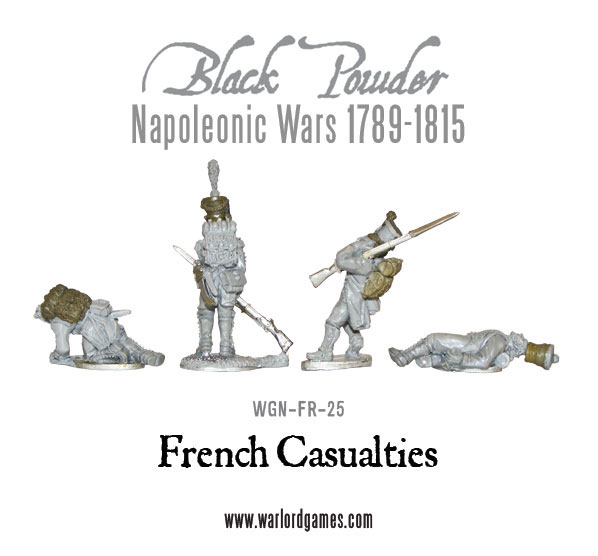 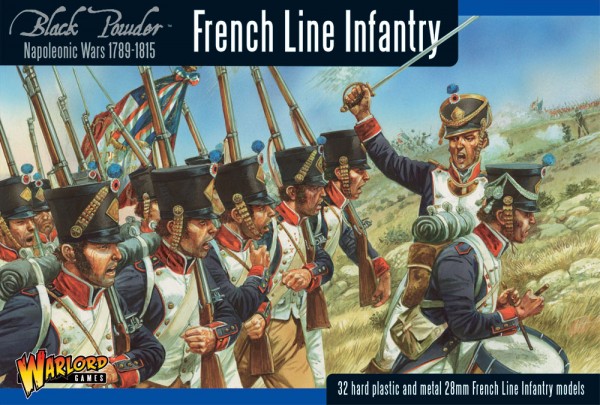 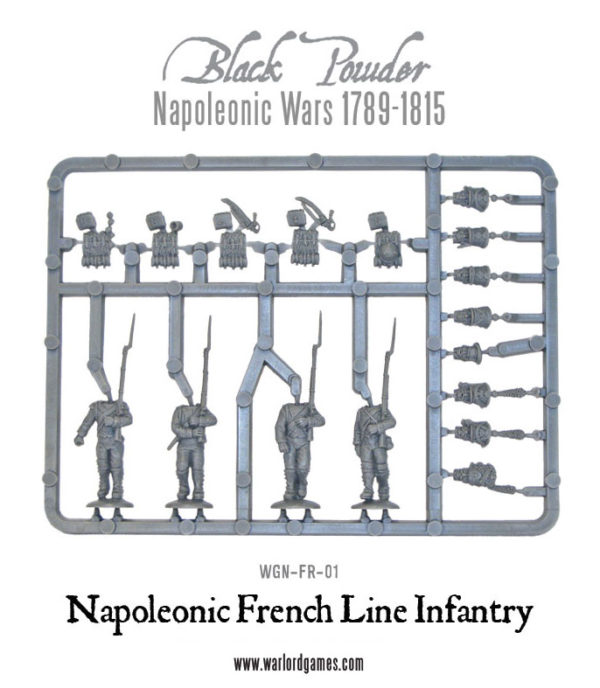 As you can see from this image of the plastic sprue the assembly of these finely detailed models is easy – you’ll have them on the painting table in no time at all. Despite the ease of assembly there is plenty of variety with several head and backpack options available. The sprue is now available separately too. 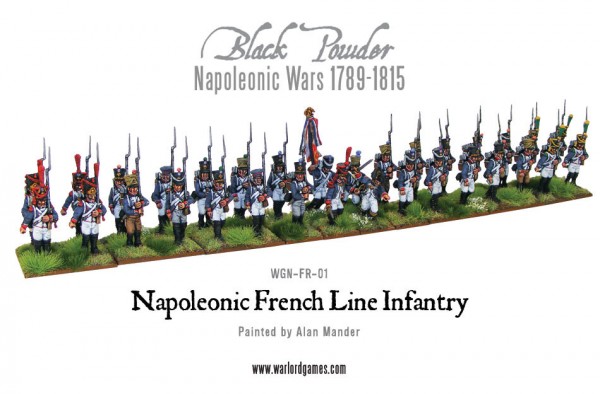 Sculpted by our own Wojtek, these glorious Napoleonic War French Line Infantry are perfect for use in games set during the most glorious period of Napoleon’s reign. Facing off against Russians, Austrians and Prussians as well as taking on the British, Spanish and Portugese on the Iberian Peninsular. 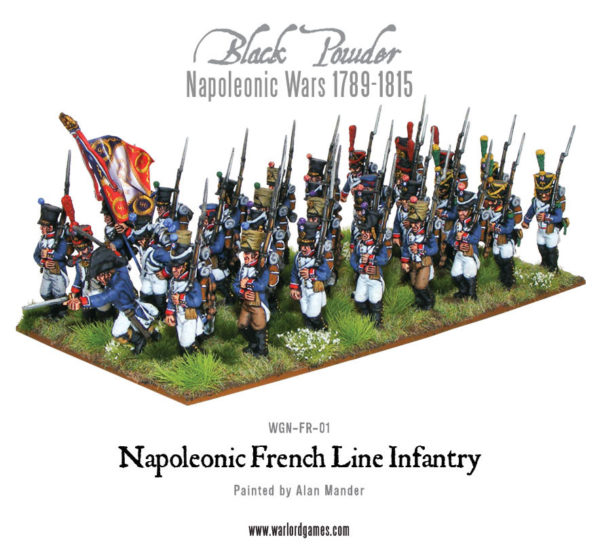 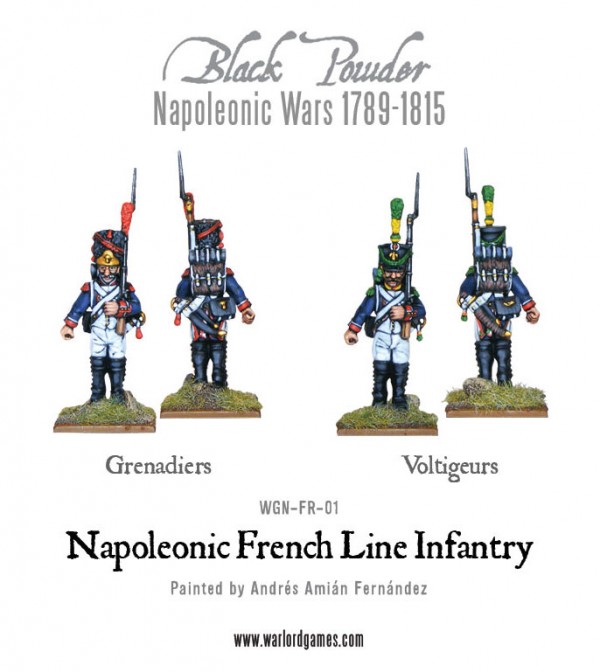 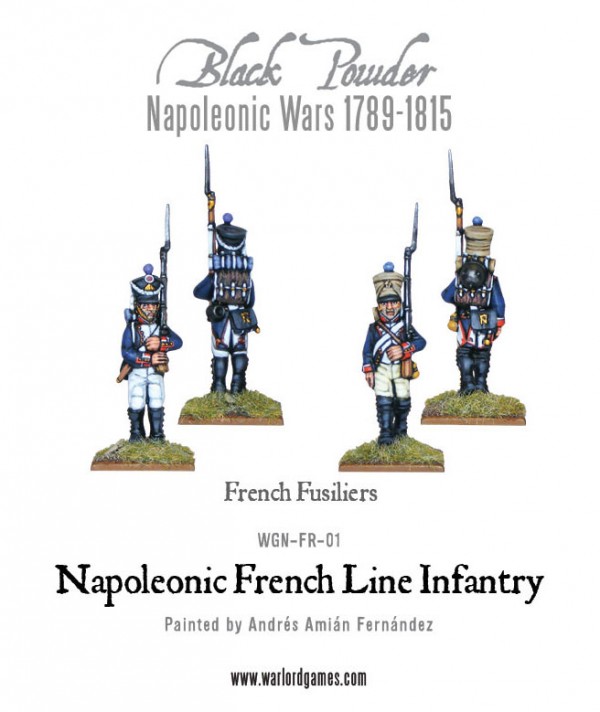