This week we have more unarmoured hoplites to add to your Greek army. 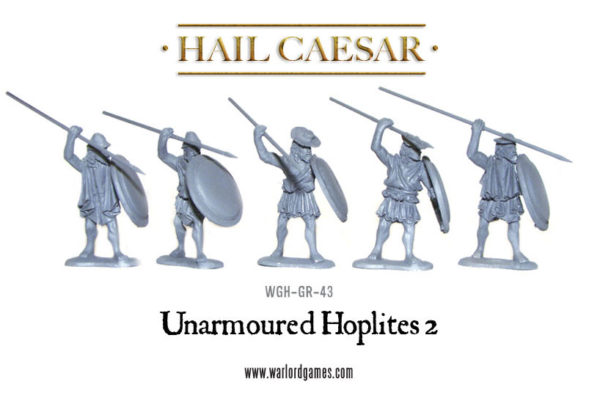 The majority of hoplite’s in a Greek army of this time would have been unarmoured, carrying only a spear and shield to protect himself. Each man was expected to equip himself at his own expense, a shield and spear being the minimum to stand in the ranks of the hoplite’s. Any less and he would have to join the Psiloi. If a man could afford a helmet it would probably be crestless, as a horse hair crest would be an extra expense! Again, greaves could be bought, but only the richest could afford full Hoplite panoply. 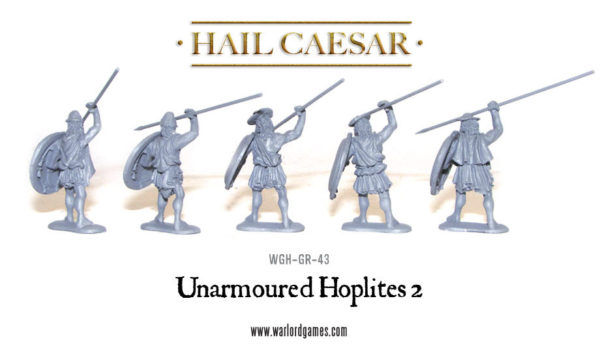 A simple linen or wool tunic would have been worn, it is highly unlikely that a hoplite would have fought naked. As with other hoplite’s, sandals were not worn in battle at this time.

We have other unarmoured hoplites available too, so plenty of variety to be had! 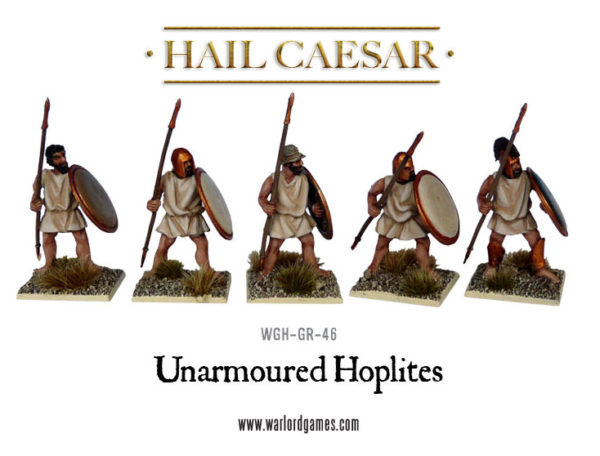