More from our partnership with  Conquest Miniatures – some of their superb Iroquois Indians.

The Iroquois are not, as is often believed, a tribe of Indians but rather a league of several tribes and nations – often named as the Iroquois League, or League of Peace and Power. The League was also known initially as the Five Nations as it comprised of the Mohawk, Oneida, Onondaga, Cayuga and Seneca nations. 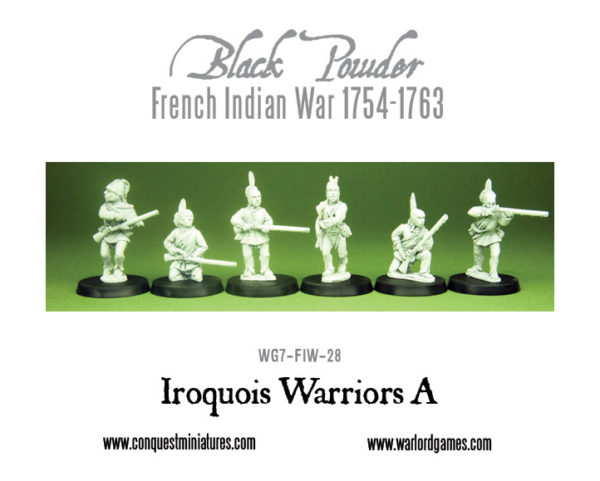 The Iroquois faced the Huron and their French allies during the Beaver Wars which began in 1609 before they were defeated. A five year war with the Susquehannock and their Delaware allies  ended in 1663 when a large Iroquis invasion party was defeated at the main Susquehannock fort.

Tragedy would strike them soon after with Smallpox and other diseases decimating the Iroquois to the point where they faced extinction. Three elements of the weakened Five Nations made peace with the French in 1665. The subsequent year, the Canadian Governor sent the Carignan regiment under Marquis de Tracy to confront the remaining Five Nations tribes who had yet to make peace  -Mohawk and the Oneida. The Mohawk avoided battle and the French burned their villages and crops. Two years later, the remaining two Iroquois Nations signed a peace treaty which would last for 17 years with the French, agreeing to let their missionaries visit their villages.

From around 1670 to the mid 1680s the Iroquois attempted several invasions of Virginia with varying degrees of success. This was followed by a period of hostility with France in which the French, under the Marquis de Denonville, enslaved fifty tribal leaders (sachems) who they met under the flag of truce – they would be shipped to Marseilles to act as galley slaves. The French went to all but destroy the Seneca homeland. Retaliation came in 1689 when the Iroquois beseiged and defeated de Denonville’s French near Montreal.

During the Frech & Indian War, the Iroquois sided with the British to face their traditional enemies – France and her Alonquian allies – although their involvement in the fighting was minimal.

The first noticeable split in the Six Nations (as they had become following the addition of the Tuscarora in the early 18th century) came during the American War of Independence. Despite trying to stay out of the conflict pressures meant that the Tuscarora and the Oneida sided with the colonists while the Mohawk, Seneca,Onondaga and Cayuga remained loyal to the British crown. The fighting was extremely bloody as was so much in that rebellion… 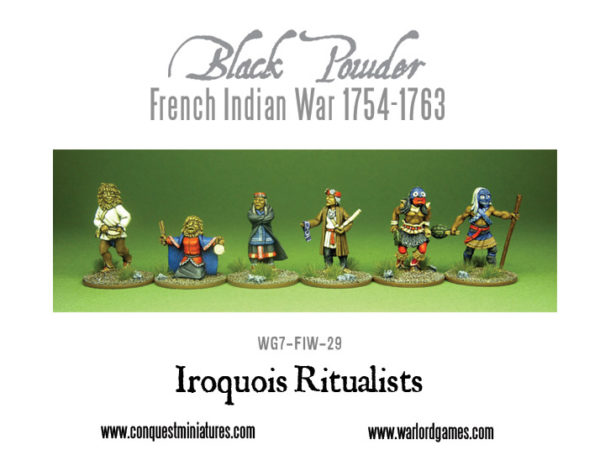 One of many medicinal societies of the Iroquois, the False Face Society wore dramatic wooden masks during their various rituals. Invoking the spirit of one of their healing gods, the ritualists would accept into their society anyone who was cured during these rituals.