The Irish Brigade were a Brigade of three veteran regiments brought over from Ireland by Charles 1. They were all largely Irish and Catholic and had been fighting for some time in the Thirty Years War in Continental Europe.They formed the hard core of the Marquis of Montrose’s forces in his titanic struggle for control of Scotland for the King. Now you can add single miniatures to your Montrose army or even add them into your Covenanter or English armies. 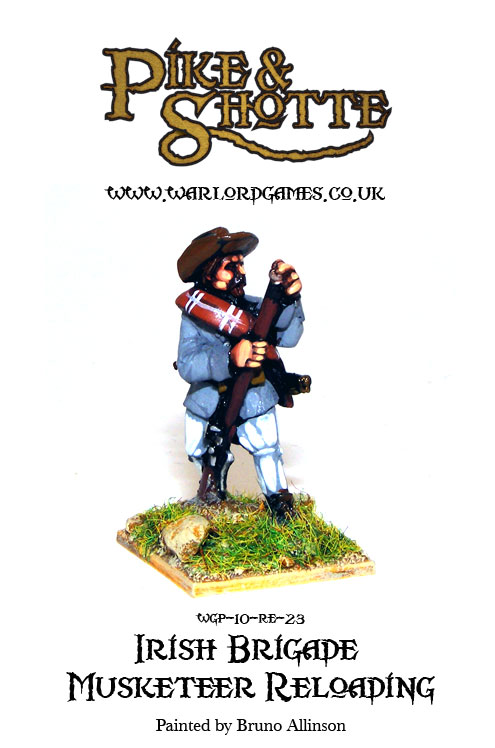 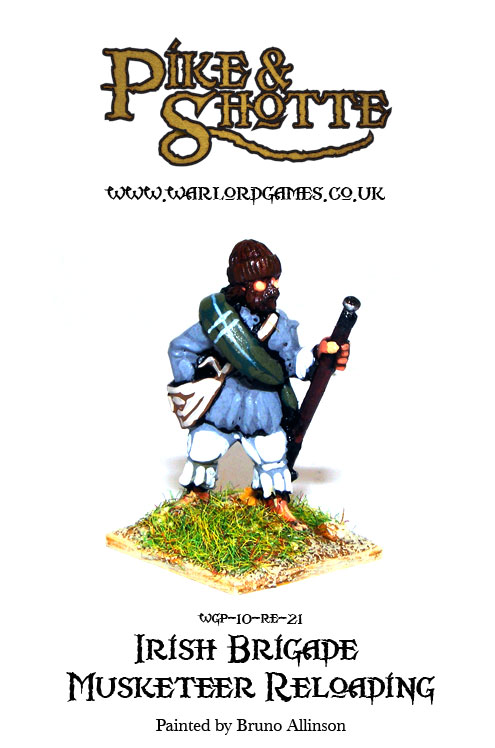 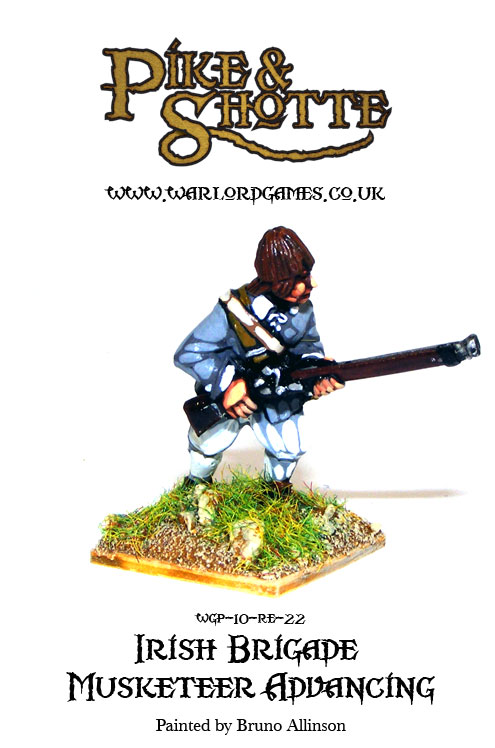 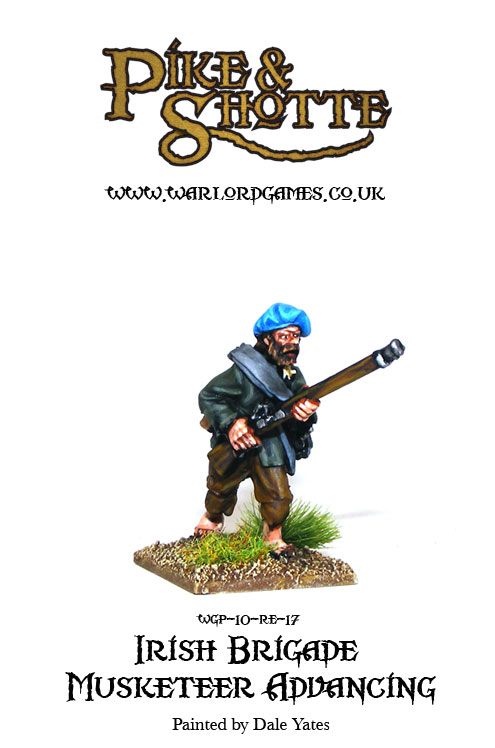 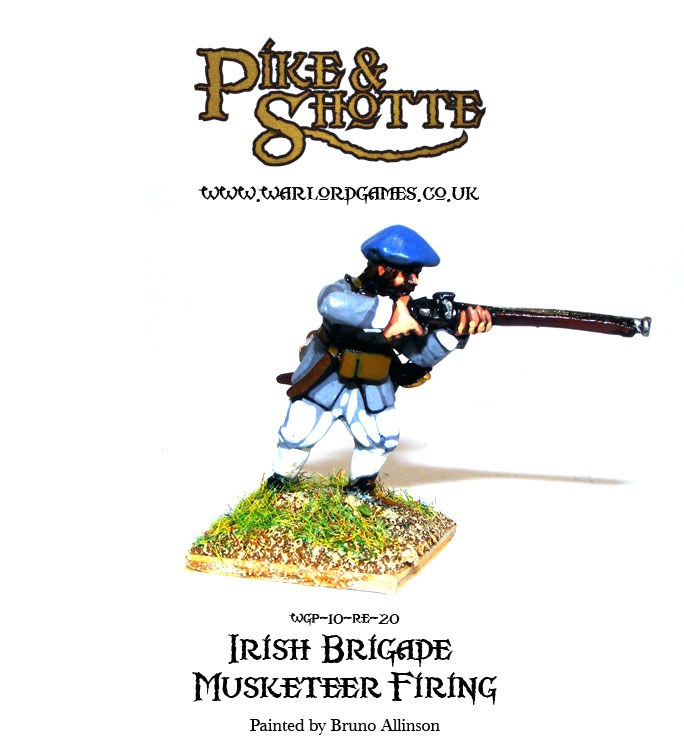 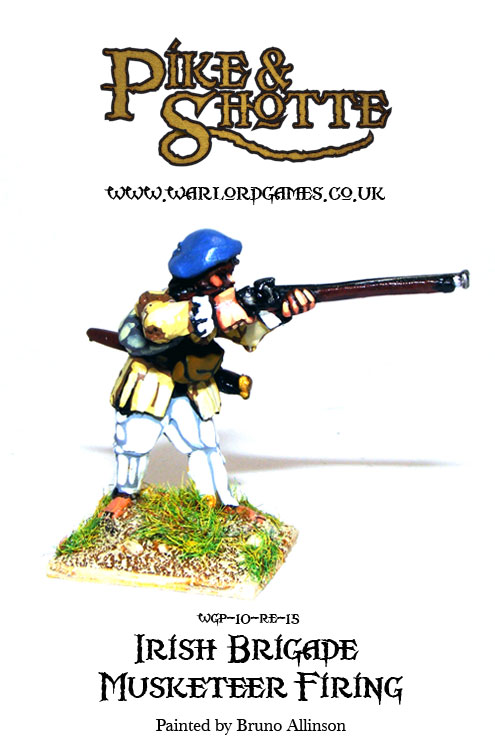 Arguably, because of their experience and coherence of having fought together abroad, this brigade may well have been the most deadly units in Britain at the time. They were quite wild men, used to living from the land and looting as they did when they raided Aberdeen and took what they needed. 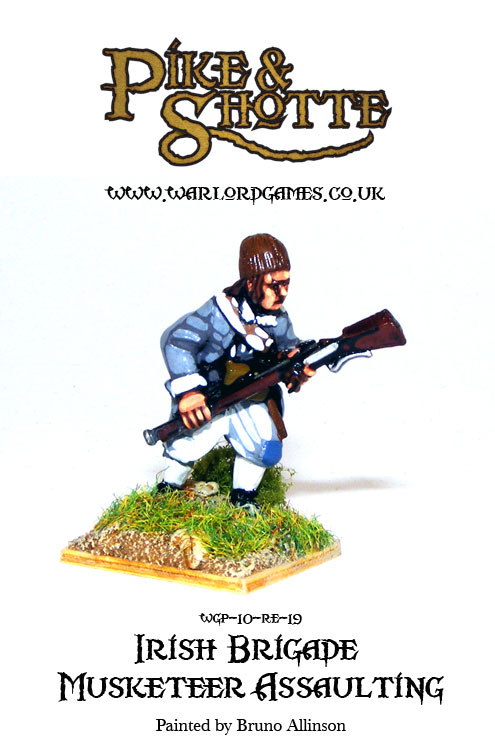 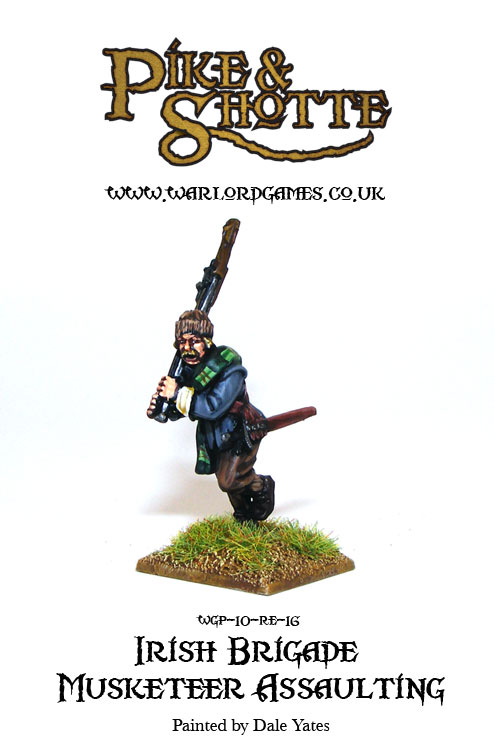 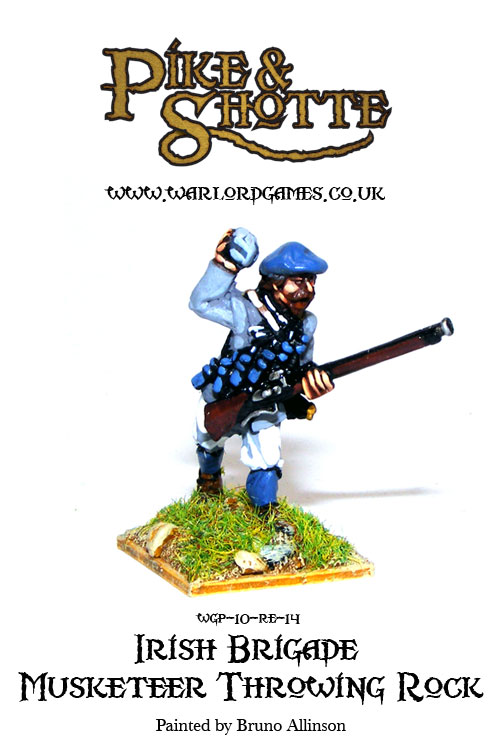 Desperate men, foreigners and Catholics in a Protestant country, the Irish fought hard knowing that defeat could mean disaster, and capture, execution or worse… 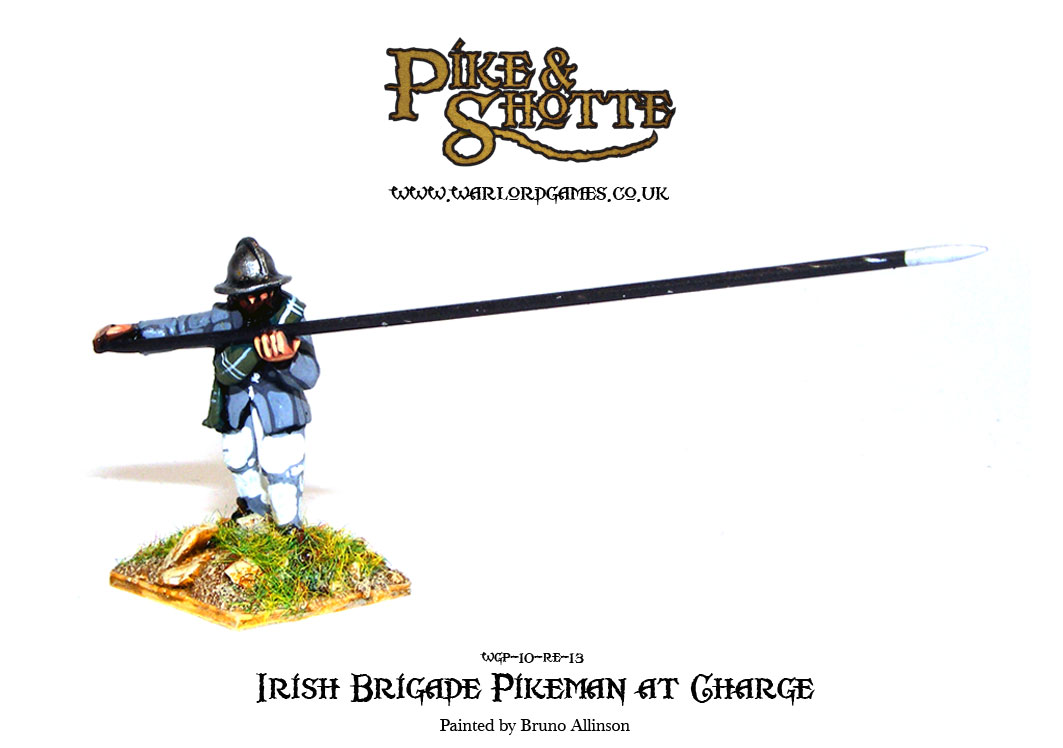 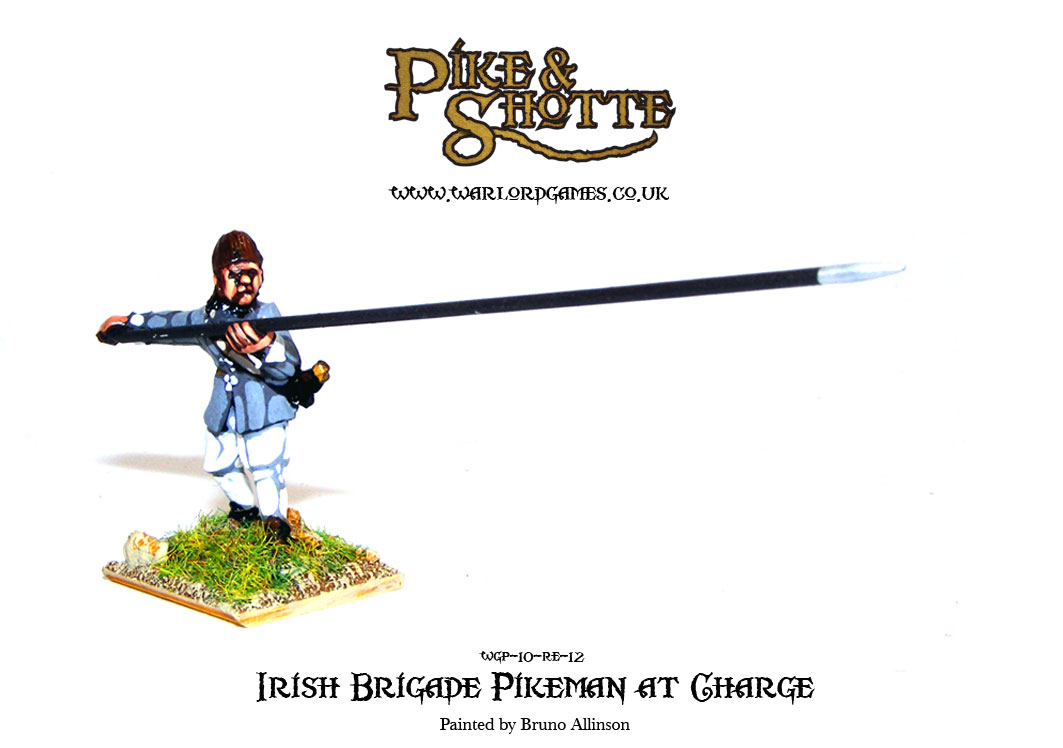 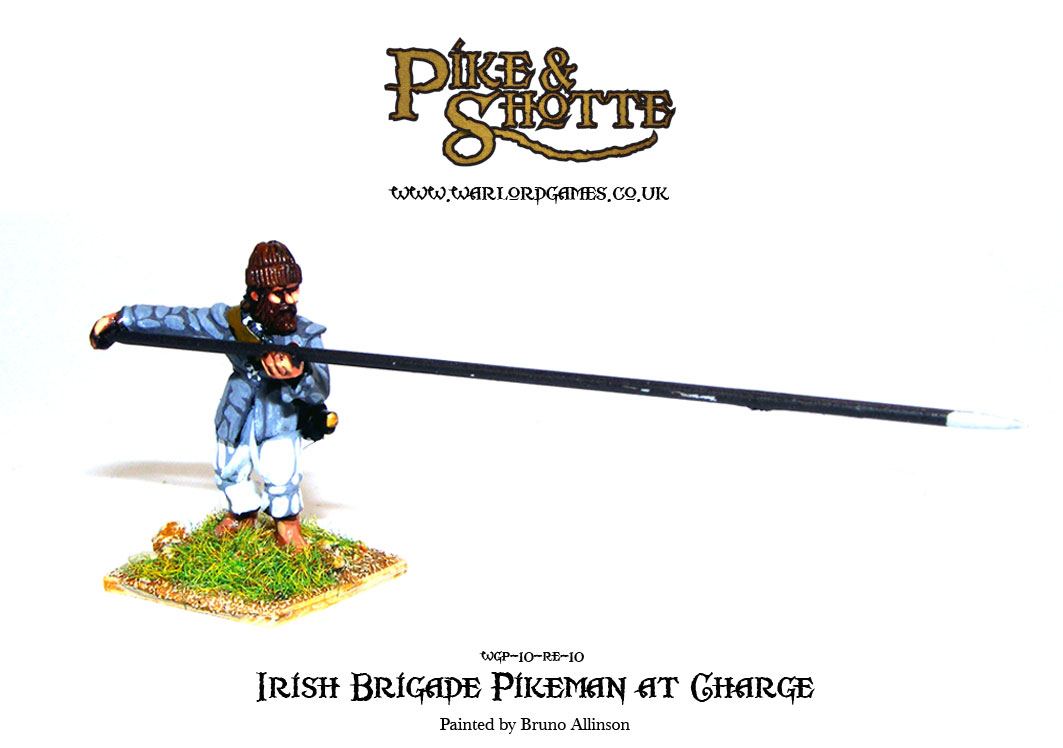 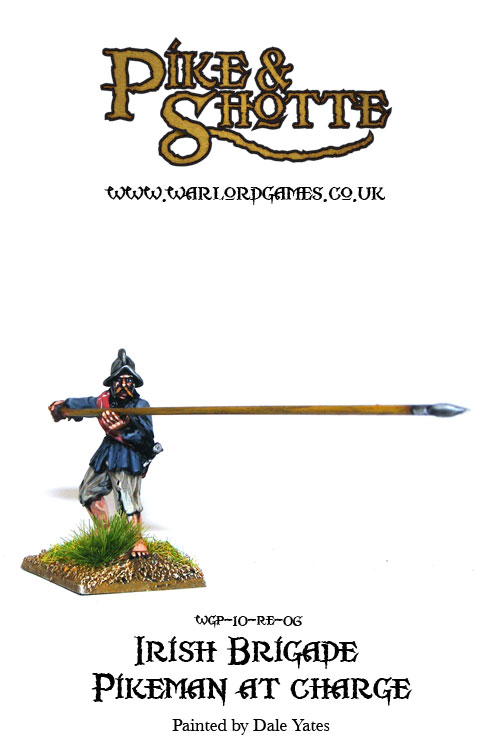 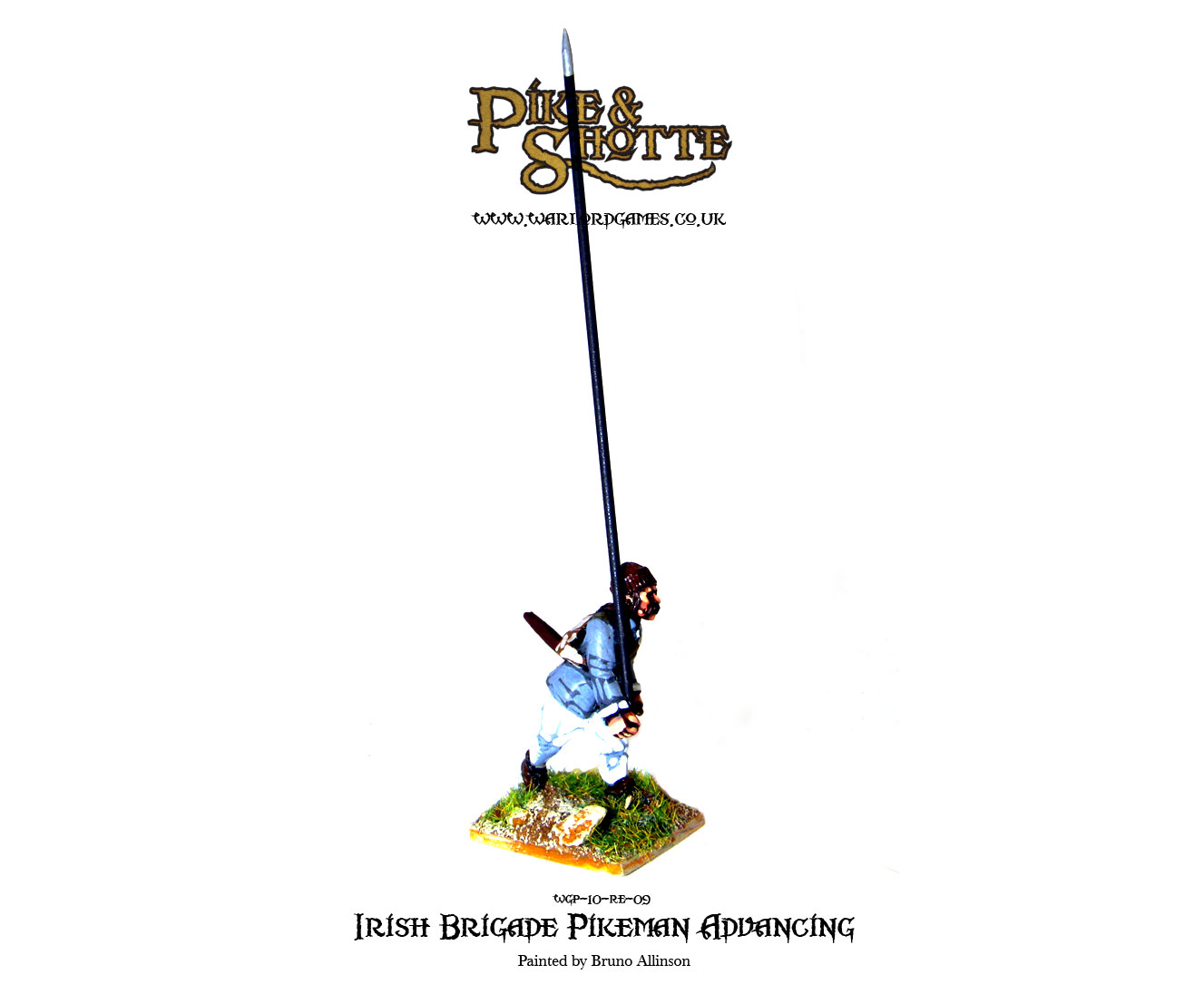 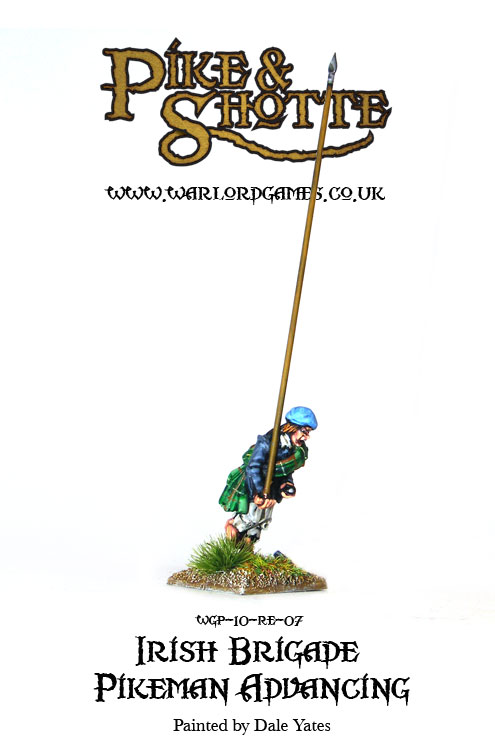 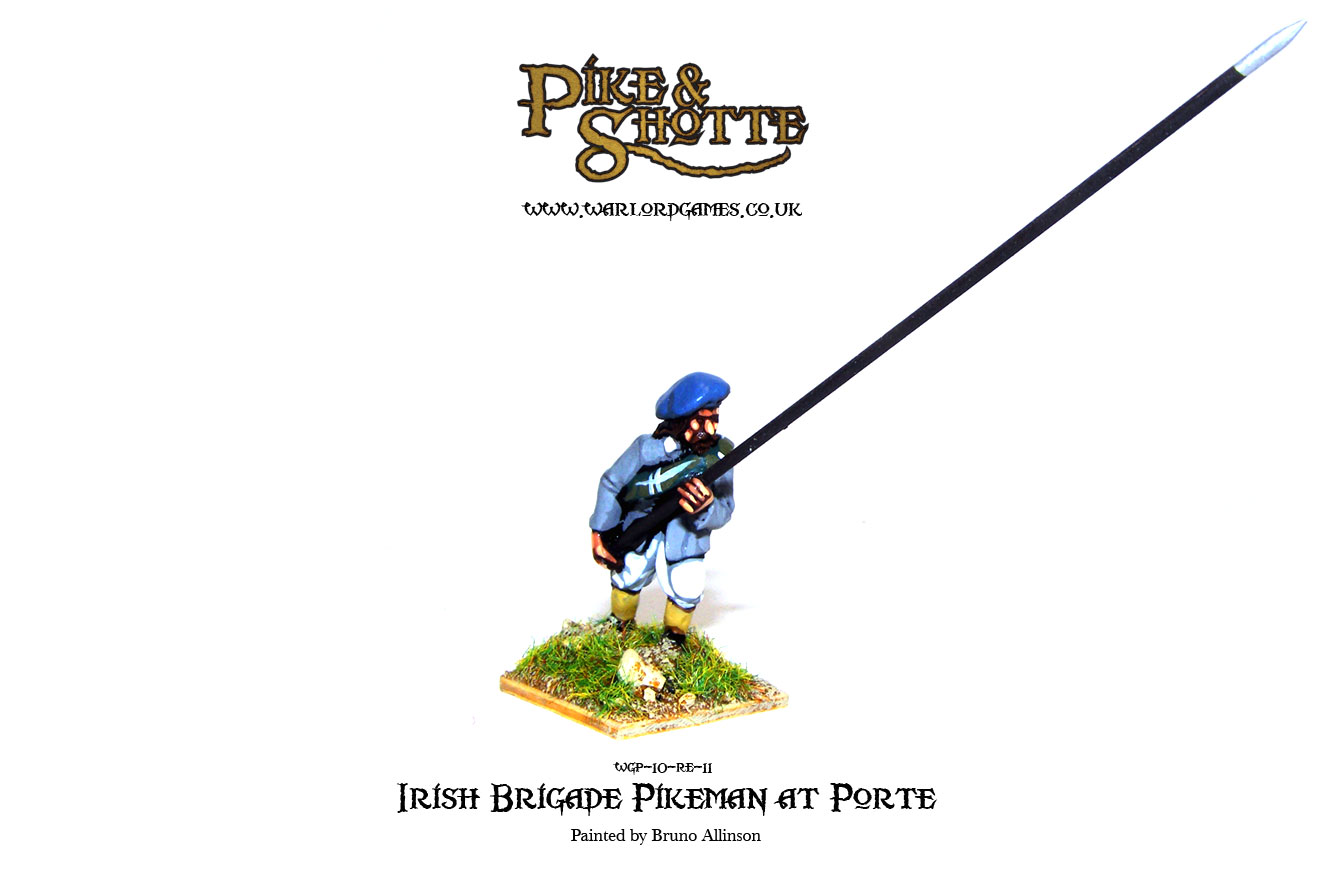 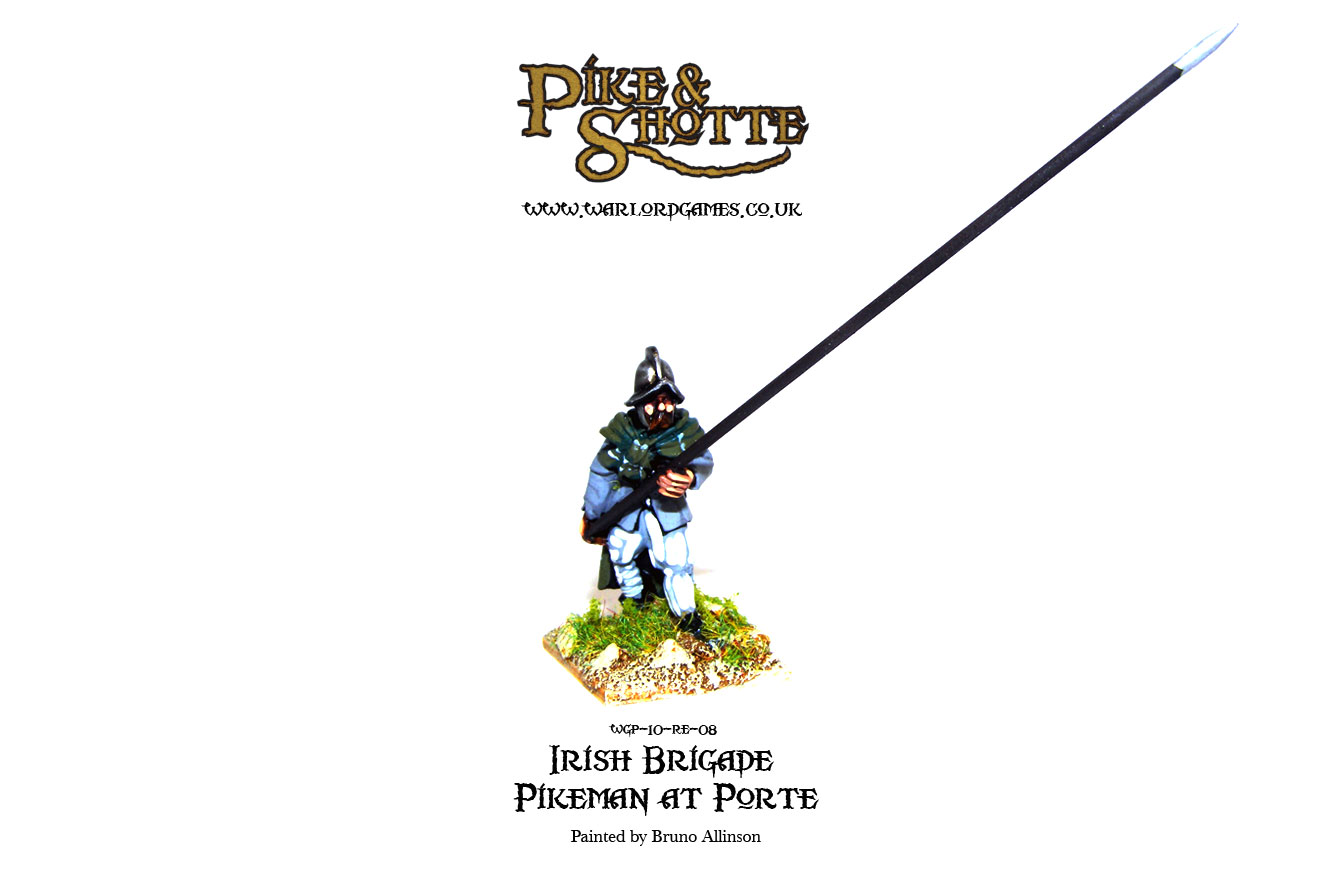 Warlord brings you the Irish Brigade with its colourful flags, richly attired Officers and wild and ragged pike and shot, all eager to get to grips with their mortal enemies. 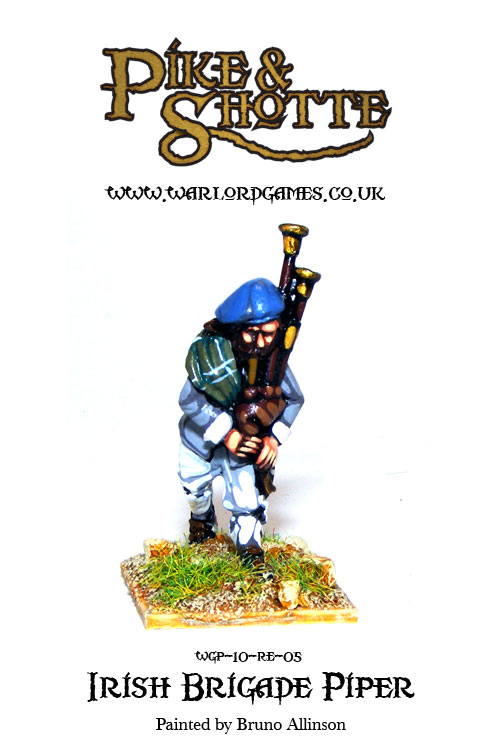 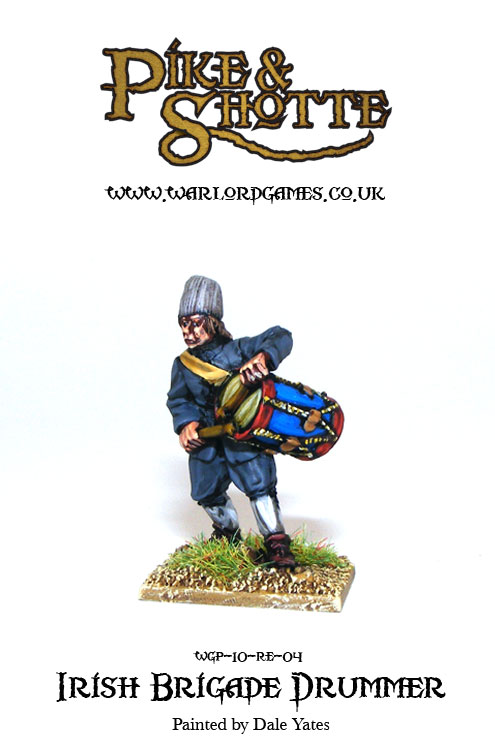 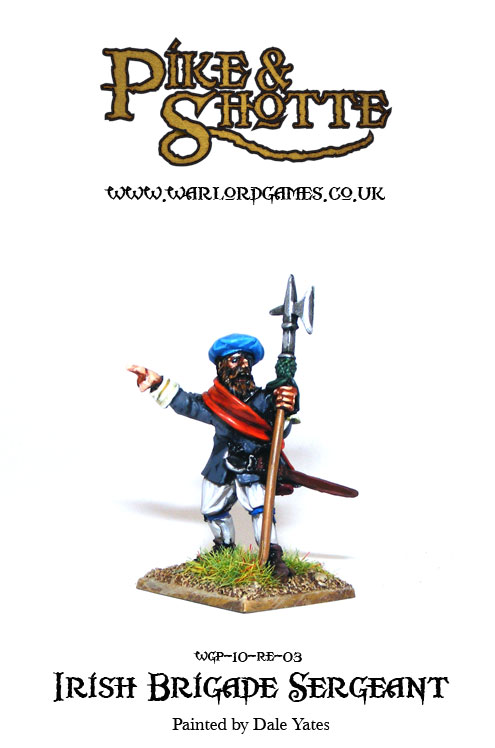 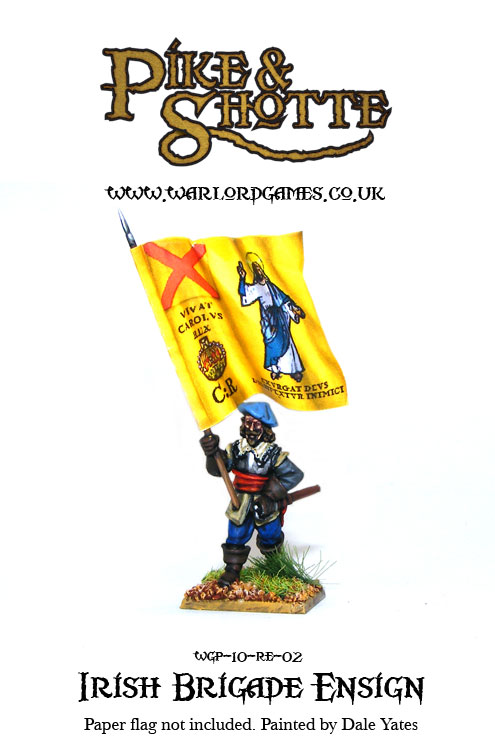 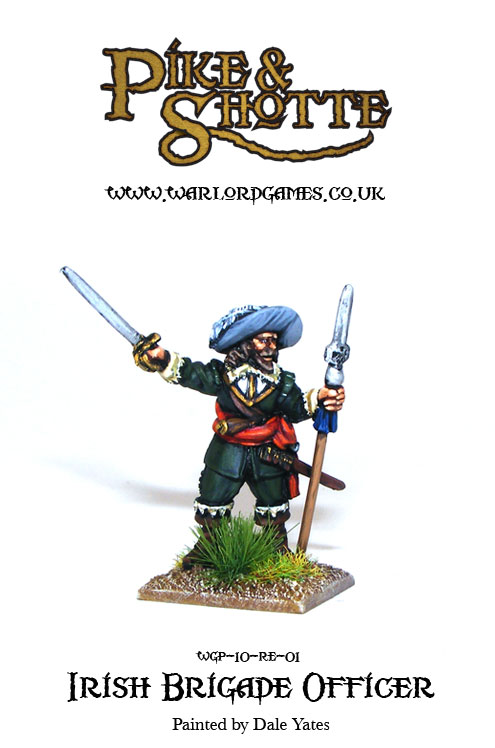 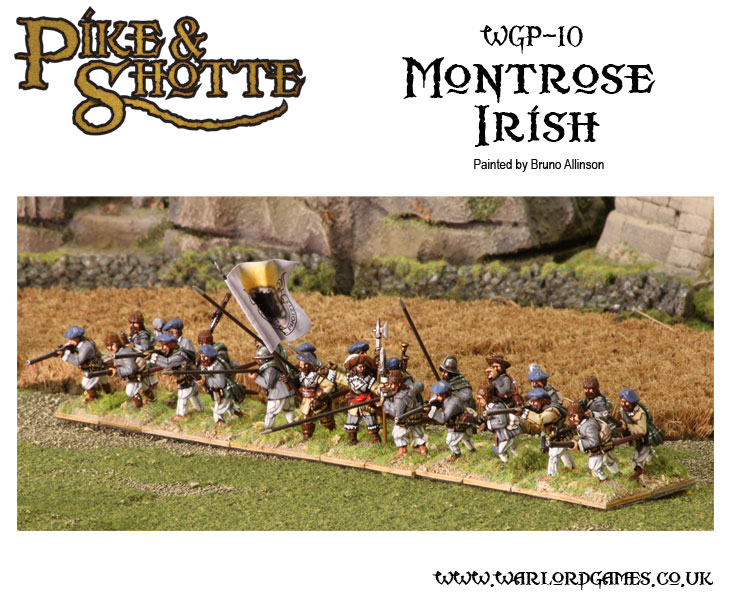