Today is an exciting day here at Warlord Games as we’re releasing our first miniature for the Beyond the Gates of Antares science-fiction game that is being developed here. That miniature will no doubt already be a familiar one for many of you who followed the progress of the Beyond the Gates of Antares project from it’s early days – Hansa Nairoba, sculpted by Kev White. 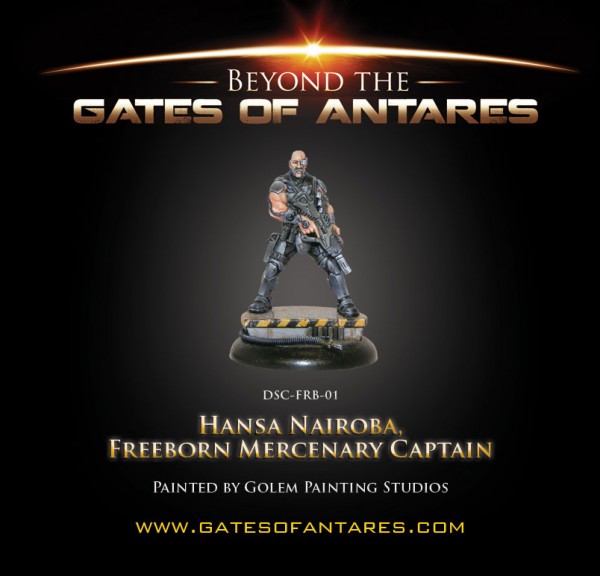 Hansa Nairoba of the Freeborn is a notorious Mercenary Commander and Adventurer – the best in all of Determinate space in the opinion of many CoCom Agents. Hansa himself would certainly agree with them: sometime gunrunner, revolutionary leader, military commander, trader in the esoteric and dealer in secrets, his reputation alone is worth a battalion of assault troopers. 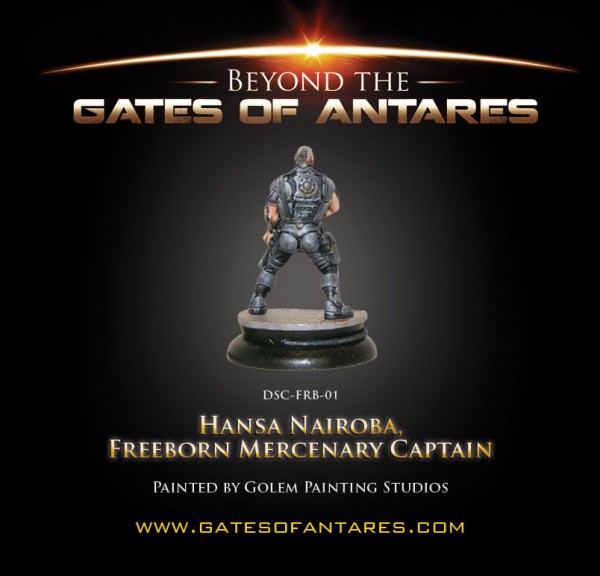 Ever prepared for a fight, Hansa carries a light compression carbine – a deadly if notoriously demanding weapon – together with a hefty plasma pistol for when the fighting gets up close and personal. The cylindrical packs attached to his battle armour carry slinger grenades: tiny, powerful explosive charges that can be set or hurled as required. The armoured panels on Hansa’s suit are fitted with Concord manufactured hyper-light shield generators powerful enough to deflect practically any missile.

Beyond the Gates of Antares594 News244

View Profile | View all posts by Andy Hobday
New: Italian Army in sun hats
Get your order delivered to HISTORICON 2013!