A new set of figures arrives from Cutting Edge allowing you to field armies of the Later Minoans, Mycenaeans, and other Aegean city-states such as the famous Troy in western Anatolia. 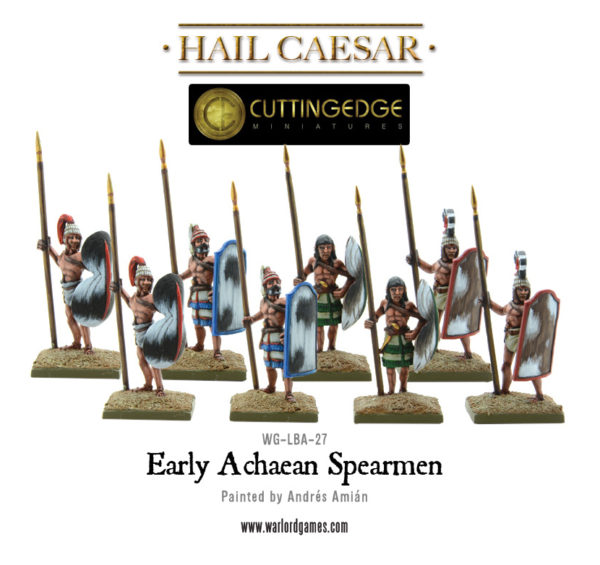 The Minoans were named by the archaeologist, Sir Arthur Evans, after the legendary King Minos of the maze and which he associated with the palace excavated at Knossos on Crete. We do not know what the “Minoans” called themselves, but they are part of a group of various Aegean civilisations of the Bronze Age. The Mycenaeans were another civilisation centred on the Palace complex of Mycenae on the Greek mainland but is also a term used to describe other city-states or Palace complexes such as at Pylos and Tiryns. 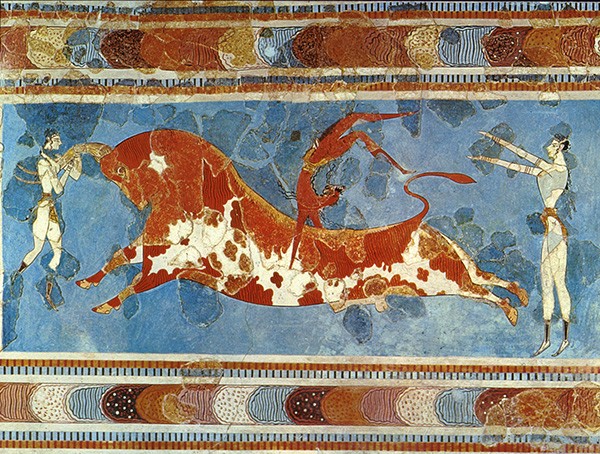 The terms Achaeans or Danaans may also be used to describe the various ‘proto-Greeks’. They are terms used by the later Greek writer, Homer, to describe the Bronze Age Greeks in the Iliad. 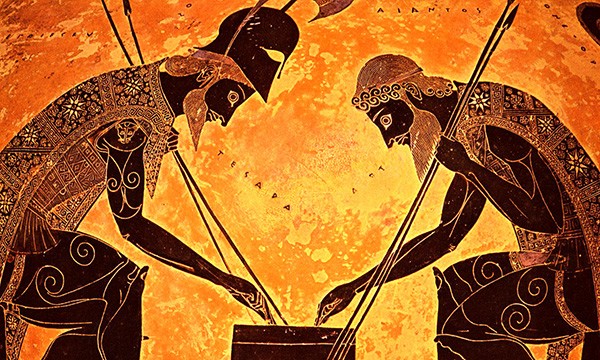 The figures for the armies of the Mycenaeans or Achaeans in this range start in the Late Bronze Age.

The early period figures can be used for Late Minoan and Early Mycenaean armies. At this time the Spearmen used a long thrusting spear and large tower shield. 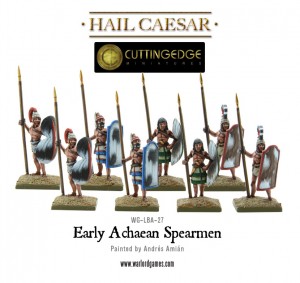 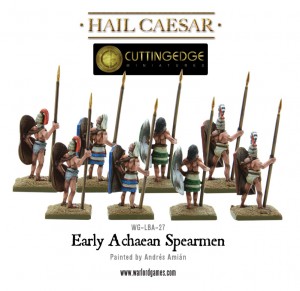 In the later period, at the time of the Trojan War, (in Homer’s Illiad), the infantry began using a shorter spear, swords, smaller shields and sometimes armour.
These figures can also be used for western seaboard Anatolians such as those from Troy (possibly Wilusa in Hittite sources), Assuwa and Arzawa. 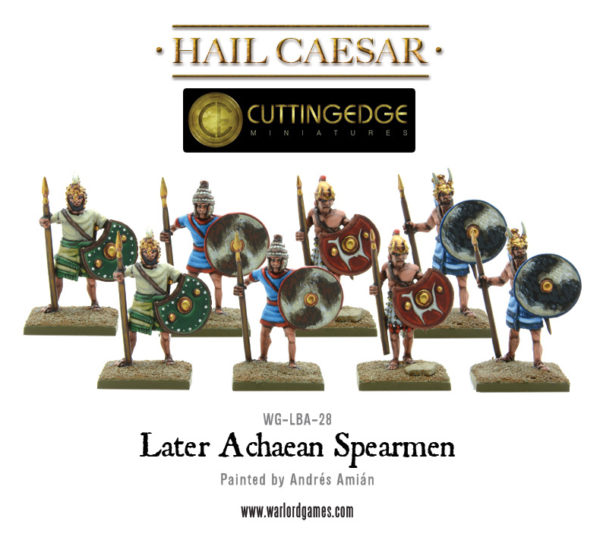 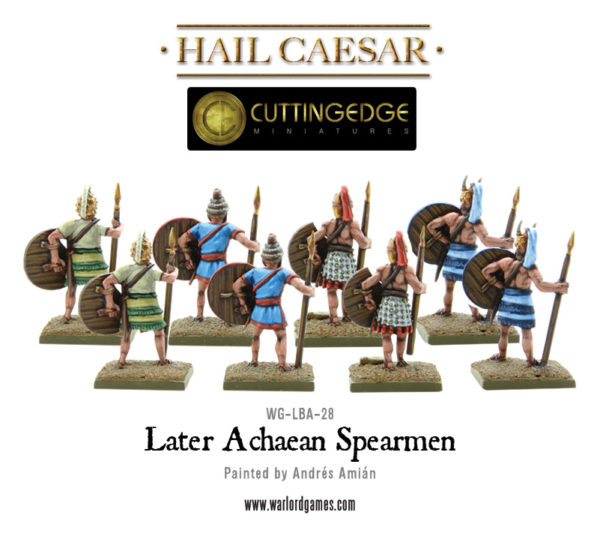 The Sea Peoples were also most likely originally Achaeans and therefore figures from the Sea Peoples range can be used mixed in with the later figures in this range. They are perhaps particularly suitable for western seaboard Anatolian armies.

9 groups or tribes belonging to the confederation of the “Peoples of the Sea”. Depicting your choice of Peleset, Sherden, Lukka, Eqwesh, Weshesh, Shekelesh, Teresh, Tjekker and Denyen who invaded the coast of the eastern Mediterranean including Egypt towards the end of the Late Bronze Age. 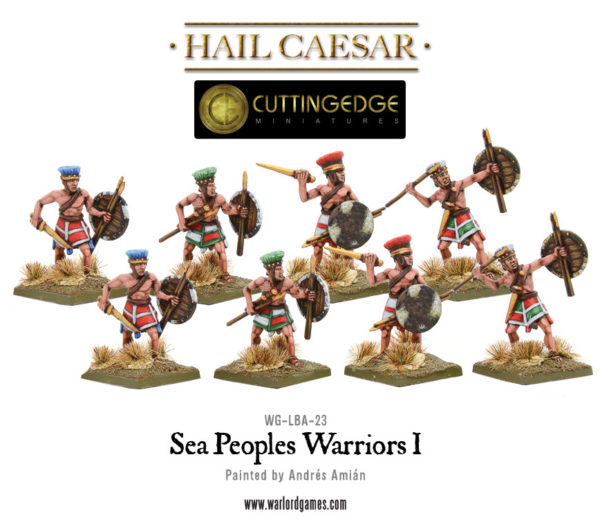 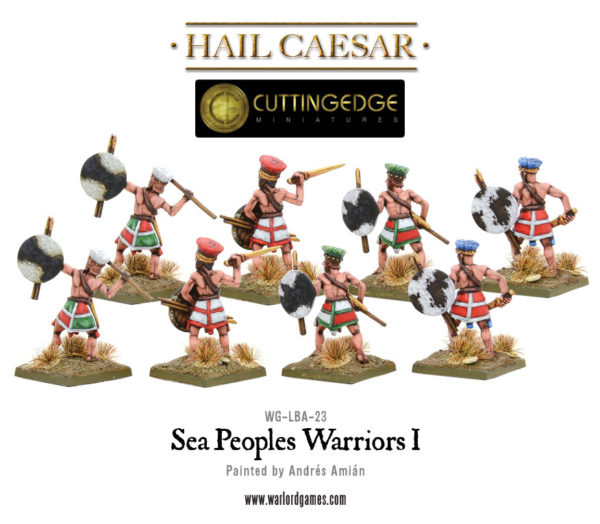 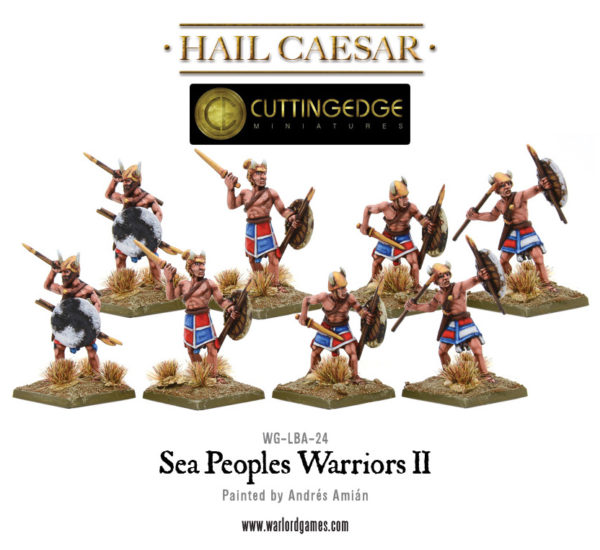 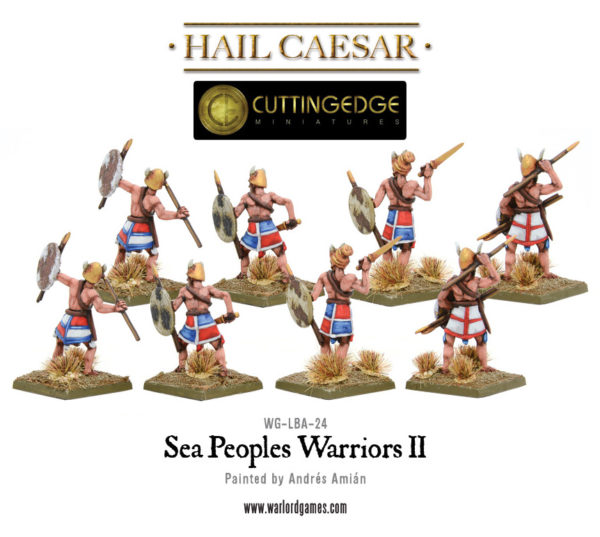 Check out more history and models from these fantastic Cutting Edge ranges in these articles for Hail Caesar: 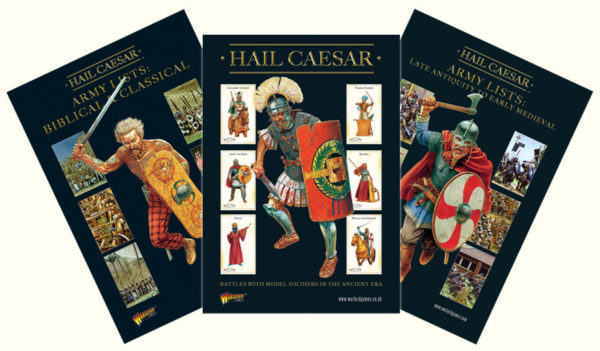