Zut alors! Ze Boche iz ‘ere! Now you can field Hitler’s armed forces as they storms across Europe with their blitzkrieg tactics sweeping all before them. Take a peak out of your pillbox and have a look at what is heading your way… 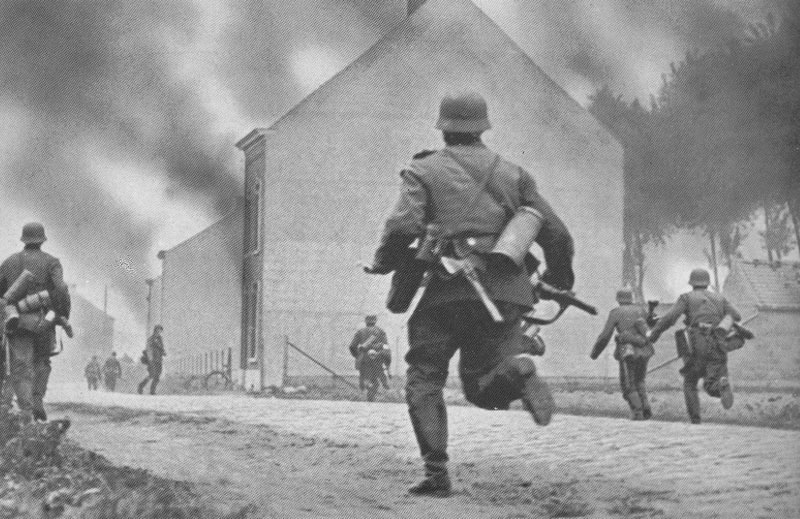 Full squad consists of 2 NCOs with MP38 Sub Machine Guns, 2-man MG34 LMG team, 6 riflemen, plus an anti-tank rifleman. All of which you can see here. 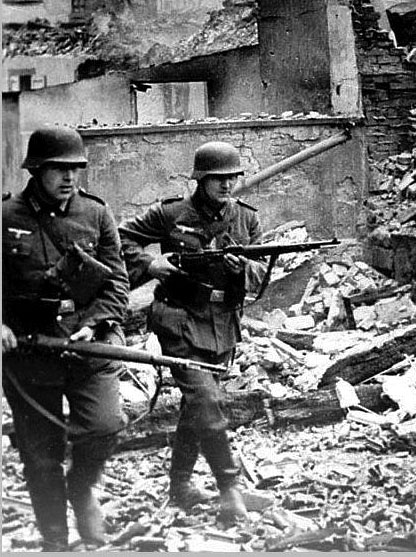 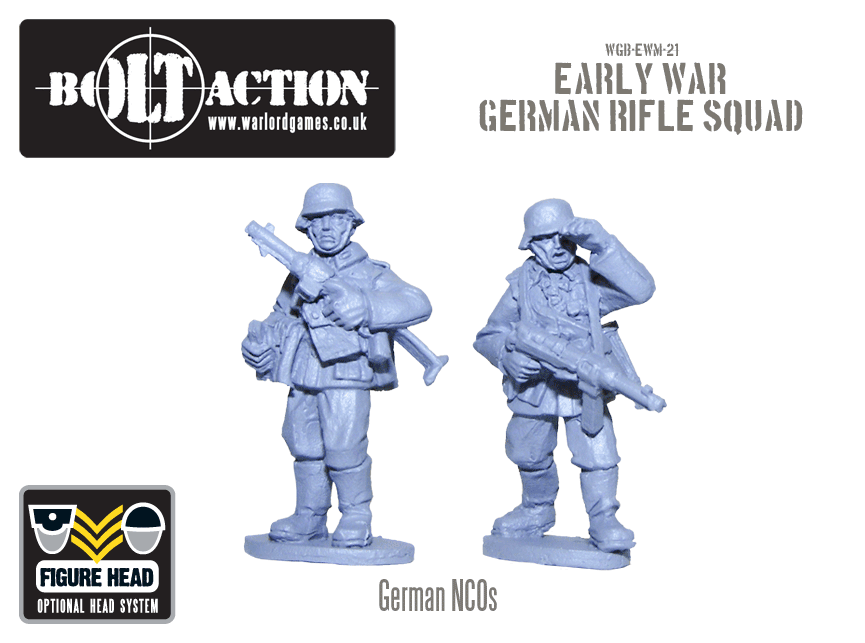 As you can see above the NCOs mean business – one changing a magazine on his MP38 and the other surveying the scene before ordering his squad into action. 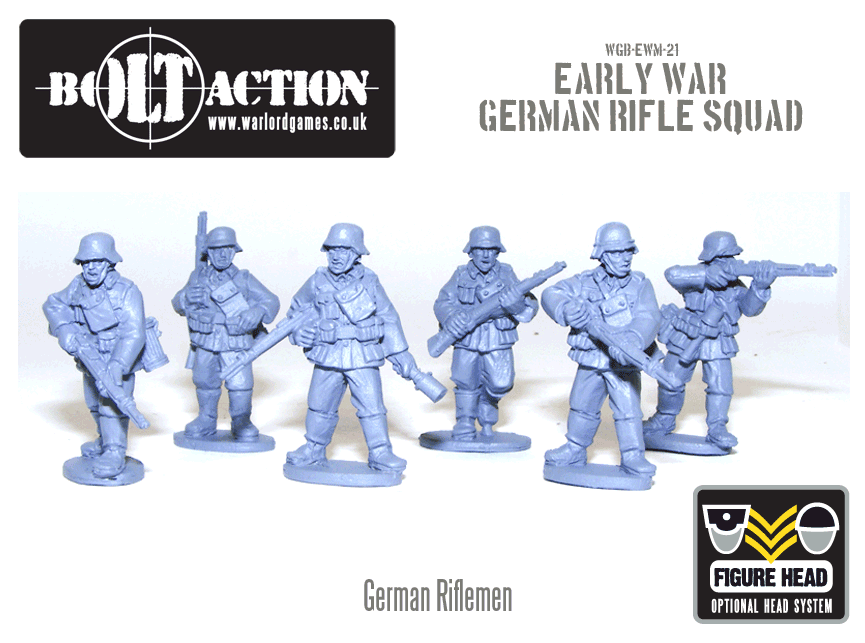 All models in this pack come with separate heads as you’ve come to expect with our figure Head system. This will give you loads of variety in your force. 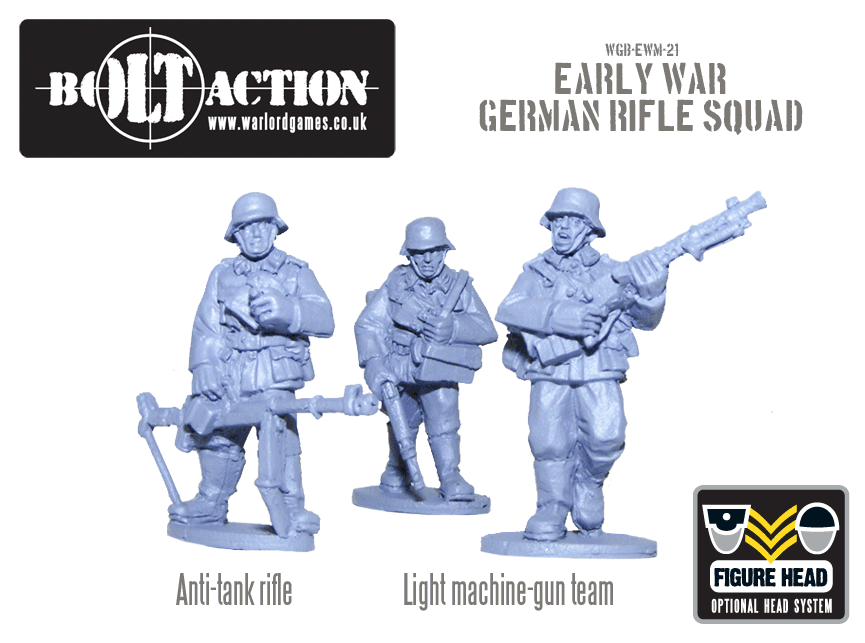 The specialists of the squad are the MG34 LMG team and the soldat with anti-tank rifle – perfect for laying down withering fire onto enemy infantry and vehicles.

Don’t forget we have the British Expeditionary Force available to oppose Mr Hitler’s Wehrmacht! You can see the squad above but we also have plenty more in the BEF range such as a Vickers HMG team and Boyes anti-tank rifle team too. If your brave Tommies are looking for transport the newly released Flying Standard 10 ‘Tilly’ light utility truck is a good starting point!