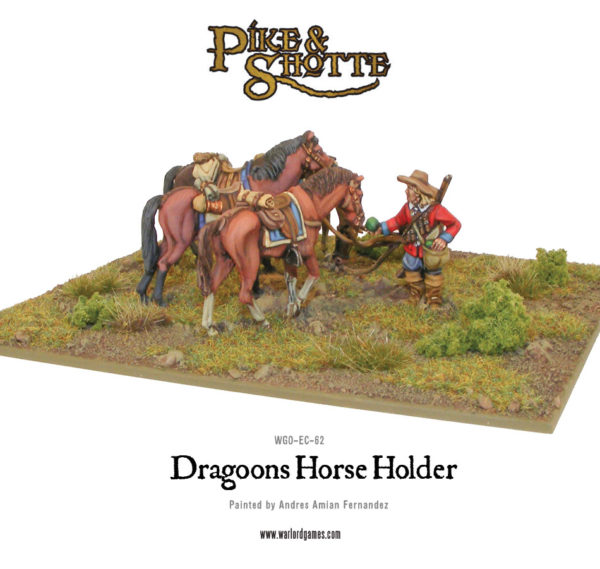 Dragoons used different tactics than Cavalry. They acted in a scouting role, capturing bridges and woods, and their horses were treated with care and protected from harm, being used for transportation rather than in battle. Their long muskets were impractical to fire from the saddle (and tended to spook the horses), so the regiment would ride into position before dismounting. 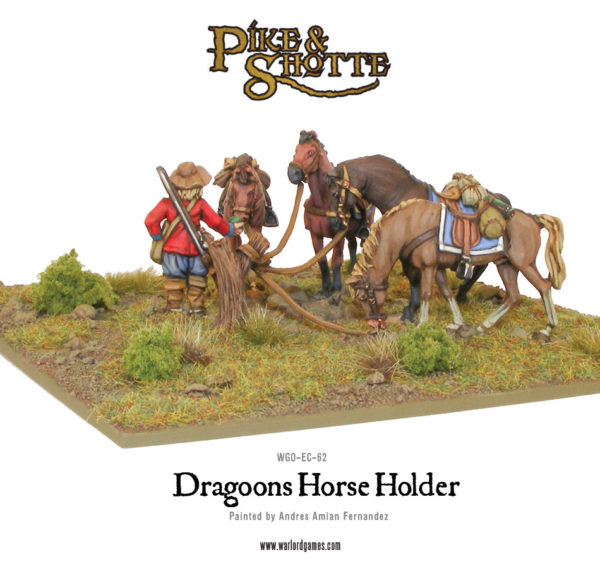 In the heat of battle the horses would be sent to the rear, along with one in four of the men. These ‘horse-holders’ would ensure the horses were sheltered from fire and prepared for swift mount up, whether to retreat or redeploy on the battlefield. They would either link up all the reins or just tie them to a convenient tree. 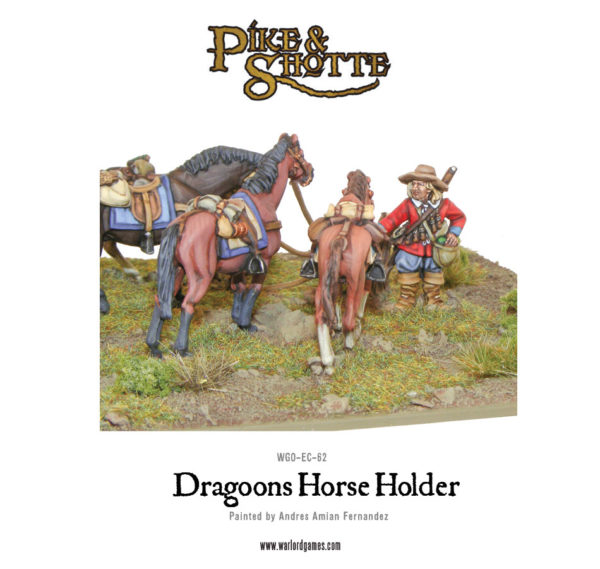 Just like the Dragoons boxed set, Warlord’s Horse Holder can be fielded for either Royalist or Parliament. You could add a bonnet which would make him perfect for Covenanter armies too. He can also represent all sorts of mounted shot for Thirty Years War armies. 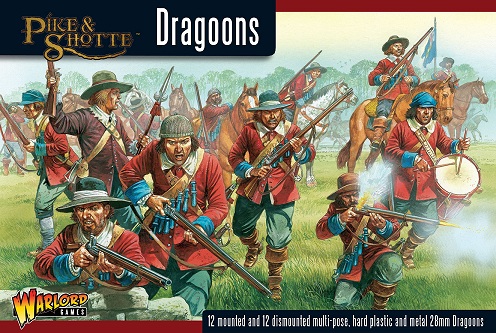