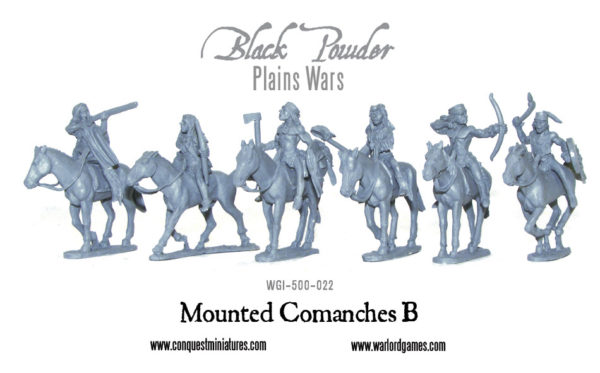 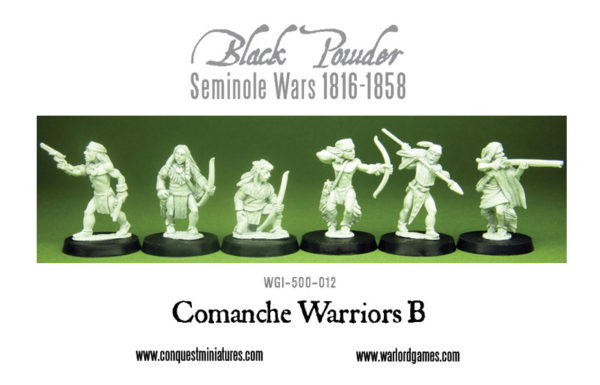 The eagle-eyed amongst you will notice that the foot models are mirrored on horseback, so you can field mounted or unhorsed version of the same model!

These are the second batch to be released and there are more Comanches to come in the future, so now’s the time to get painting!