More reinforcements for Bronze Age armies are in – Medium Spearmen and Hittite or Anatolian Highlander Javelinmen: 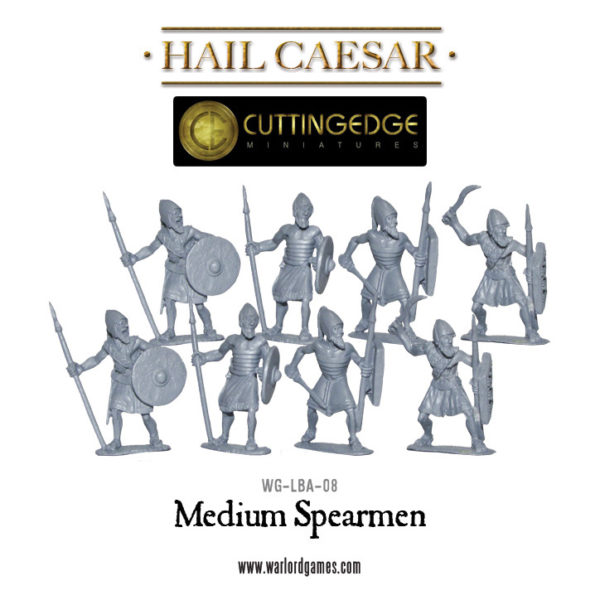 These are the Regular or Retained Infantry of the Late Bronze Age armies of Mitanni, Middle Kingdom Assyria and Kassite or Middle Kingdom Babylonia. In Mitannian armies they would be known as Alik Ilki.

These figures are armed with a Light Spear, a Shield and either a  later Sickle Sword or Straight Sword.

The figures can be used in Early Hebrew armies to represent the spearmen of better equipped tribes such as Simeonites and Ephraimites and mixed in with Levy Spearmen I and Levy Spearmen II for a “warband” effect, or as “Picked Men” (early Gibborim), who may have used captured equipment from wealthier neighbours.

They are also suitable as Royal Guard Infantry in Syrian, Ugaritic and Canaanite armies. 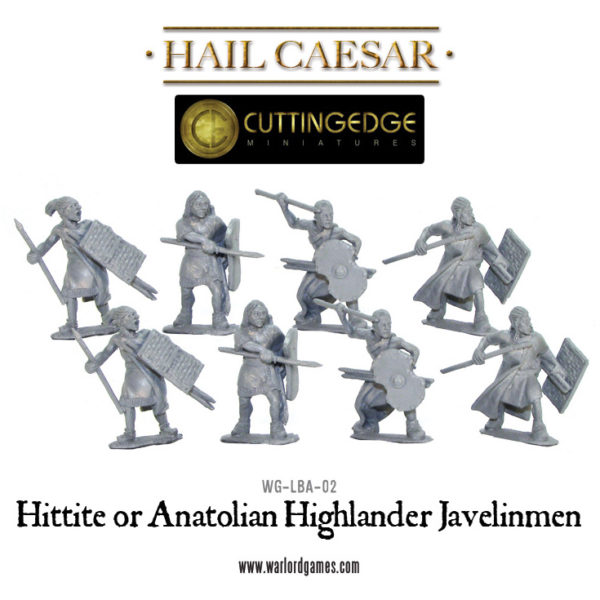 Hittite or other Anatolian unshielded javelinmen of the Middle or Late Bronze Age. They can be suitably used as Skirmishers or Chariot Runners in both Hittite and other Anatolian Highlander armies.