New: More from our partnership with Conquest!

More from our partnership with Conquest Miniatures – some of their superb Iroquois Indians. 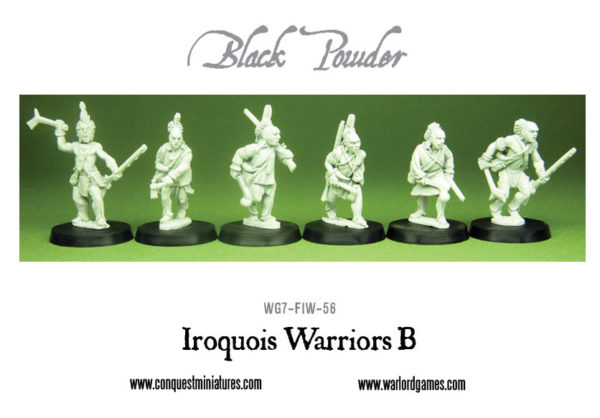 The Iroquois are not, as is often believed, a tribe of Indians but rather a league of several tribes and nations – often named as the Iroquois League, or League of Peace and Power. The League was also known initially as the Five Nations as it comprised of the Mohawk, Oneida, Onondaga, Cayuga and Seneca nations. 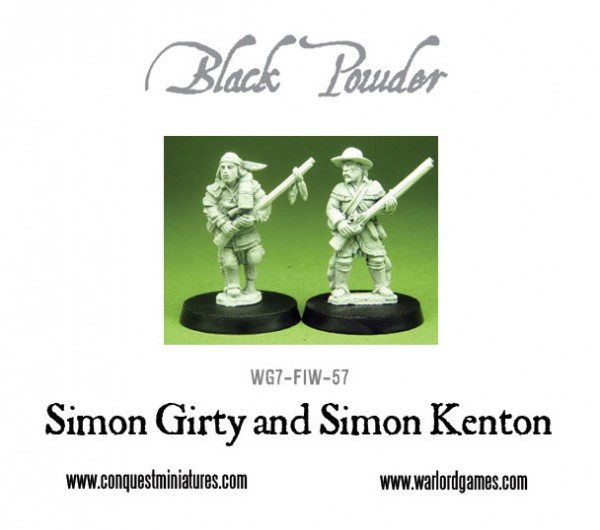 Simon Girty was an American colonial of Scots-Irish ancestry who served as a liaison between the British and their Native American allies. Taken prisoners with his brothers when still children by the Senecas it would be seven years before Girty returned to his family, during which time he had come to prefer the Native American way of life.

Simon Kenton was a famous United States frontiersman and friend of Simon Girty born at the headwaters of Mill Run in the Bull Run Mountains. He served as a scout for the European settlers against the Shawnee Indians.