Model Of The Week: Primus Pilus

We kicked off our Model of the Week feature last week with Paul’s favourite – the Pike & Shotte Marksman, Old Tom. This week John has his say and thus it come to pass that this week we’re putting the spotlight on one of the most popular Imperial Roman sculpts in our range. “So what’s YOUR favourite model that Warlord have done in its mighty three years of existence then?” asks Paul Sawyer to a bafflled John Stallard… 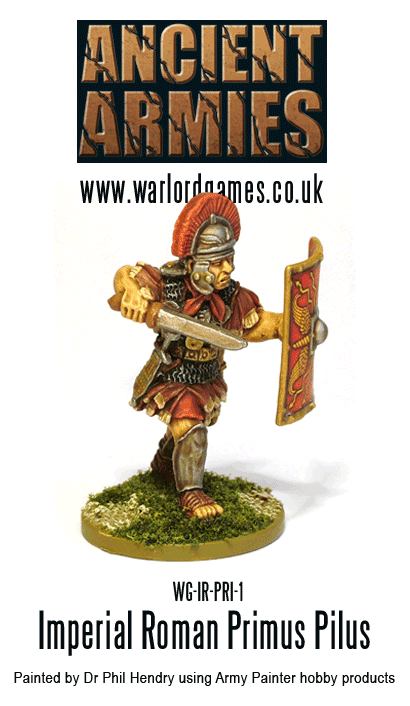 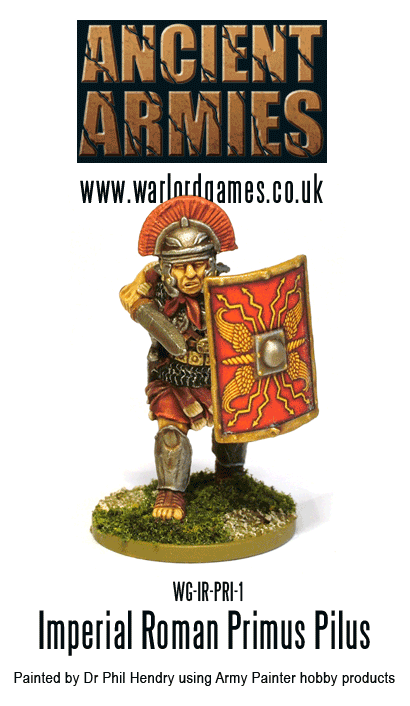 Well I thought, if you REALLY want to know, out of a vast catalogue of really nice characterful stuff, I went for the splendid Primus Pilus model from the wonderful Mr Hicks.

When we started Warlord we said we wanted models that grabbed you by the throat and made you take notice – no boring standard bearer standing vapidly holding a stick for us, no sir!

So when we went a-recruiting for a few good men to sculpt for us, Paul Hicks was asked to knock our socks off with the hardest man in a Roman legion, and he sent to us this ferocious fellow. We had seen some very nice Centurions before of course, but this was the man – the Primus pilus – springing forward from the ranks, leading from the front, snarling oaths and plunging his gladius over his shield and into the face of his surprised barbarian adversary. 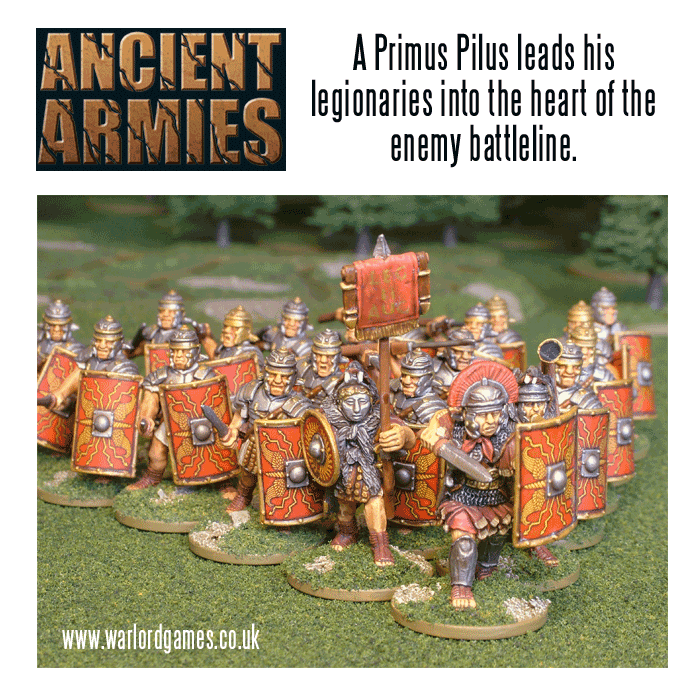 That was the start of a very lovely relationship with Paul Hicks, one of the best in the world I would venture, and if there are any budding model soldier designers out there eager to work with Warlord, well, you will have to firstly be as good as that!

Pick up your own Primus Pilus in our webstore here.