The industrial prowess of the British nation combined with the boffins at Rift HQ has produced the mighty Merlin Heavy Walker, taking Allied walker design to a whole new level. 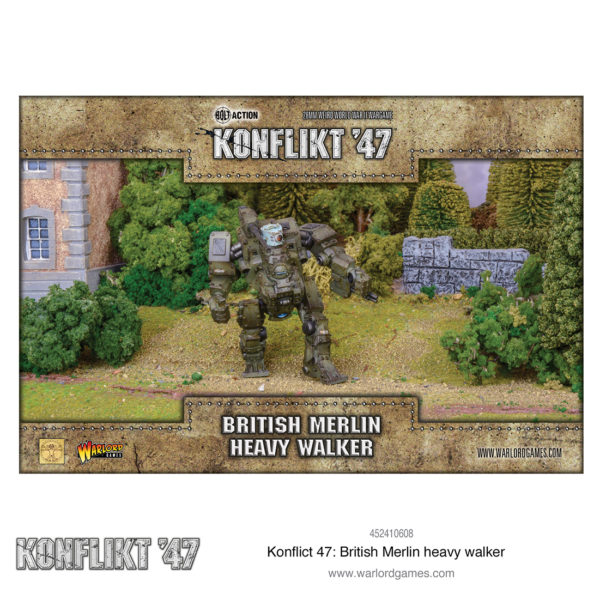 As the development of the Automated Infantry moved into the area of autonomous vehicles, the concept of merging human crews and automated processors was explored in depth by the British Rift-tech scientists.

The first battlefield ready result is the Merlin heavy walker. With a mixed human and automated crew, it combines the best of human reactions and decision making with automated sensors and weapon controls. 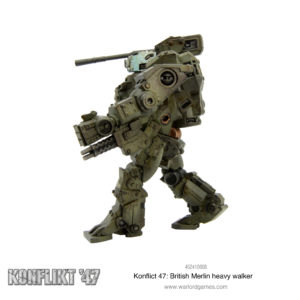 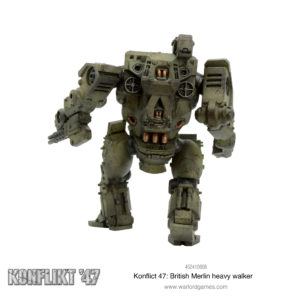 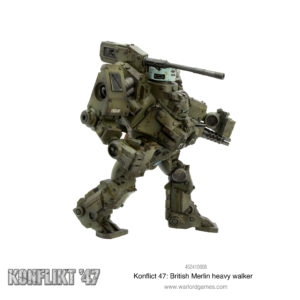 Unable to carry the fearsome 17pdr, the Merlin utilises the surplus M7 3” antitank guns from the older M10 tank destroyers giving it a respectable anti-tank capability. For anti-infantry defence and for targeting light vehicles it carries twin .50cal heavy machine guns on its left arm and an automated medium machine gun in the hull.

Maintaining the utility arms that are so popular with the crews of the smaller Grizzly, the Merlin is truly versatile and has taken Allied walker design to a new level.

Discover the full rules for the Merlin Heavy Walker on page 58 of ‘Defiance‘, a Konflikt’47 Supplement. 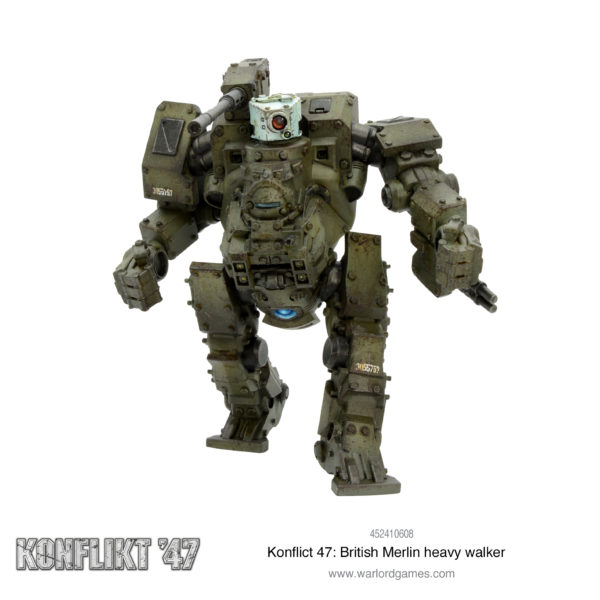