The Boffins at Rift HQ have the perfect platform for trialling new weaponry – the British Grenadiers, or Rift Grenadiers, an elite shock unit to match the best any other nation can muster… 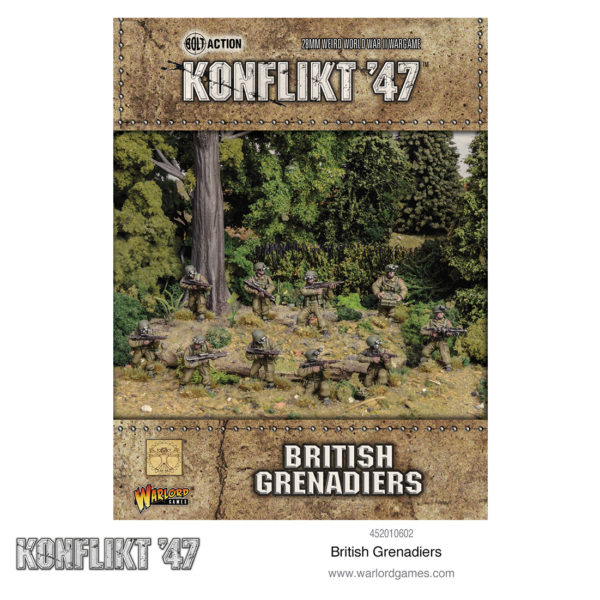 In order to test new equipment and technology coming from the UK’s Rift-tech labs and workshops, the 7th Bn Grenadier Guards were seconded to the Rift Research Department in order to provide troops to trial new equipment and technology.
Once initial trials were completed, platoons of the Battalion would deploy forward to test the equipment on the front line, often to the benefit of the infantry they were supporting, but occasionally proving a project a disappointing failure. 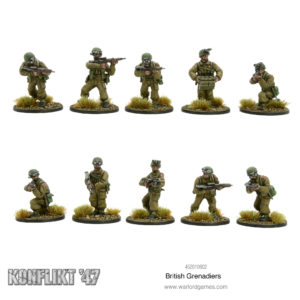 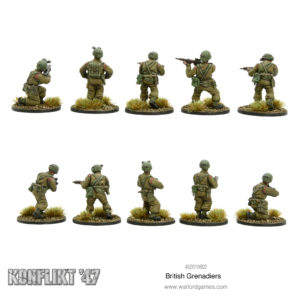 Over the past two years, the Battalion has developed a greater understanding of the weaponry at its disposal and is now considered an elite shock unit as much as an R&D unit. This, of course, fits nicely with the role the Grenadiers and the Guards Division has played in the British Army’s history.

Although technically still part of the Guard’s Division, the unit is often referred to as The Grenadiers, or more recently, the Rift Grenadiers.

Discover the full rules for the British Grenadier Section on page 48 of ‘Resurgence‘, a Konflikt’47 Supplement. 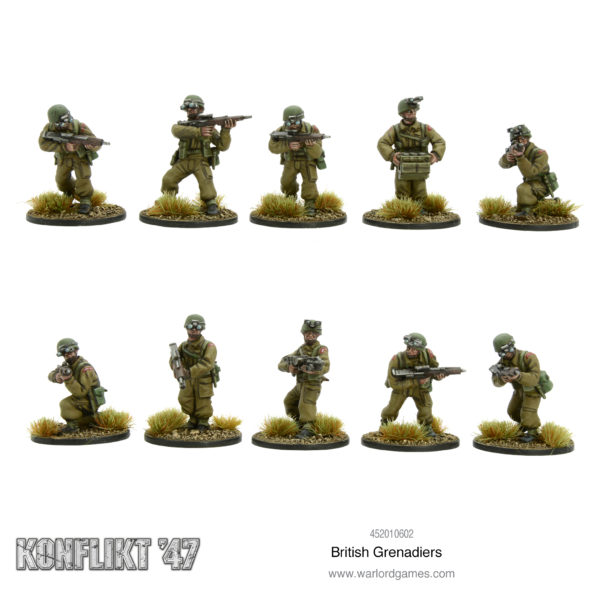