The Korean People’s Army is reinforced with heavy firepower in the form of the heavy mortar, the M42 anti-tank gun & the Katyusha!

The forces of the KPA are further bolstered with weapons acquired from their USSR allies. Though most of these weapons dated from world war 2, the North Koreans nevertheless made effective use of them.

The multiple rocket launcher mounted onto a truck is one of the most distinctively Soviet weapons of the Great Patriotic War, so of course, the USSR passed this weapon on to its KPA comrades. A Katyusha barrage delivered a devastating and highly demoralizing amount of firepower very quickly in a saturation bombardment. It was, however, inaccurate and reloading times were longer than for conventional guns. As a result, Katyushas generally supplemented, instead of replacing, normal guns, often being employed to open an attack. There were several different types of launcher mounting various numbers of rockets – anywhere from 14 to 48. Those carrying the most rockets required considerably longer to reload. All Katyushas were used for long-range bombardment and most were truck-mounted. Their mobility enabled them to disperse quickly after firing to escape the effects of enemy counter-battery fire. 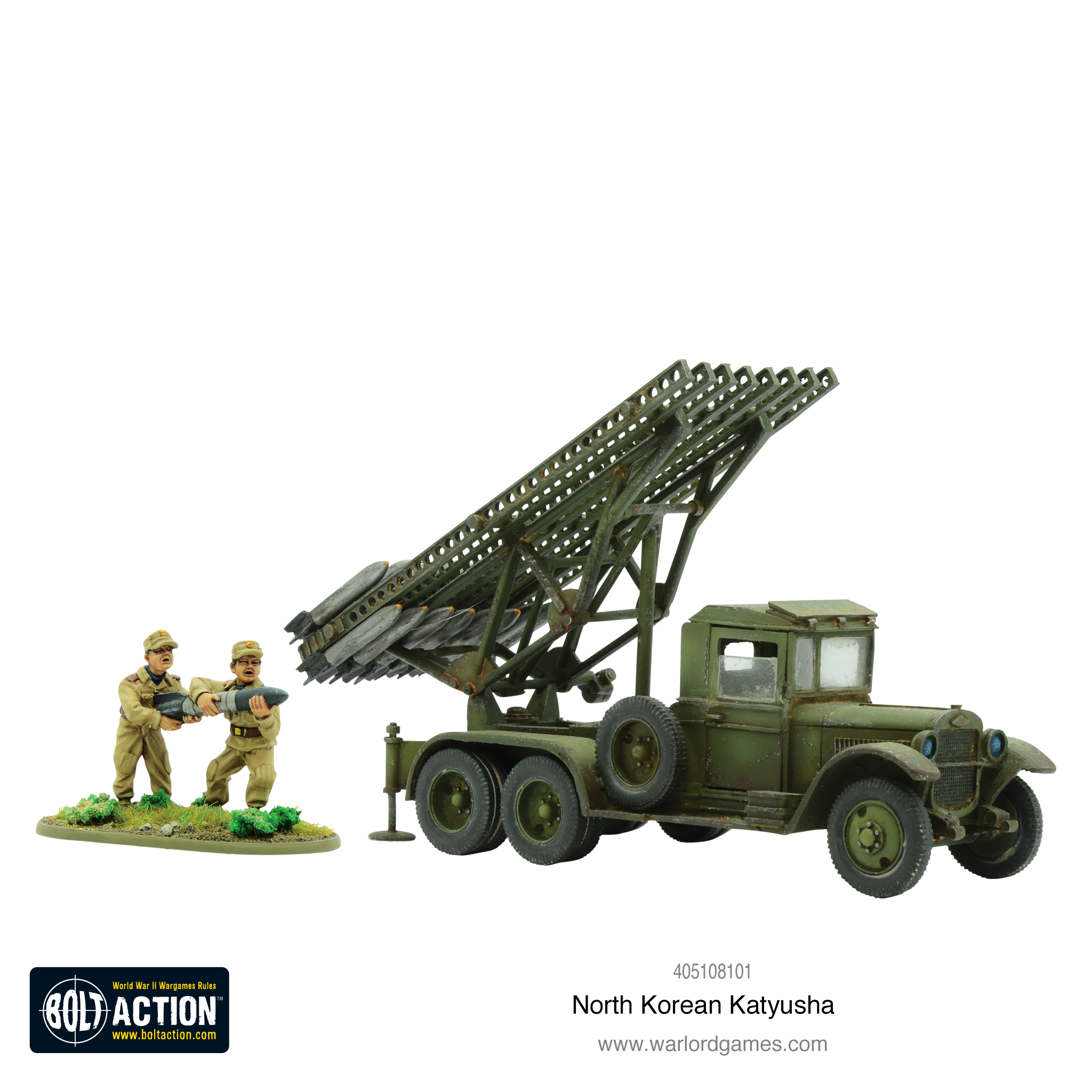 The 45mm anti-tank gun, M1942, was designed to provide a weapon with greater penetrative power. However, like the prior M1937, it was outdated against the modern UN armour. The light-weight gun is mounted on the modified carriage of the M1937 anti-tank gun. The M1942 has a slender whip-like tube that is three inches longer than the tube of the M1937. The gun was relatively lightweight and of considerable value to KPA infantry. 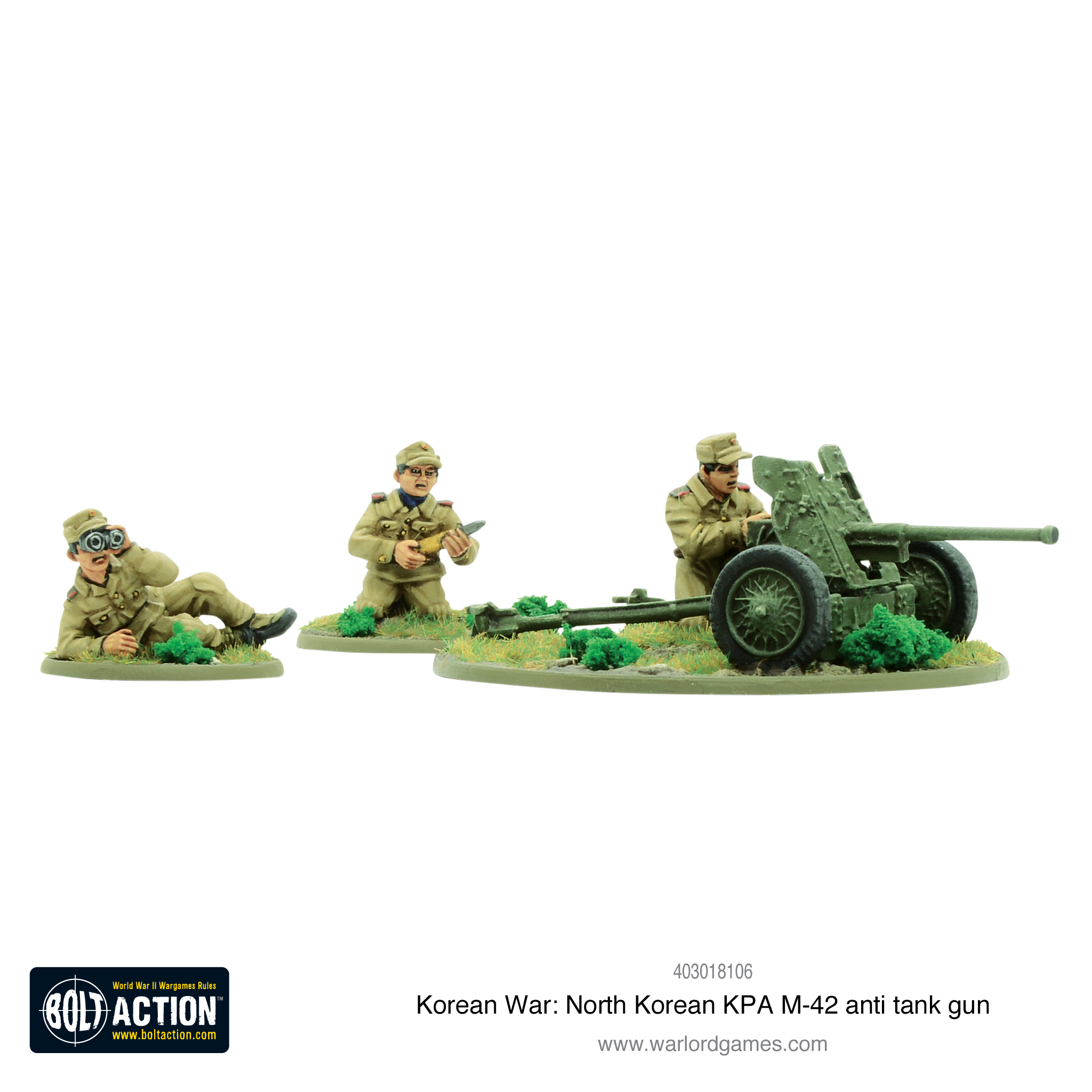 The KPA used the 120mm mortar which had a range of about 6,000 yards. Although even heavier mortars were produced, these were breech-loading Soviet model weapons with carriages and required towing vehicles to move, making them true artillery pieces. The Soviet strategy, shared with the KPA, showed that these weapons were used in a manner similar to the US 105mm howitzers. This very effective mortar could be broken down into three parts and transported by pack animal, making it highly mobile. 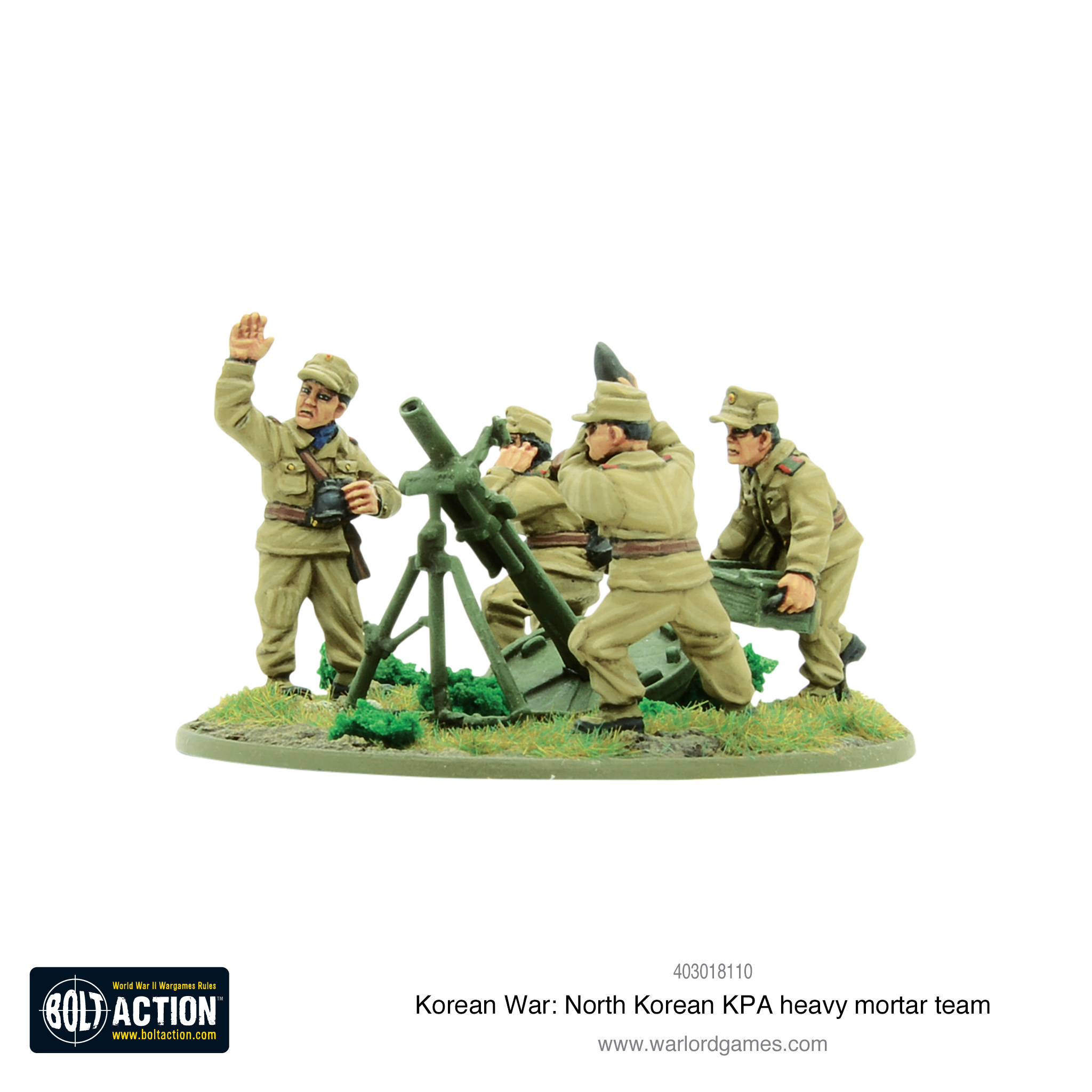 Dan can often be found contemplating the mound of unpainted minis building up under his desk. He has a tendency to roll lots of ones. He also has a tendency to complain about rolling lots of ones.
View Profile | View all posts by Dan Hewitson
Korean War: M39 Armoured Utility Vehicle
Warlords of Erehwon: New Miniatures from Lucid Eye