This week, we head back to the age of Pike & Shotte for a quick look at one of the civil war’s principal architects – enter King Charles I!

Charles I was the second son of James VI of Scotland and I of England. Charles’s popular older brother Henry died in 1612 leaving Charles as heir, and in 1625 he became king. Charles’s reign was marked with
ongoing tensions with Parliament over money, exacerbated by Charles’s involvement in the European wars. 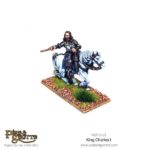 This fantastic model depicts King Charles on campaign, astride a white horse brandishing a baton to direct his troops in the field. Clad in an ornate suit of armour, with a sword at his belt and pistol hanging from the saddle, the king is ready to join the fight!

Sculpted by Matthew Bickley, King Charles is the perfect centrepiece for any English Civil War army – either on his own or as part of a mini-diorama!

To make matters worse the King favoured a High Anglican form of worship, and his wife was Catholic, two factors that made many of his subjects suspicious, especially the Puritans. Charles dissolved Parliament three times between 1625 and 1629. In 1629, he dismissed Parliament and resolved to rule alone. 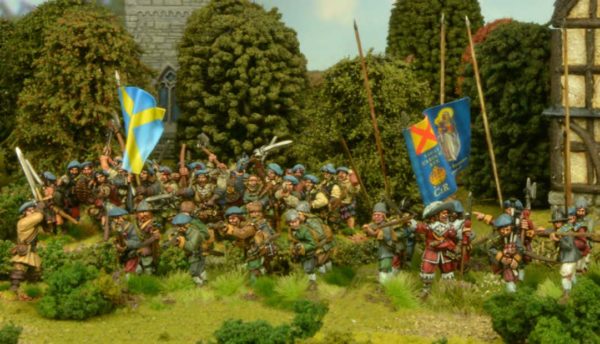 This forced him to raise revenue by non-parliamentary means which made him increasingly unpopular. Unrest in Scotland that led to open conflict known as the Bishops’ Wars put an end to his personal rule. He was forced to call Parliament to obtain funds to fight the Scots. In November 1641, arguments over who should command an army to suppress an uprising in Ireland led to the breakdown between King and Parliament. 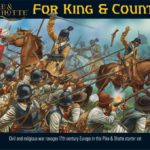 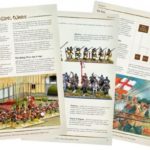 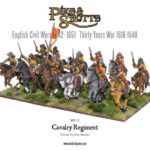 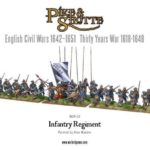 In an attempt to assert his authority Charles tried to arrest five Members of Parliament and in August 1642, raised the royal standard at Nottingham. The Civil War had begun. The King was defeated in 1645-1646
by an enemy with better organisational and diplomatic skills (Parliament was able to bring the Scots in on their side), a greater population and the ability to support and supply forces in the field. 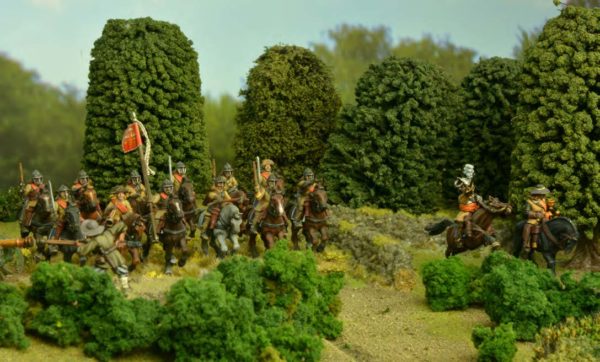 In 1646, Charles surrendered to the Scots, who handed him over to Parliament. He escaped to the Isle of Wight in 1647 and encouraged discontented Scots to invade. This ‘Second Civil War’ was over in less than a year, with the Royalist cause in tatters, and its leaders either dead or in exile. Convinced that there would
never be peace while the king lived, a rump of radical MPs, put him on trial for treason. He was found guilty and executed on 30 January 1649. 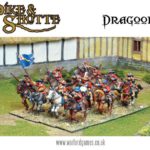 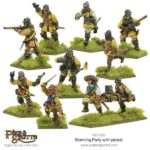 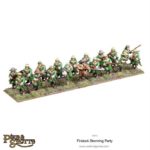 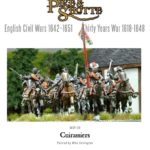 Tom spends most of his time buying books and painting miniatures. He enjoys putting animals on the bases of his miniatures and half-finishing side projects. Some say that he lives in a tower on top of some windswept northern hill with his wife and cow-patterned cat, Spaghetti.
View Profile | View all posts by Tom Mecredy
Tournament Tales: Three Good Men
Close Quarters: The Yugoslav Tiger Fleet