John, the owner of Warlord Games has been hard at it getting together a brigade of our Napoleonic Prussian Landwehr. As soon as the metal metal became available he grabbed them and a few boxes of the plastics and got to work.

With the plastic models being just two part models he was easily able to build two boxes of them and get them based up in an evening, adding in a smattering of mounted officers, casualty models and the extra metal Landwehr musketeer poses for added variety. In addition, John produced a further battalion which was partly pike-armed. These weapons were common enough in the 813 campaign, and wanted a fourth battalion in the classic Prussian pose used by regulars and reservists – at trail.

With the assembly done in painless fashion, he turned to painting. Starting out with a basecoat of Army Painter Navy Blue. The beauty of the Army Painter sprays is, unlike other coloured sprays, they need no undercoat so you save time and cash! 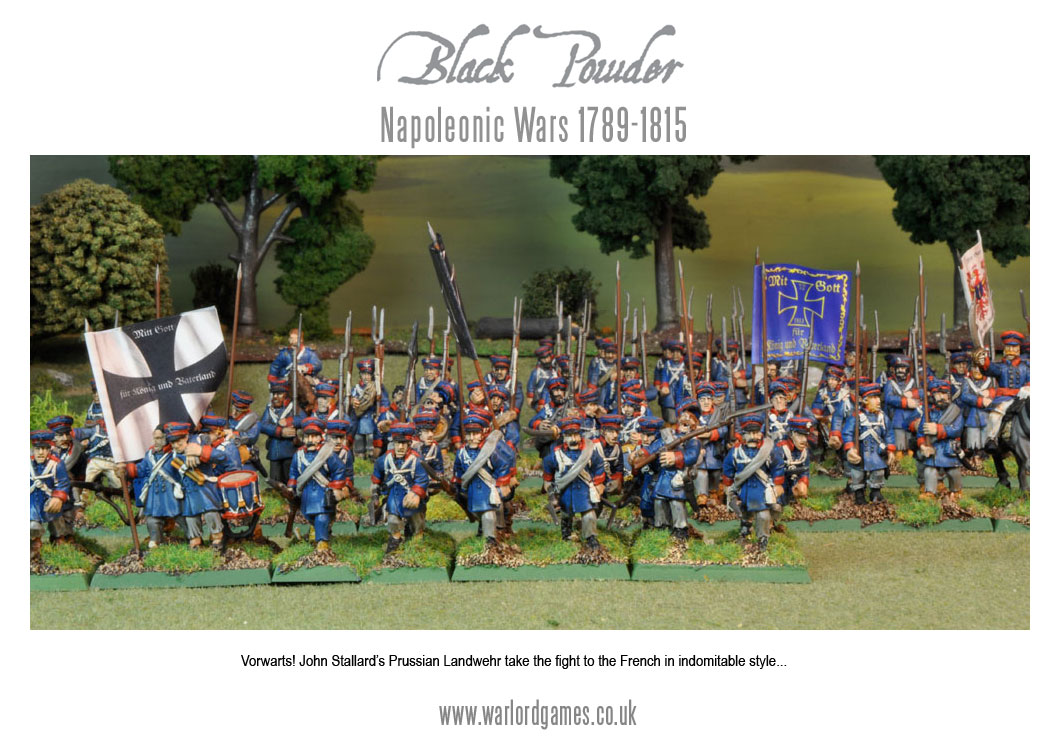 Once the spray had dried, it was purely a ‘production line’ job with details picked out in flesh, red, brown, black, white and gunmetal. Then it was all about the magic ingredient – the Army Painter Quickshade ‘dip’ and the finishing touch – the amazing Army Painter Anti-shine matt varnish.

With the painting done, it was time to deal with the basing. Sadly, John failed his morale roll and, with mind willing but flesh weak, he gave the task of basing the brigade to the nice lads at Ibis Miniatures (featured on this very site recently) and a rather good job they did too.

So, here we have four Prussian Landwehr battalions storming forward in echelon to drive through the French lines. Vorwarts! 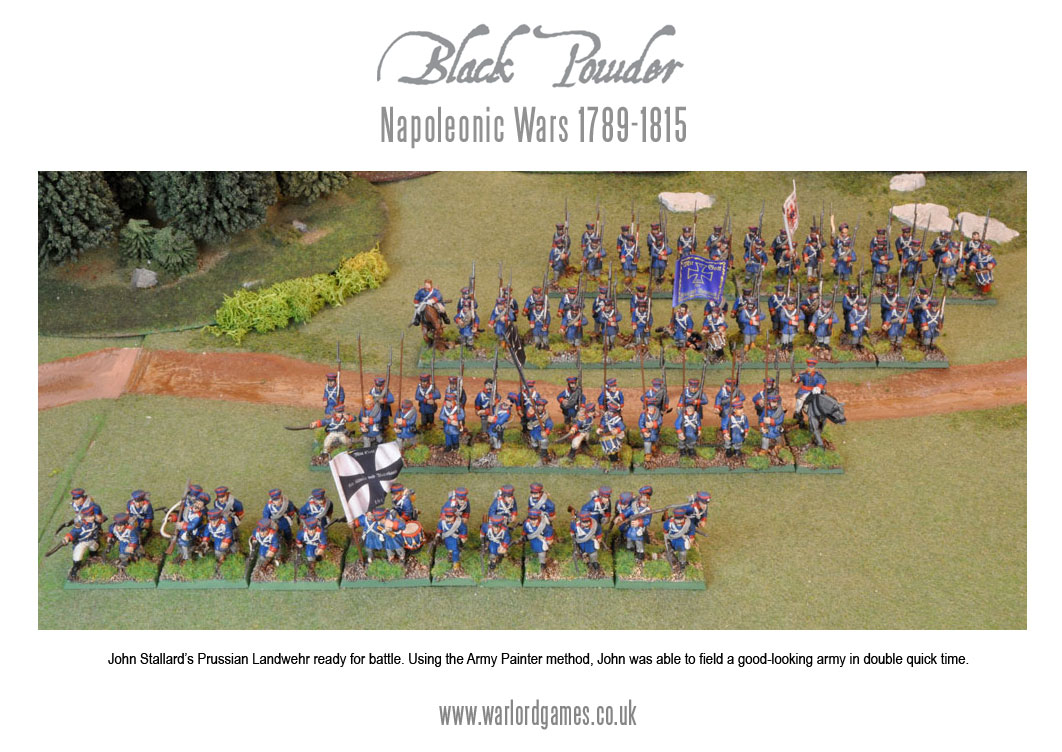 If John can do it, you can too! Grab yourself a box of Landwehr along with some of the cool “Prussian Up Daisies” casualty models. There’s also the fab Mounted Officers, Landwehr Command, at trail, and musket/pike sets. You can’t lose! See the whole range here!