Although I usually do an extensive research on uniforms, badges, camouflage patterns and the like for my historical miniatures, I avoid any ‘official’ colour schemes when it comes to SF settings. It is so much nicer to create one’s own backstory and follow it up with a unique look of the forces. I quite liked colours suggested in the rulebook, I just wanted to apply my personal touch to the miniatures I will be spending a lot of time gaming with.

Since Boromites are first and foremost workers I knew I had to start with selecting a unifying colour to paint all their equipment. I wanted it to have both military and power toolish look. Warlord’s choice was a rich saturated yellow and while it worked, especially when contrasted with black which suggested weight and sturdiness, for me some kind of green seemed a better choice.

I went through Vallejo Model Color range and when I saw Green Sky I knew I had to use it. But what would provide a nice vibrant contrast to that? Some kind of red, surely. I considered my options… 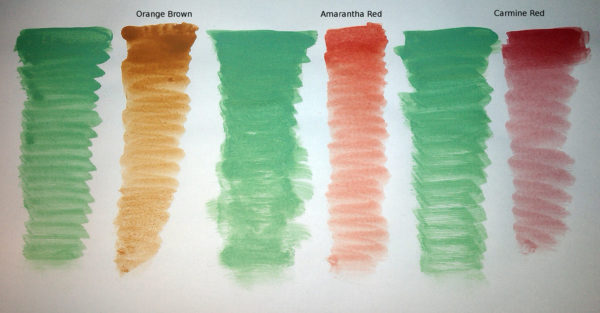 Carmine combination looked a bit too unnatural and Amarantha Red was too aggressive. I tried highlighting Orange Brown further and it worked well. I really dig this verdigris meets rust appearance, so I proceeded with painting my first test figure. 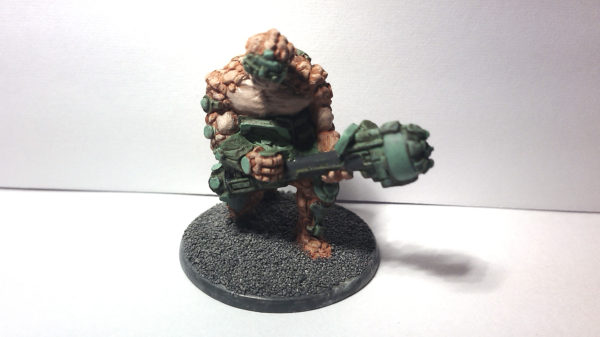 The overall effect was pleasing to the eye, but then I started having doubts. Do I really want every single miniature to look identical? I could work around it by adding some variation to the skin tones, but will it be enough? I decided to go back to the rulebook and read the Boromite background again.

The excerpt about natal implants being able to change the natural colour of Boromite’s scaly skin and descriptions of guilds consisting of varied families gave me an idea. I started imagining a society of space travellers who are desperately looking for a new place following an exodus from their homeworld caused by some trouble in the past. A loose alliance of two distinct clans, previously pitted against each other but later united by a traumatic event that destroyed what they both had previously considered tradition and culture. Boromites forced to reforge themselves beyond the norm of their kin. NuBors so to speak.

I still need to see where this approach will take me when I sit down to write the whole background for this guild, but at least I decided to divide my units into two different groups. One will be a clan that specializes in being a hired workforce: Lavamite handlers, work gangs with mass compactors, engineers, frag borer operators etc.

On the other hand, mag gun wielding gangers will form a militarised subgroup together with support weapon teams and the like and will offer their services as mercenaries. Each group will have a distinct skin colour showing their allegiance, but their weapons and what little body armour they wear will have a unifying green paint job. I immediately painted another miniature to test this premise. 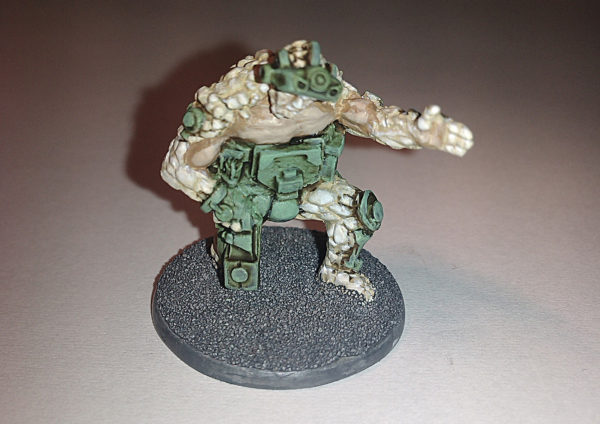 I felt satisfied with the result and it was time to take a look at another part of my force: the unique Lavan species. I started with Micromite probes. I am a bit fussy when it comes to repetitiveness among my models and when I saw that the blister of Micromites I got had two identical versions of one model I decided to try my miliput skills and dabble a bit with converting. 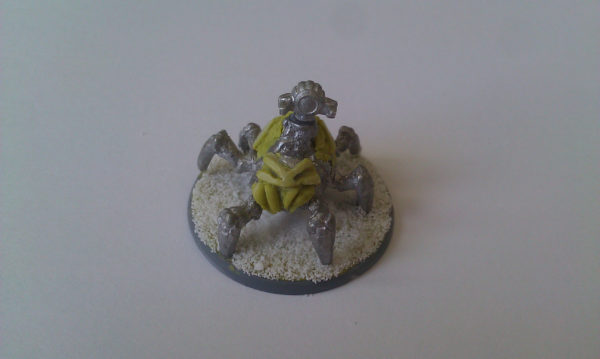 For the colours I opted for a mix of khaki brown as background shading and slate white highlights to maintain illusion of a rocky arachnid scuttling about in a menacing manner. 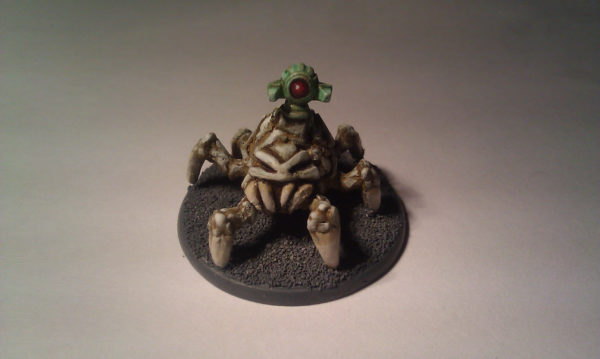 For their larger and more brainy (literally!) counterparts, namely the Lavamites, I will stick to the same theme but will incorporate some dark greys and reds in form of a stripy pattern to give them a more threatening do-not-touch-me-or-you-will-be-sorry feel.

Besides miniatures Warlord was kind enough to send us a huge crate of terrain stuff as well, and I took Sarissa’s transmat station kit home to assemble and paint as part of our collective effort to build our Selena themed gaming table. While the station itself still remains to be completed, I managed to pick a palette for the set. Nice warm sandstone appearance with some complementary greenish blue to contrast the device against dark grey of our planet’s rocky surface. 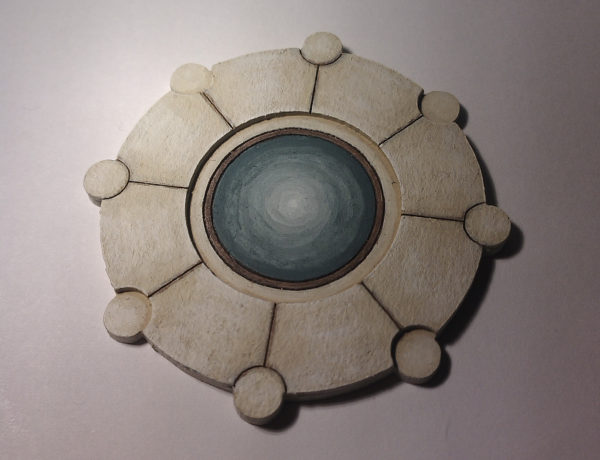 Now all that remains to be done is to paint the rest. Sounds like a plan to me. If only time could be a little more stretchable!

Hopefully I will soon present my fully painted Boromite force undergoing a baptism of fire in the muddy and misty canyons of the barren Selena.

Boromites in Beyond the Gates of Antares

The Boromites are an extreme physical morph. Their ancestors were bio­adapted to live and work upon asteroids with thin atmospheres, low gravity and extreme temperatures. This is perfect for enduring hostile environments. 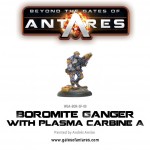 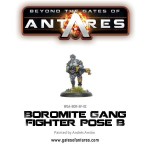 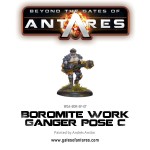 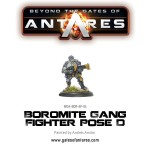 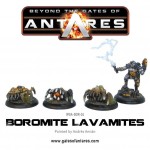 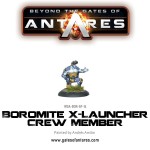 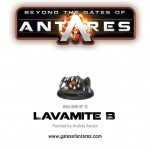 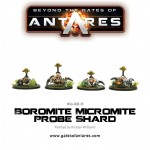 0
Beyond the Gates of Antares593 The Antares Initiative23