HOW TO FIGHT A BATTLE WITH THE SUMERIAN OR AKKADIAN ARMY

First the commander and his generals would survey the battlefield. It would be difficult to find a high point on the plains of Sumer. In the highlands, the foe might be lurking higher upslope than the invaders! Commanders riding on battle-carts or other chariots would gain some height, possibly helping their own troops to recognise them above the clouds of dust. In a battle between Lagash and Umma, the Ummaites are said to have deployed their vanguard on a feature called ‘Black Dog Hill’. Scouting ahead with light troops to secure such advantageous positions would be important. Shulgi, the mightiest of the kings of the Third Dynasty of Ur says; ‘when I set off for battle…I go ahead of the main force of my army and I clear the ground for my scouts. I have a real passion for weapons! Not only do I carry a javelin and spear; I also know how to hurl slingstones with the sling. The clay slingshot ….fly like a violent hailstorm…I do not let them miss!.

The records of the border war between Lagash and Umma, which was fought over the stretch of disputed semi-desert known as the Gu-Edina, gives details of the terrain futures. As the war progressed each side added more features to the terrain in their efforts to demarcate the border. A few extracts from the texts indicate the sort of scenery among which Sumerian armies clashed on the plains of Sumer. Mesalim, king of Kish (who initially arbitrated the border) measured the field and erected a stela. Later, Ush, ruler of Umma, arrogantly pulled out the stela and marched into the plain of Lagash. Umma was defeated and a great burial mound raised over the slain enemy in the plain. The border was remade and the irrigation channel, called the Inun-canal, was extended into the area. The stela was restored and a new one set up. Three shrines to the gods were built upon the levee raised to demarcate the border. Along one edge of the battle-zone the River Tigris flowed near the town of Girsu. There were cultivated fields of barley and irrigation ditches around here. Umma claimed some of these irrigation ditches and diverted the water, breaching the levee, but Lagash responded by extending an irrigation canal from the Tigris to the Inun-canal, and the levee and its shrines were reinforced with stone. Would you want to fight with battle-carts in terrain criss-crossed with ditches like this? In a subsequent battle it appears that Umma’s elite brigade of 60 battlecarts was cornered against a canal while trying to retreat and wiped out, resulting in five more burial mounds upon the plain.

Against the Guti highlanders, and also on campaign in Anatolia, Akkadian armies of Sargon and Naram-Sin marched with their formations of close order spearmen into high, forested mountains. They appear to have been successful. For campaigns up the Tigris and Euphrates and over the sea to Magan (Oman) embarkation and disembarkation of a large army from many big boats, would be required. 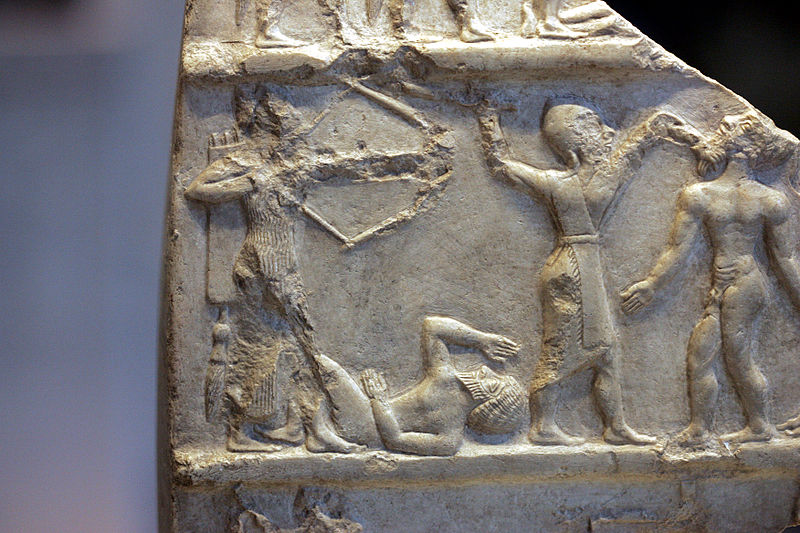 The Stela of the Vultures likens the battle to the city god casting a huge fishing net over the foe- the battle-net. The god is depicted with vanquished foemen trapped in a net like fish and bopping them on their protruding heads with his mace. Maybe this heroic image was suggested by the view of the various sub-units of the army drawn up for battle. With blocks of spearmen, perhaps in a chequerboard formation, connected by lines of skirmishers, the deployment might look like a huge net advancing to envelope the enemy army.

The main close combat troops were issued with armour or big shields to protect them against the hail of missiles that would inevitably be hurled at them by enemy skirmishers as they advanced. These skirmishers would attempt to wear them down, tire them out, distract them, and screen their own close combat troops. It would be a test of discipline to keep up a relentless advance in the face of this ‘hailstorm of slingstones’ as the Sumerian texts call it. Your own skirmishers could be sent forward to try and chase them off, and shield bearers could advance in front of unshielded spearmen. Another option would be to unleash a few battle-carts to chase away enemy light troops. The battle-carts could use a short spurt of speed directly ahead to panic the skirmishers into taking rapid evasive action or be trampled, assuming that the battle-carts, which had frontal protection and a big upright frontal shield, could survive the missiles.

The Clash of Close Combat

Eventually, the close combat formations of spearmen would crash into each other. This might vary from a surge of impetus or a slow motion thrusting and shoving, until one side lost cohesion and gave way. A lot would depend on the discipline, stubbornness and determination of the soldiers to decide who defeated whom. Units on both sides would recoil or push forward, creating opportunities for other units to crash into the flanks of the foe to help out hard-pressed comrades. Here the handy 60 man units would prove useful, as would the use of small units of axemen. If gaps appeared in the enemy battle line as units fell back or fled; the battle-carts could trundle through and trample the fleeing foe, preventing them from rallying to make another stand. Victory would usually go to the best disciplined, best trained, bravest and most determined side.

On open ground, such as desert margins, a force of battle-carts could be deployed on the flanks to be sent around the enemy army. They might, of course be opposed by enemy battle-carts, light troops, tribal auxiliaries or skirmishers. Light troops might be swept away or trampled, but enemy chariots would result in a confused melee. Here supporting light troops might tip the balance. Against steady close-formation spearmen, the battle-carts would have doubtful chance if they charged directly; but might ride past hurling javelins. The spearmen would not dare to move while under such attack. It is possible that the long-spear formation was actually devised to deter chariots as much as to gain advantage over enemy close-combat infantry. At the moment in the battle when the enemy formations had taken a beating and were falling back in disorder; the battle-carts would be unleashed in a mass attack. They would pursue; overtake, strike down, trample and chase the fleeing foe, preventing any chance of them rallying and possibly even pursuing them to the gates of their city. The close-formation spearmen, having done their work in the grinding hand-to-hand combat, would be far too tired and encumbered to pursue the foe. If the enemy were allowed to get away, the battle would be indecisive and a rallying enemy army might even manage to snatch victory from the jaws of defeat. Only relentless pursuit and heavy losses resulting in heaps of slain to feast the vultures would make sure that the rival city knew it was beaten. Kingship would pass to the victor; the crown awarded by the elite troops of the battle-carts, even if hard won by the sweat and blood of the citizen militia. 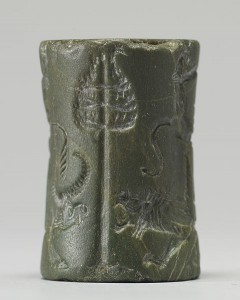 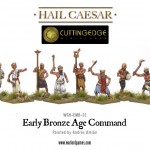 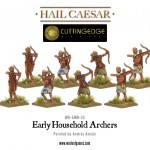 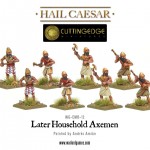 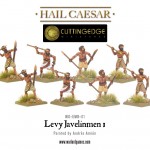