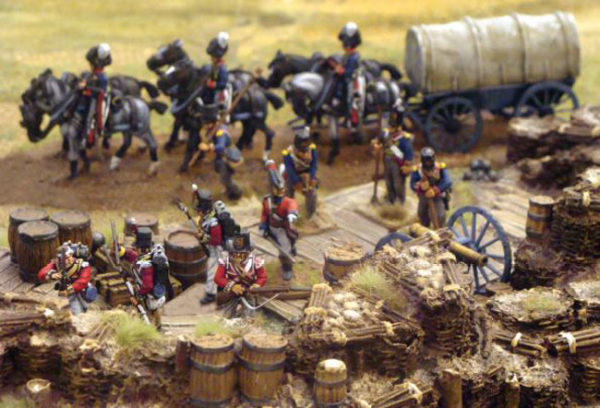 The common tactic of having your cannons placed on the high ground is usually what people think of when it comes to placing artillery – especially tabletop wargamers. However, this was not the best case in the Napoleonic period, as cannons were most effective at close and medium range. The artillery batteries sought out flat land with a good field of fire, preferably with no obstacles in the way. If placed on a hill, the trajectory of the shot could likely mean that the cannon ball would simply bounce over the head of an enemy.

The British batteries were a formidable sight on the battlefield, whether used in siege warfare or to support the infantry and cavalry. Able to fire rapidly under pressure, coping with the stench of gunpowder and reloading under fire from their opposite numbers, the cannon crew would be essential to maintaining fire support as an army advanced.

This horse-drawn artillery of the British army could march 10-15 miles a day, with full crew and limber snaking behind the main force. 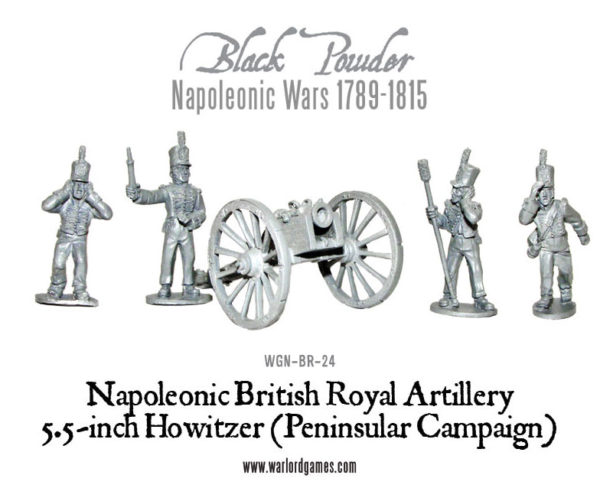 The 5.5 howitzer was used for siege warfare as well as on the battlefield. Unlike the mortars of the period, the howitzer was more manoeuvrable, but could still fire a projectile over a greater distance and could do so indirectly. The howitzer fired a high explosive shot, blowing apart almost anything the round hit. Alternatively it could also fire a flammable round (carcass) and rounds for illuminating the battlefield. 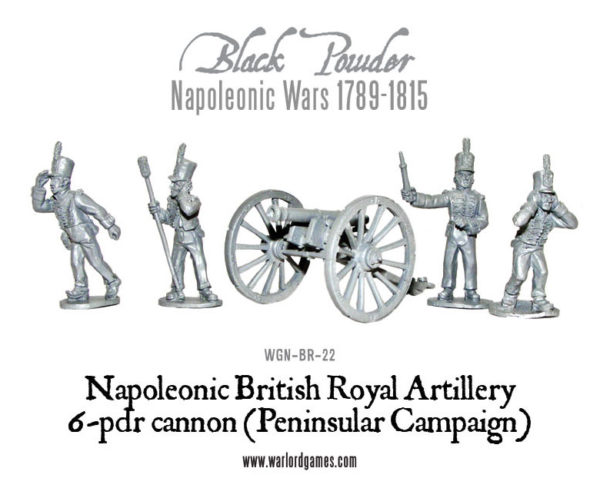 The six pounder was one of the lightest guns the British could bring to bear, firing a 6 pound cast iron shot. Light and easy to manoeuvre by horse, these guns could be relocated in a decent amount of time. Introduced in 1793 to give valuable heavy support to the cavalry, the 6 pounder was an improvement on the much smaller 3 pounder which was still in use at the time. With this cannon, heavier support could be brought in and still keep up with the cavalry units when on the march. The 6 pounder could achieve roughly 55 hits at 200 yards but this lessened when the targets were further away, only achieving six hits with roundshot at 600 yards. 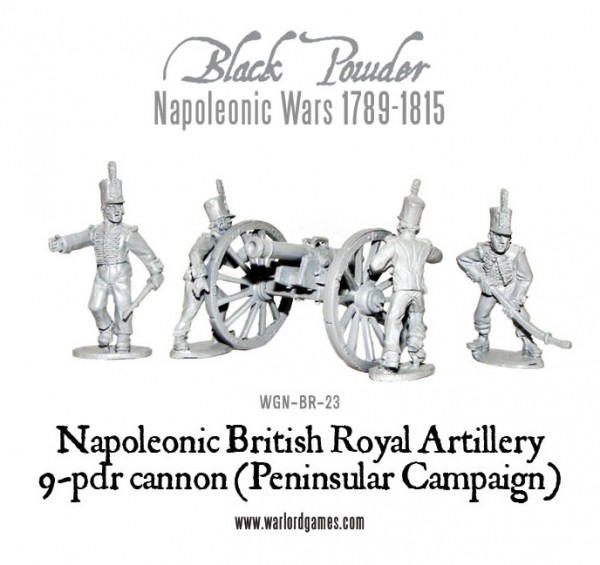 The 6 pounder’s larger cousin, the 9 pounder, would be more commonly seen on a ship of the line than the battlefield. The cannon fired a heavy calibre shot at a greater range, whilst still being able to be manoeuvred relatively easily. Whilst heavier than its smaller cousin, it brought greater range and heavier firepower, making it useful not just against both infantry and cavalry but also of use in siege warfare. The 9 pounder had a range of around 800 yards if loaded with roundshot and about 500 yards if loaded with canister. However it was most effective at 350 yards, which was found to be the best range for causing maximum damage. 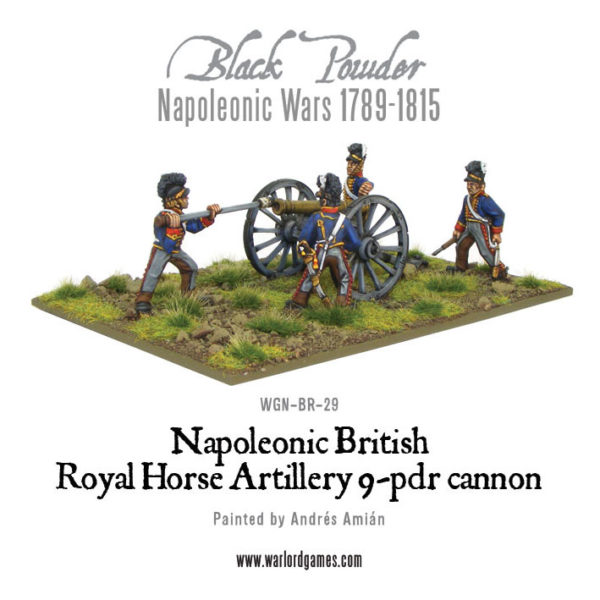 Each cannon could be loaded with roundshot, a solid cast iron ball in various sizes, which was designed to create an entrance point for infantry to clamber through when up against buildings or fortifications. Alternatively it was effective against infantry formation if fired at them with the shot passing through at an angle. When loaded with canister (which featured a timed charge) the projectile once fired would explode, peppering an area with hundreds of musket balls. The shot could decimate infantry formations, scattering its payload over a wide area, causing havoc and horrific injuries to those nearby. 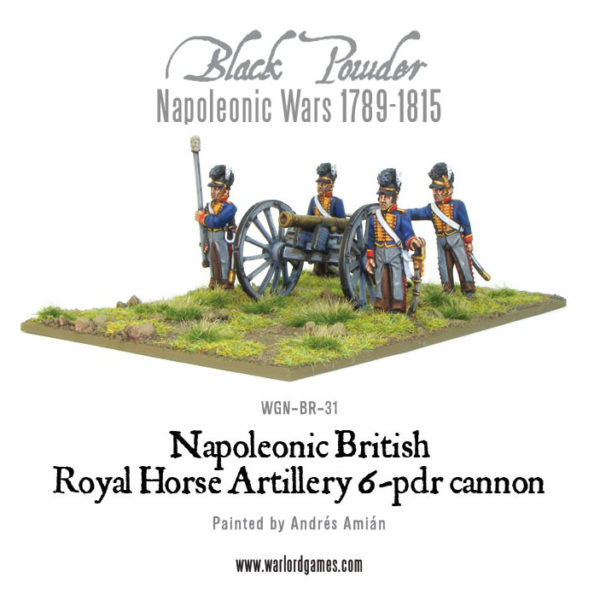 Grapeshot was similar to the canister, but fired a much heavier calibre cast iron shot. Designed for ship-to-ship warfare, it was equally as devastating on the open battlefields. These anti-infantry rounds were devastating, especially as most infantry fought in tight formations, so suffering horrendous amounts of damage.

Grapeshot was used for breaking an infantry formation apart, as the French marched in huge columns towards the thin red line of the British infantry. The British artillery batteries were great at softening up and discouraging the enemy, allowing the other elements of the army to move in and engage.

In addition to Cannons, Bombards, and Howitzers, the Napoleonic era also saw a number of less-traditional and less reliable artillery pieces take to the battlefield… 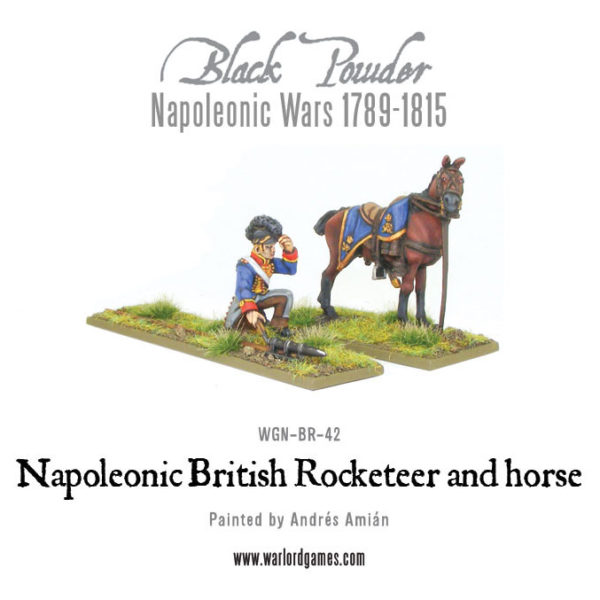 Rocket Troops were at Quatre Bras, Genappe and Waterloo (under the command of Captain Whinyates) and, although Wellington viewed the rockets’ uncertain behaviour with considerable distaste, he was aware that their 2,000 metre range and distinct demoralising effect on enemy troops was a powerful battlefield tool.

Prior to this rockets had been used with varying degrees of success at the Battle of Leipzig and during the attack on Fort McHenry in America. Their use as part of naval bombardments during this period also yeilded mixed results. 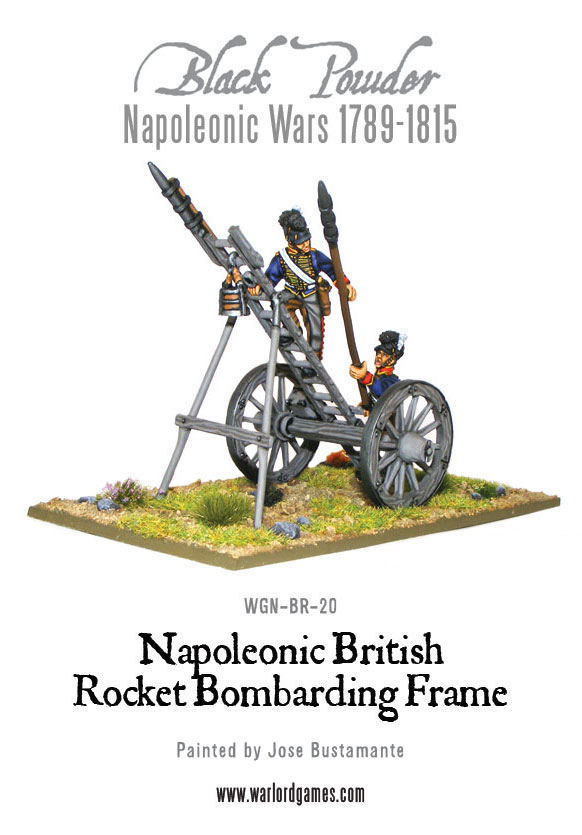