You’ve waited long enough – our Pike & Shotte Dragoons are now released! This new boxed set is packed to the gunnels with stuff. You can purchase our overstuffed Dragoons boxed set right now!

The role of the dragoon was still being defined in the wars of the 17th century. Dragoons later went on to become heavy shock cavalry who rarely got off their expensive horses. Our subjects fighting in the English Civil Wars and Thirty Years War are really mounted infantry, musketeers mounted on poorer quality horses. Their role was not glamorous, but was nonetheless vital to a 17th century general. 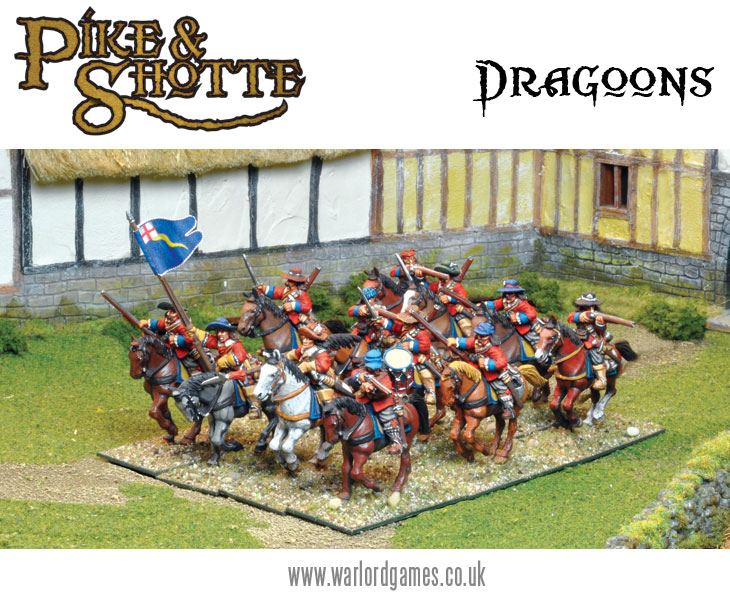 Before any pitched battle the Dragoons would have been worked hard, joining raids on enemy strongholds and supply lines. Capturing and holding bridges, fords or crossing points at major rivers were also important during preparations for the coming fight. Dragoons could also find themselves on outpost duty, using their firelock or matchlock muskets to keep the enemy at bay. They were also the perfect troop type to escort wagons, prisoners or guarding anything else thought valuable. 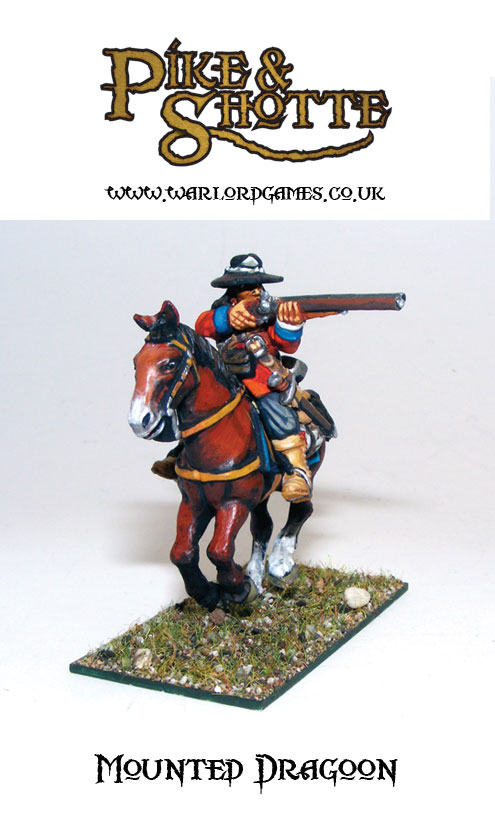 Come the glorious day of battle however, the Dragoon could come in to his own. Never as well paid or equipped as their comrades in arms in the cavalry, and most likely despised by the footsloggers, the Dragoon had a job to do nevertheless. Most commonly, it would be dangerous work, joining Forlorn Hope parties, guarding the flanks and rear of the army. They were sent forward to clear woods, ditches and hedges of enemy musketeers and opposing dragoons. Often the Dragoons would move forward smartly and then dismount to fight, forming regular musket blocks on the field and responding to drum calls as would any infantry of the time. 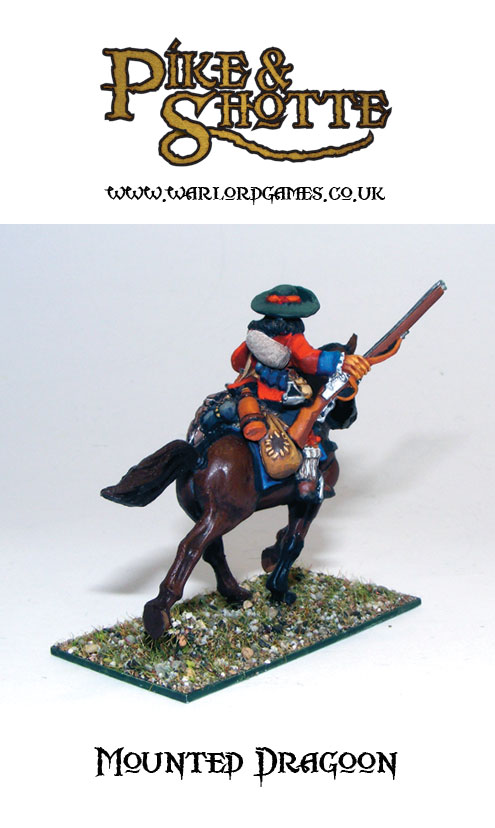 In the heat of battle their horses would be sent to the rear, along with one in four of the men. These troops would ensure the horses were sheltered from fire and prepared for swift mount up, whether to retreat or redeploy on the battlefield. 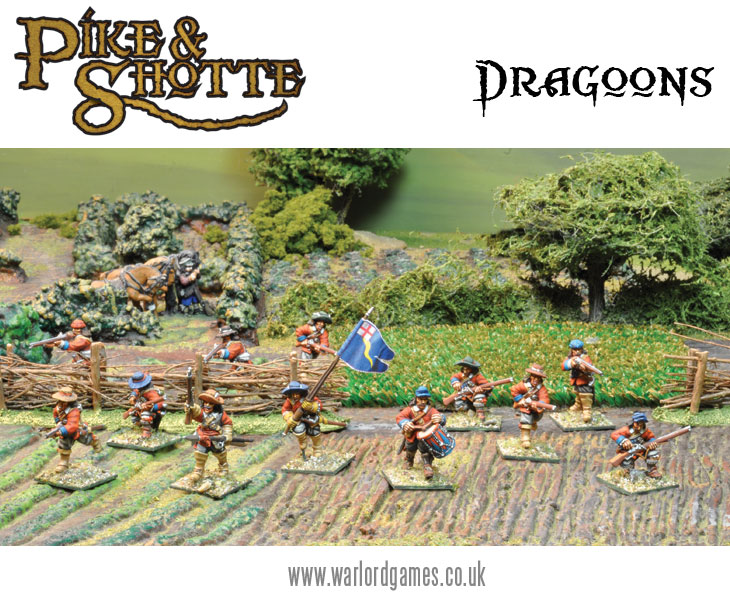 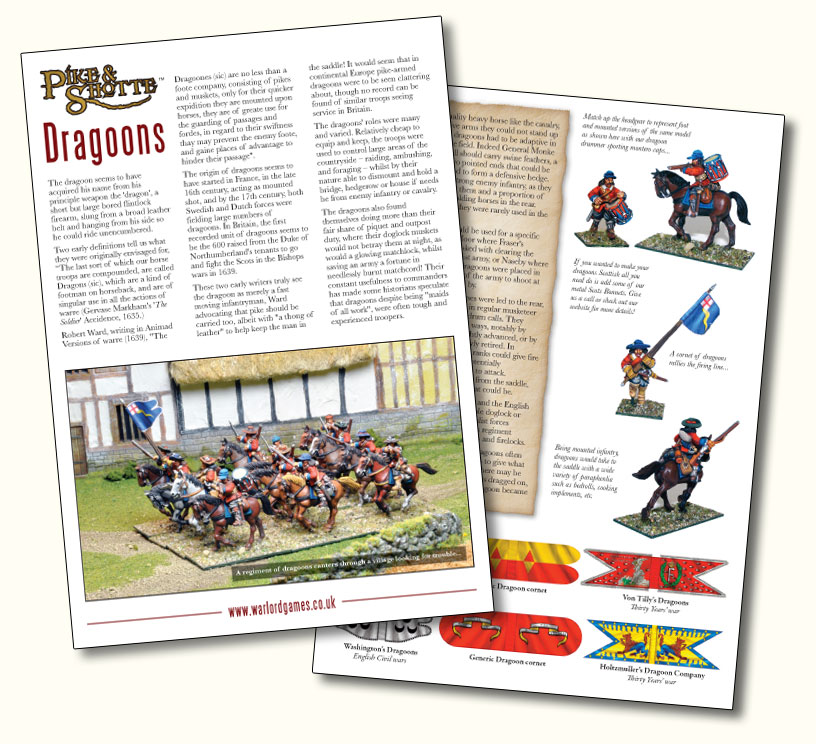 Warlord’s dragoons can be fielded for either Royalist or Parliament. You could add bonnets which would make them perfect for Scots Covenanter armies too. They can also represent all sorts of mounted shot for Thirty Years War armies. 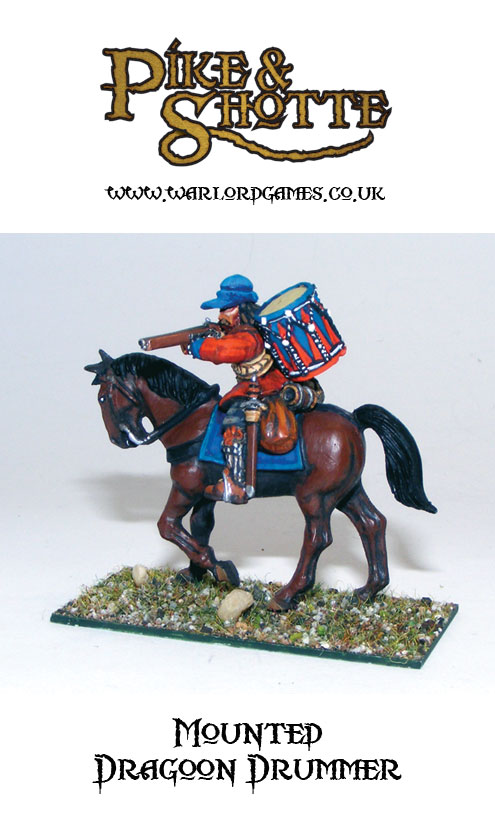 Our lads are modelled so that you can have the mounted and dismounted versions of the same Dragoon, wearing his unique hat and carrying the weapon of his choice! Each boxed set contains: 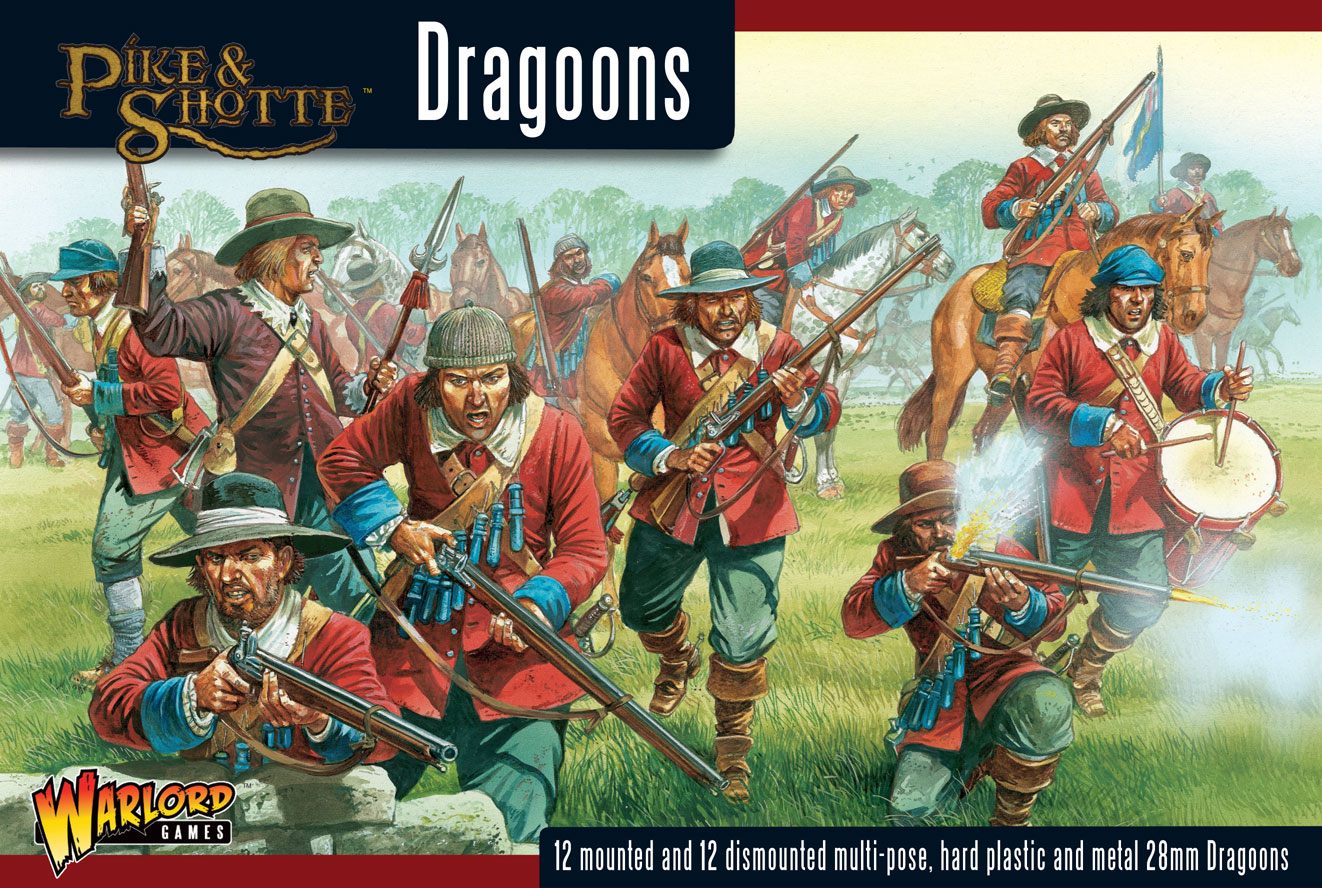 Whether you are Covenanter, a monarch-loving Royalist or even a Crop-headed rebel your army needs dragoons! You can order these excellent new models right now in the Warlord webstore.