The Warband moved quickly, flitting through the dark forest, and as they closed in like wolves on the fold, sensed the nervousness in their foes…”

Bursting out of the Teutoberg Forest and onto the shelves is our latest boxed set for our Hail Caesar range – Tribesmen of Germania! Clad in furs and wielding wicked clubs, cruel spears, and looted Roman gear, the Tribesmen gave the Legions of Rome a bloody nose on more than one occasion. 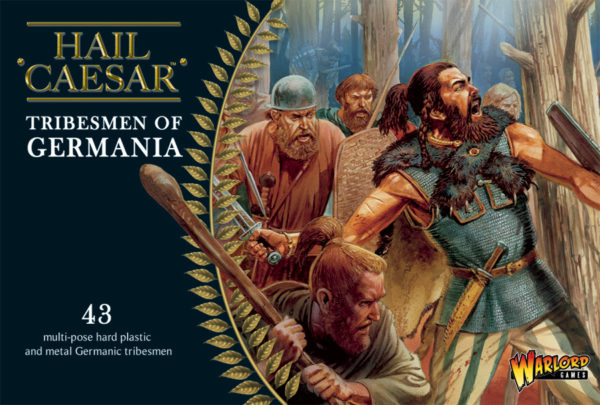 Rome’s Legions had every right to be nervous. In 9AD, three Legions were put to flight then cut to pieces in the Teutoburg Forest when the great German leader, Arminius, treacherously led a huge German army to a glorious victory that sent shockwaves around the world. 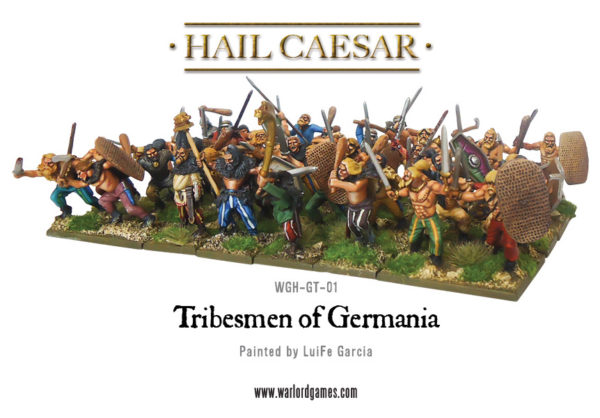 Tough, brutal and ferocious, the German tribes made sure that the Legions of Rome did not cross the Rhine for long. Armed with wicked long spears, and powerful wooden clubs to smash down the shields of even the strongest foes, the Germanic Tribesmen were truly opponents to be reckoned with.

When they formed up in their characteristic wedge-shaped battle formation, screaming oaths and warcries that echoed in the dark forests of Germania, and worked up to a frenzy by their grizzled bear-like chiefs, it would be a brave Centurion indeed who entered the land of the Germanic tribes… 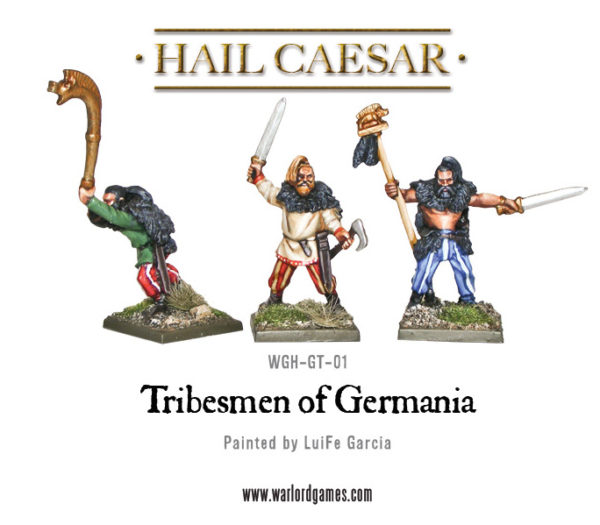 These Germanic Tribesman are led by a fierce war leader, accompanied by a carynx blower and proud standard bearer. We have included all manner of shields and weaponry to represent these doughty fighters and have taken care to add in extra heads, showing their ferocity and traditional hair styles. 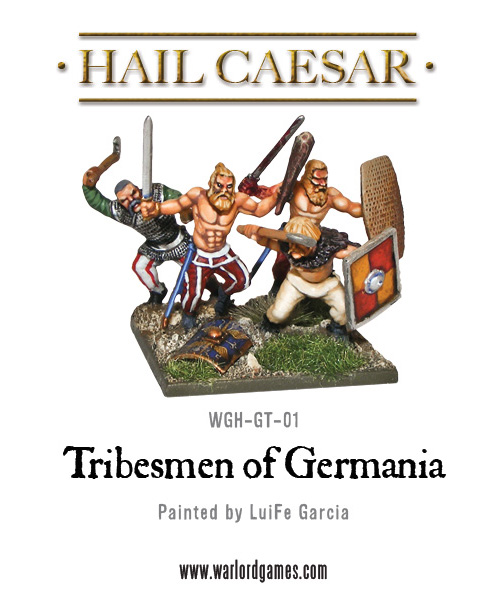 These excellent new Germanic troops are available now and you can get them in the Warlord webstore.