Geek Nation Tours is proud to announce the 3rd in our series of “Signature Battlefield Tours”. Waterloo 2015 – the 200th anniversary of the battle – is sure to be an informative and breathtaking tour. Join us as we explore this battlefield. We will climb the 226 steps of the Lion Monument to see the spectacular view, explore the fantastic “Visitor’s Centre” and see the Waterloo Panorama painted by Louis Dumoulin. We will visit strong points like the Hougoumont and la Haye Sainte farms, museums dedicated to both Wellington and Napoleon, while also walking as much as the battlefield as possible. We will even have VIP viewing and dinner right on the battlefield as we watch the re-enactments! 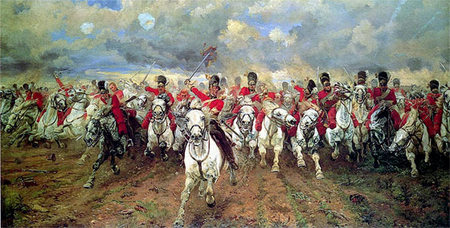 The goal of Geek Nation Tours “Signature Battlefield Tours” is to get you on the battlefield and we will return often to the field itself to explore this powerful place.

Our wish is for you to see the hallowed ground where one of history’s most important battles took place, capturing more vividly in your mind the point in time when nearly 150,000 soldiers joined in battle.
As is customary on our Battlefield Tours we will have knowledgeable guides that take us from place to place to recreate one of the greatest military clashes Europe has ever seen. We will be shuttled in comfort by professional motor coach drivers and personally greeted by our Geek Nation Tours representative upon arrival.

This tour will be dedicated to the memory of Donald Featherstone (20 March 1918 – 3 September 2013), one of the fathers of modern wargaming, and as such there will be much of interest to those in the hobby. One of our guests of honor, Dave Taylor, of Dave Taylor Miniatures and a budding Napoleonic enthusiast will be along for the ride. Dave is best known for his significant contribution to the painting side of wargaming and has won numerous Golden Demons, Crystal Brushes, and other painting awards. Want some tips on painting? Dave will also be giving us a tutorial on how to paint miniatures and you will return home with some fantastic tips on how to make your tabletop games all the more awesome.

Geek Nation Tours also is pleased to announce that Barry Hilton of the League of Augsburg, Beneath the Lily Banners, and Republic to Empire will be joining us on our tour as battlefield guide. Barry has visited Waterloo a multitude of times and did extensive research on both the time period and the battle itself. We are very excited about having him aboard as our guest guide.
Talking about miniatures, we will have loads of free ones for you on the trip. We hope to supply you with some fantastic models… more on that soon too! We also are working on a second guest of honor so return to the site often for more info. 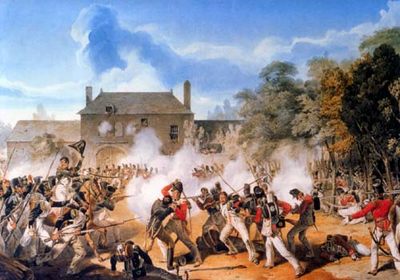 Join us then, as we re-live the battle of Waterloo and have loads of fun while doing it. Together, we will march the fields where Wellington commanded the Anglo-Belgian-Dutch forces and was reinforced by the Prussians led by Blucher and where Napoleon himself Book Nowattempted to re-build his French Empire.

“The stage was set and the players in position; the weather began to improve and fires flared-up; the first notes of the overture hung on the air as irregular fusillades proclaimed the cleaning and drying of muskets” – Donald Featherstone

For more information visit the full tour description here or secure a spot with no money down here.
Or contact Geek Nation Tours directly at headgeek@geeknationtours.com