Gallery: The Eve Before Battle

The Warlord forums are a great place to find superbly crafted dioramas, painting and modelling tips and just chat about this great hobby of ours. One such diorama was posted by regular forum-dweller Mike ‘Mikeland’ Jackson recently and we just had to show it off! Over to you, Mike… 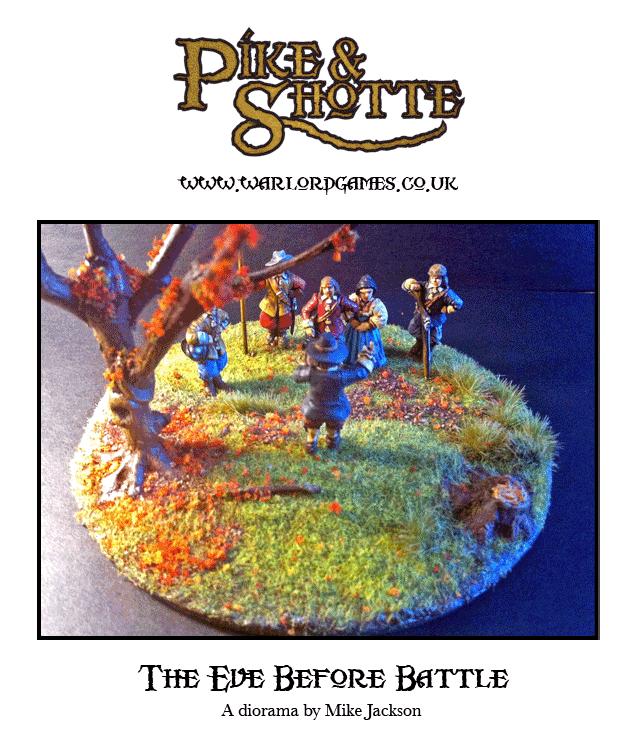 Mike: I had been planning on doing a couple of dioramas as a break from the usual army building, and I wanted one of them to be set in the English Civil Wars as this is still my period of interest. I was inspired by Warlord’s fantastic puritan preacher figure and thought it would be great to feature him with a small battlefield congregation.

I had planned to use a standard pikeman, and musketeer from the plastic sprue with some of the clubmen for the congregation, but on receiving the clubmen I decided that I wanted the listeners to be clearly in the army and to just use the clubmen as they are intended (a milita type unit). 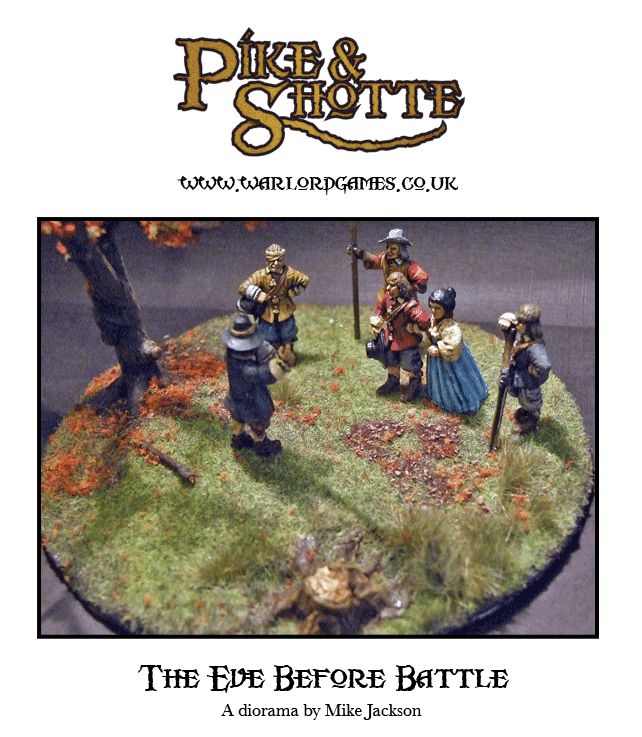 Looking at the pikemen and musketeer figures in the plastic sprue I and my bits box I devised a few conversions, my favourite being the chap holding his hat in hand. I adjusted his leg slightly with green stuff and wire to get a more natural pose for standing listening.

I made the round base out of an old CD rom, covered in cut up foam board and PVA glue, and modelled the tree stump out of milliput. The tree was made from real tree branch, wire, millipit and flock.

I had a rough sketch of what I wanted, with the tree over head and I imagined it as an Autumn evening – the last push before the end of the campaigning season.

When the figures were converted I tried them in a variety of positions until I was happy with the result. 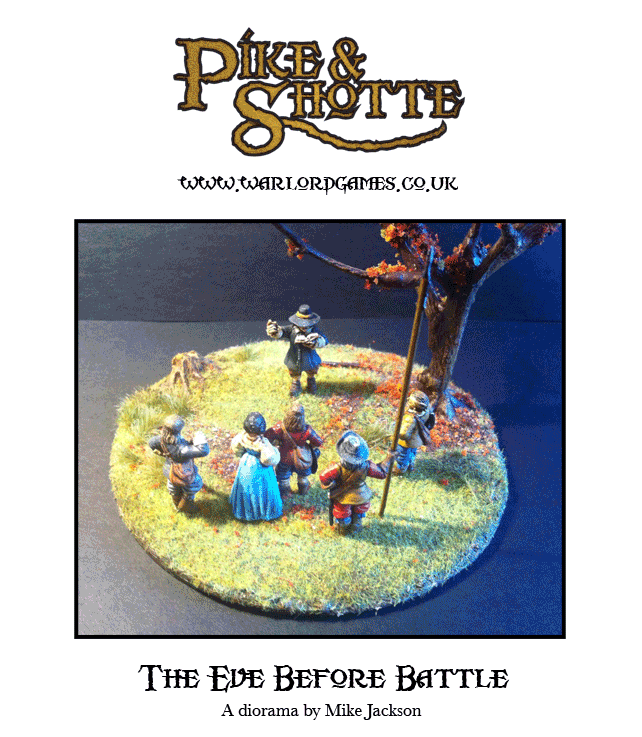 I had plenty of help and advice from good folk on the Warlord Games forums, especially about tree making, and some kind donations of pikemen that allowed me to experiment without fear of spoiling through a whole box worth!

This kind of thing is why I so love the plastic kits – they make conversions very easy and it is possible to ‘Frankenstein’ bits from more than one set.
I used a Perry War of the Roses arm and a Victrix Frenchman’s hand, for example. The lady is a very old (about 20 years) Wargames Foundry figure I rescued from my (all too large) unused pile. A head from the Warlord Imperial Roman Veterans was also put to good use – again plastics allow for a fabulous amount of crossover between sets

I think it make a nice stand alone piece or could be used to decorate a battlefield as part of a camp site or even on the village green in a town. 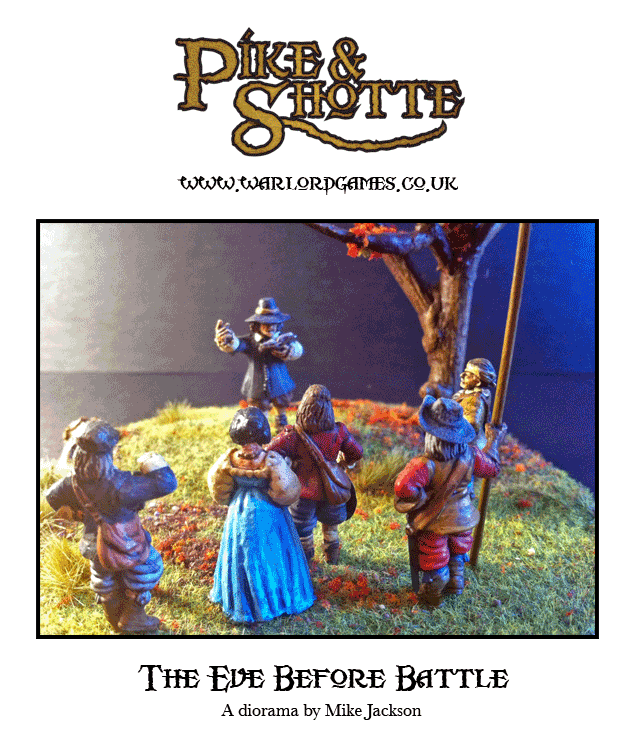 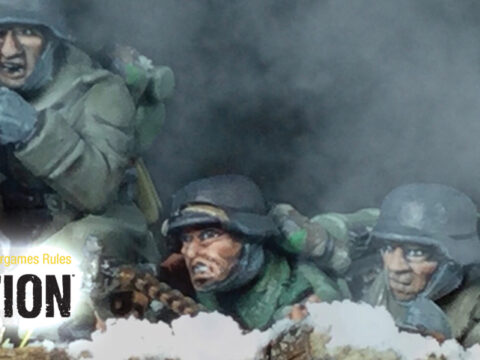 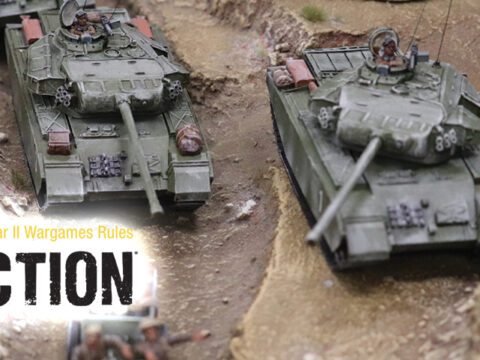