Napoleon’s artillery had the power to break armies, softening up enemy battalions for the hammer blow of the pas d’ charge!

“There had been kings who had made artillery their hobby; Napoleon was an artilleryman who made a hobby of breaking and making kings.” – Colonel John Elting.

Following the French humiliation during the Seven Years War, a Lieutenant General by the name of De Gribeauval began revolutionizing the artillery. His system of standardized gun weights, cartridges and interchangeable parts for carriages, limbers, and guns laid the groundwork for an incredibly efficient system that would carry Napoleon’s armies to victory! 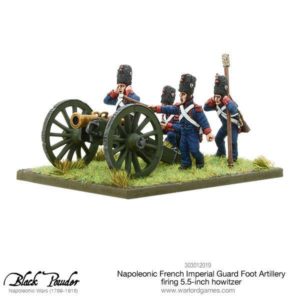 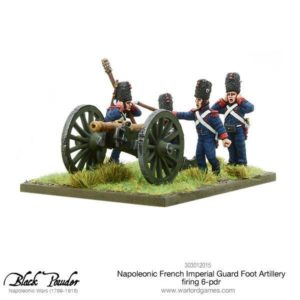 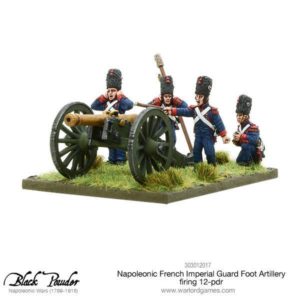 Well supplied with ammunition, and efficiently run by a small corps of talented officers, Napoleon’s foot artillery provided long-range supporting fire to his infantry columns, blasting a hole in the enemy battle line for the infantry to exploit.

A battery of foot guns consisted of 6 cannons (6pdr or 12pdr), and 2 six-inch howitzers. These guns would be attended by 120 men. The gunners carried carbines, bayonets and short sabres, along with all the necessary paraphernalia to lay and fire their artillery piece. 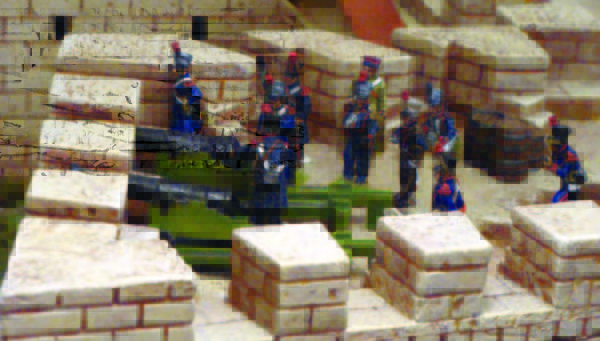 On the tabletop, you’ll want to use your foot artillery as Napoleon intended – perched on a hill or other prominent feature, raining down long-range fire on your opponent, disordering his advancing units and softening them up for the inevitable counter-charge. 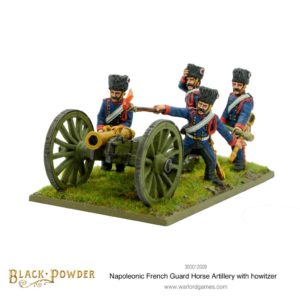 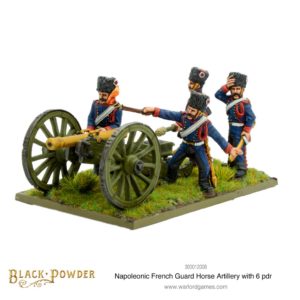 Napoleon used his horse artillery like a battering ram – advancing alongside the infantry or cavalry attack to bombard the enemy at close range, again with the aim of creating a breakthrough to be exploited by the attending battalions. 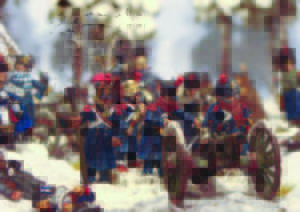 When operating alongside cavalry, the artillerymen would race into position while the cavalry charged. To protect themselves from charging cavalry, the enemy infantry would form a square, making them vulnerable to cannon fire – the artillery would then bombard the square, hopefully creating an opening in one face for the cavalry to exploit, thus routing the enemy infantry.

A battery of horse guns consisted of six guns, attended by approximately 80 men. Each man would be mounted, armed with a light cavalry sabre and a pair of pistols.

On the tabletop, we’ve represented the independence and mobility of the horse artillery with the Marauders special rule, which ignores distance penalties for order tests, allowing them to range back and forth across the battlefield in support of your cavalry.

Tom spends most of his time buying books and painting miniatures. He enjoys putting animals on the bases of his miniatures and half-finishing side projects. Some say that he lives in a tower on top of some windswept northern hill with his wife and cow-patterned cat, Spaghetti.
View Profile | View all posts by Tom Mecredy
Victory at Sea: Scouting and Naval Intelligence
Tournament Tales: “Our Finest Hour”