Event Report: Art of the Miniature

Art of The Miniature was a public art exhibition showcasing a variety of hand-painted miniatures that took place over three weekends during the month of August 2018 in Dunbar Townhouse, East Lothian, Scotland.

The idea of the exhibition came about after seeing a poster advertising a council-owned community arts space that was free to use by local artists and photographers. As painting miniatures is a form of art I thought why not create a public display of painted miniatures?

After my written proposal was accepted by the council in March I was allocated a two-week time slot for the exhibition space in August. At the request of the local council I was asked if I could host a couple of events that could involve the local community. I thought it would be great to get people sat down and painting miniatures. With thanks to Dan Adam from Paint all the Minis podcast and Richard Cunningham from Warlord Games I was able to host a 1650 Battle of Dunbar themed painting workshop aimed at kids aged 8-16 on Saturday 11 August and a painting demonstration for all on Sunday 12 August. 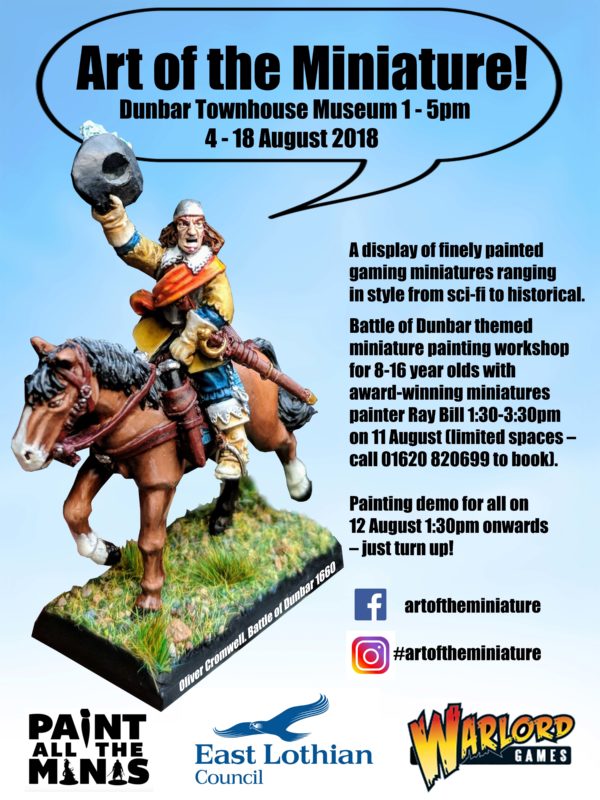 Art of the Miniature! poster featuring Oliver Cromwell who defeated the Scottish army at the Battle of Dunbar in 1650. I really like the pose of the miniature, I felt he was a fitting poster boy. 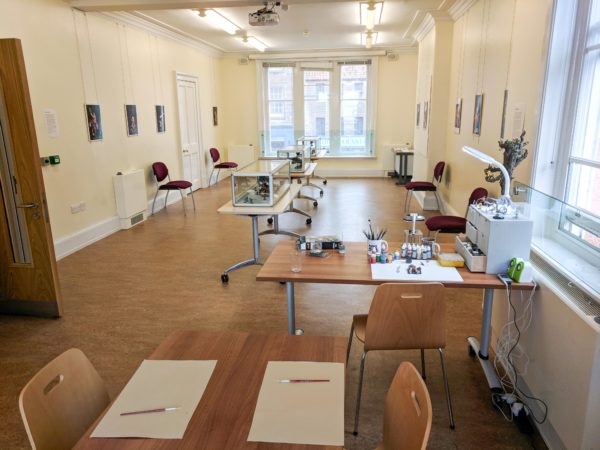 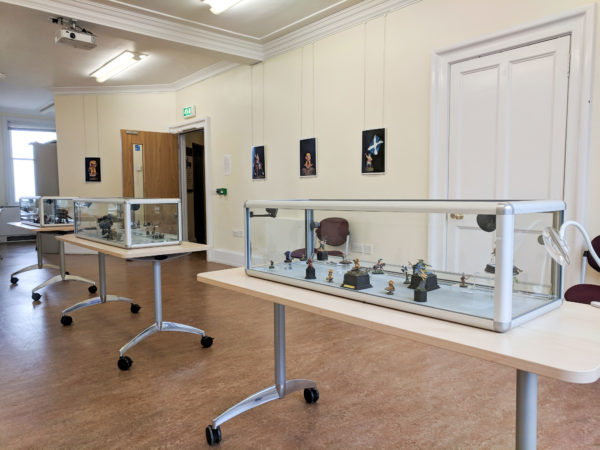 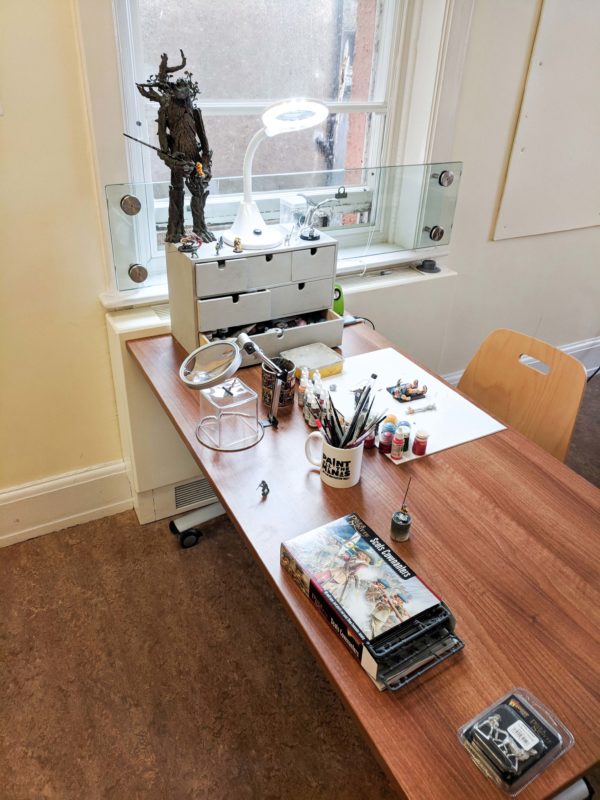 I moved my painting space in too!

With a bit of preparation, I was able to set up each of the eager participants of the Saturday painting workshop with a pre-made and primed Warlord Games Scots Covenanter, paint, wet pallet, brush and water cup. Over a period of two hours, each participant painted their miniature with great diligence and concentration giving way to some fantastic results from young people who had never painted before! The feedback was very positive with one of the older participants describing the act of painting as “therapeutic”. I hope that at least a few of the participants go on to pursue the hobby further; I’ve been quite surprised at how engaged and focused kids (including my own 4 and 8-year-olds) can become when painting a miniature. 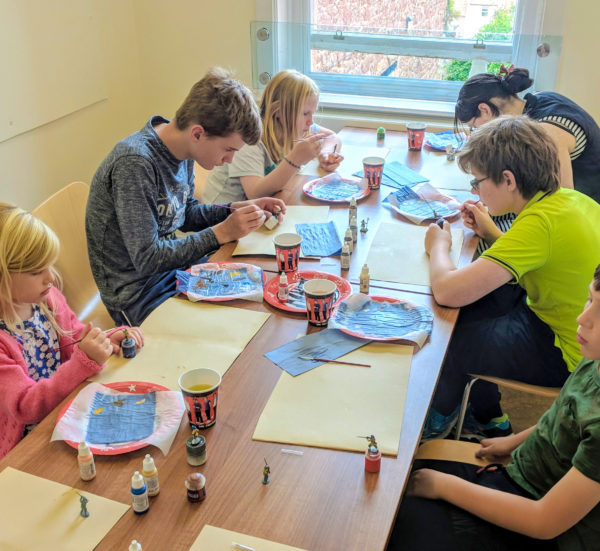 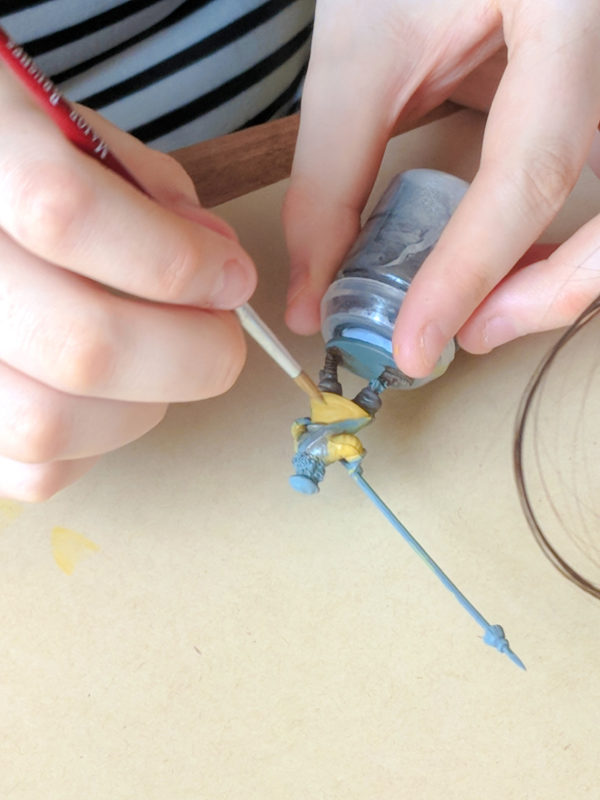 Some first-time painters in deep concentration. 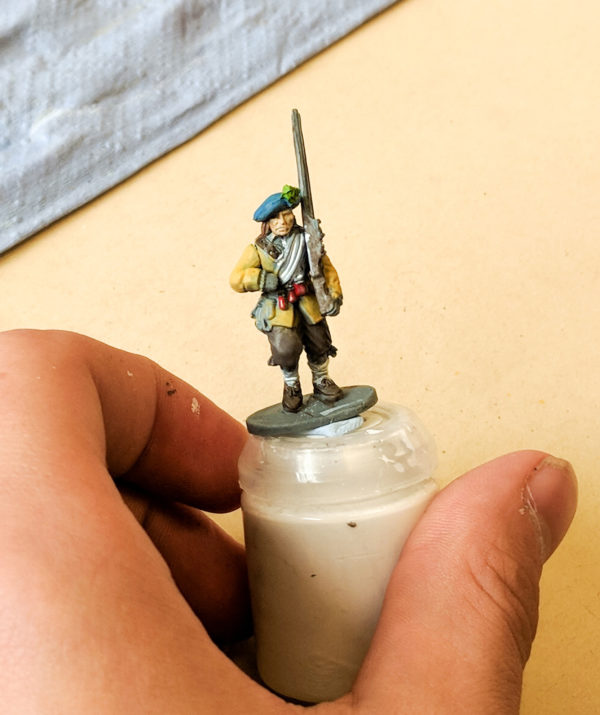 During Sunday’s open painting demonstration, all were welcome to come along, sit down, paint and share techniques. This led to demonstrations on highlighting, layering, glazing, skin tones and some detail work. I even managed to get one unsuspecting visitor and his young daughter painting a Covenanter miniature and after being quite taken with fellow exhibitor Martin McHale’s Romans, he has since purchased a Hail Caesar starter set and now has a good few Romans of his own underway. 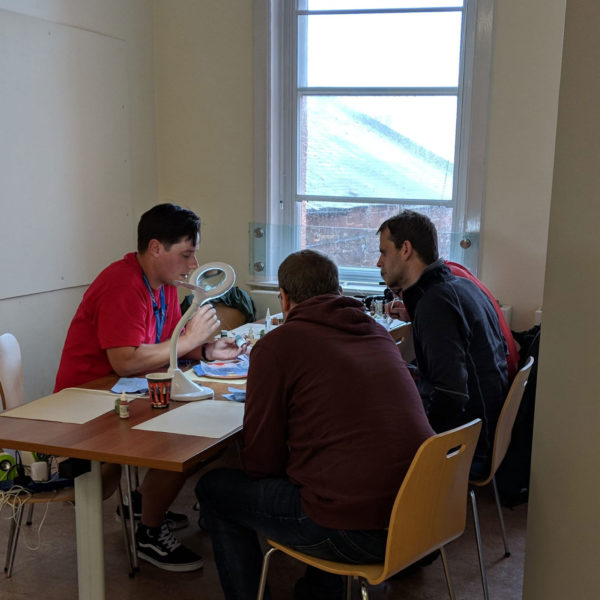 Sunday demonstration – sharing techniques and chatting about the hobby with others. 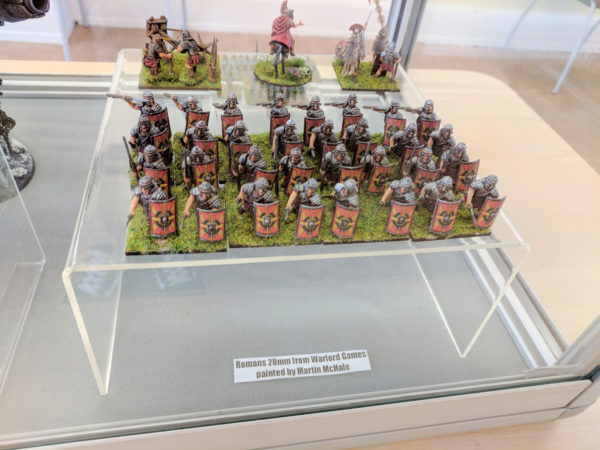 Between four exhibitors we had around 100 miniatures on display between three cabinets. There was a range of visitors coming through the doors, from hobbyists to people who popped in out of sheer curiosity. It was nice to hear encouraging and positive comments from the public as well as awe and wonder from visitors young and old. On one occasion we had a visitor, aged in his 60s, who used to paint 54mm scale miniatures over 30 years ago. He had stumbled across the event with his wife and grandson whilst on a visit to the town. I was able to share with him a 37-year-old Military Modelling encyclopaedia and we had a great chat about various modelling and painting techniques. At the end our conversation he said that finding the exhibition had made his day and this comment certainly made mine! 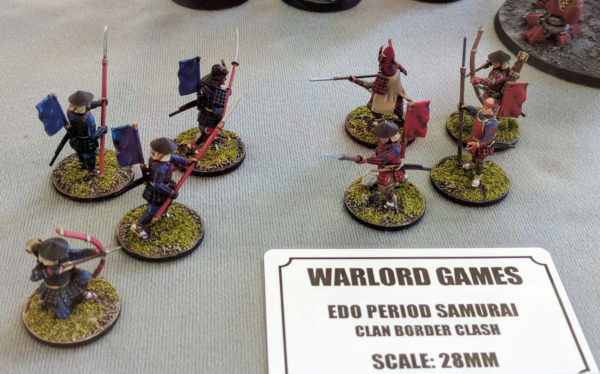 On the walls of the exhibition I was able to display some nice photographs of some of the miniatures I have painted, taken by my brother Chris. 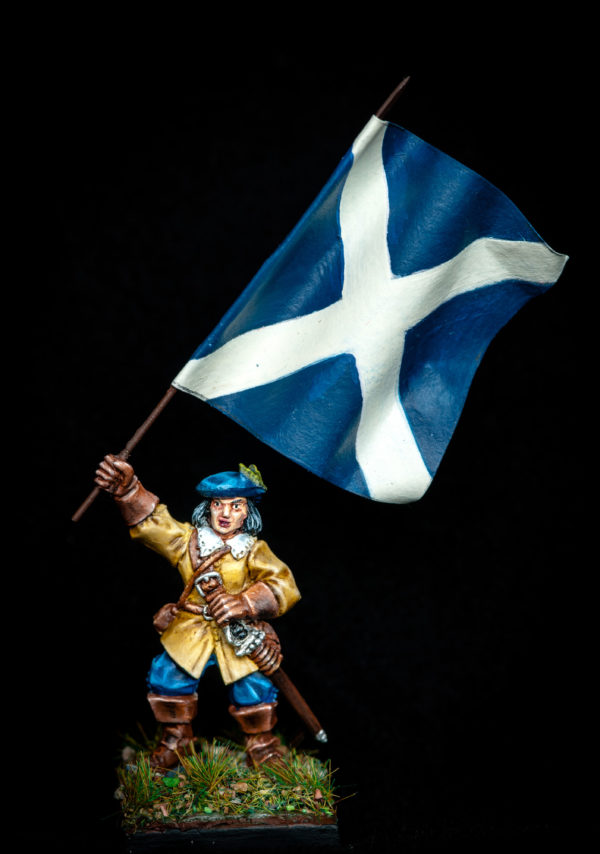 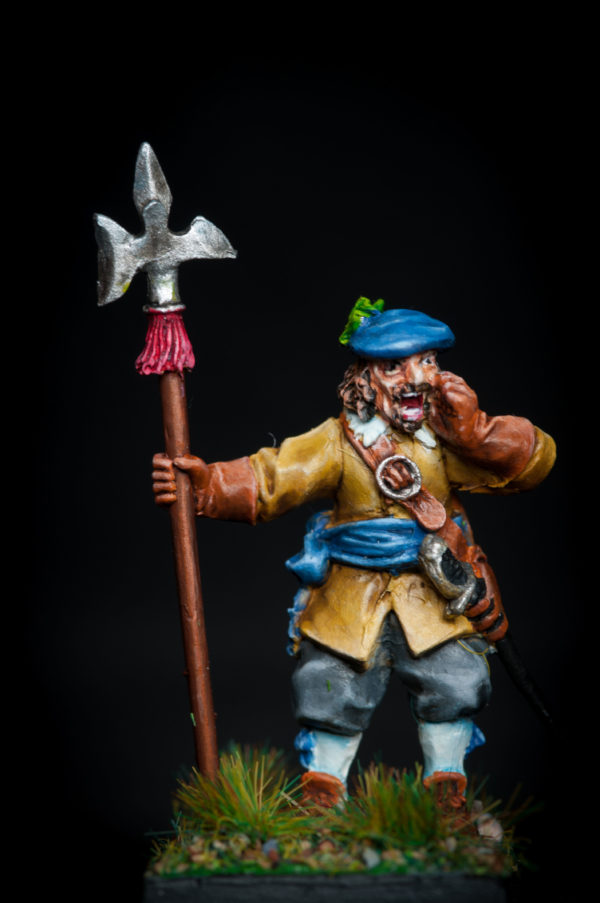 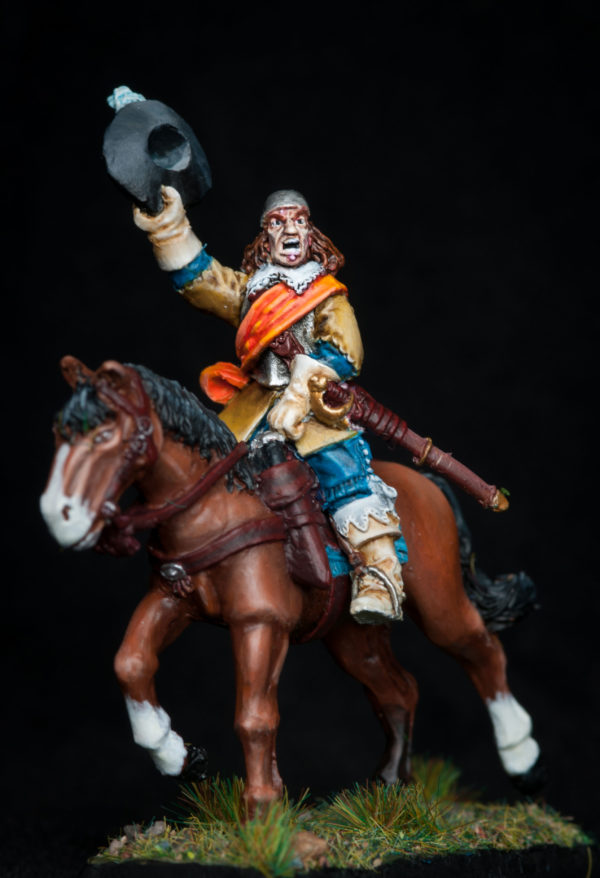 Oliver Cromwell, Warts and all! Photo by Chris Bill. 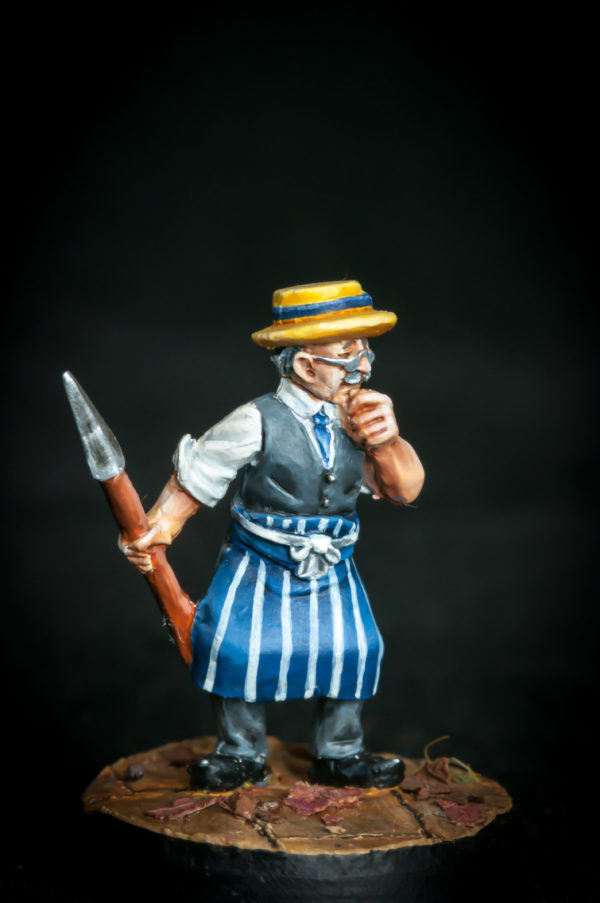 “They don’t like it up ‘em” Jones the Butcher, photo by Chris Bill. 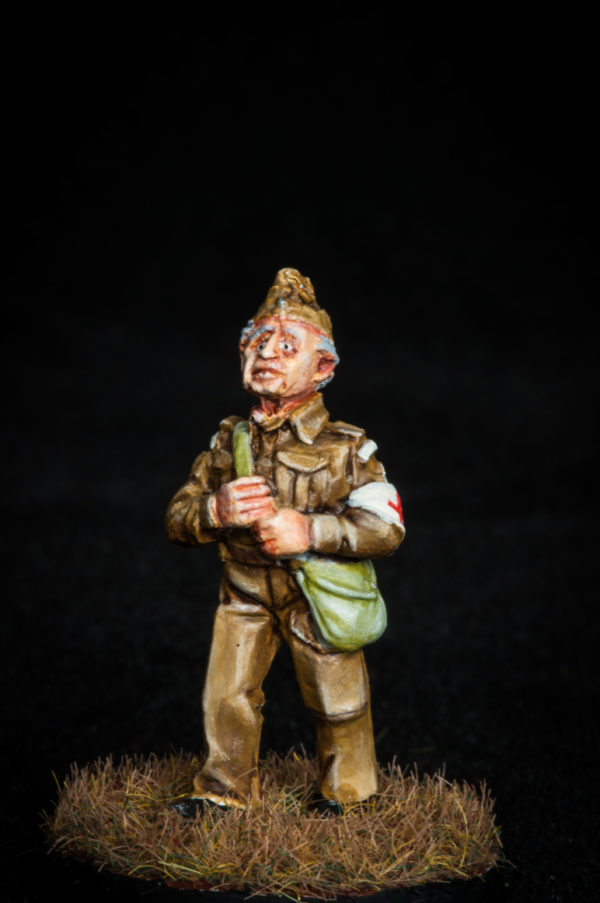 I would like to thank Richard Cunningham from Warlord Games and Dan Adam from Paint all the Minis. Without their help I would not have been able to run the community painting events. I would also like to thank Martin McHale, James Lewis and Peter Stewart for loaning their charmingly painted miniatures to the exhibition. I would also like to thank my wife, Rowena, for her help in mounting the exhibition, and my brother, Chris, for taking fantastic miniatures photographs for hanging on the wall during the exhibition. Lastly, I would like to thank all of those who came along to Art of the Miniature and made running it a thoroughly enjoyable and worthwhile experience.