Doctor Who Into The Time Vortex, an interview with Paul Sawyer (Part 3)

Time again for a catch up with our Head of Product Design, Paul Sawyer, trying his best to answer your questions and reveal juicy insider information about our Doctor Who range. Over to you, Paul…

Q.When you research characters to release, approx how long before the initial design commission to the product reaching our shelves? What was the first figure(s) you commissioned for the range?

How long is a piece of string really? It depends on a lot of variables – the speed of the designer, the accuracy of the designer, whether we have to go back and have several rounds of alterations before they go to the BBC for approval. Some stuff comes through, and you think, wow! I’ll just submit it to the BBC now, but the majority of sculpts go through two or three rounds before I’m happy with it. It doesn’t go to the BBC unless I think it’s good enough. At that point we are in the hands of the BBC for approval which similarly has a variable timescale involved.

The first set a designer worked on was the Tenth Doctor and Companions set. Peter Capaldi was still very new at that stage, and the Tenth Doctor is very popular, so that was our choice to start the range off. 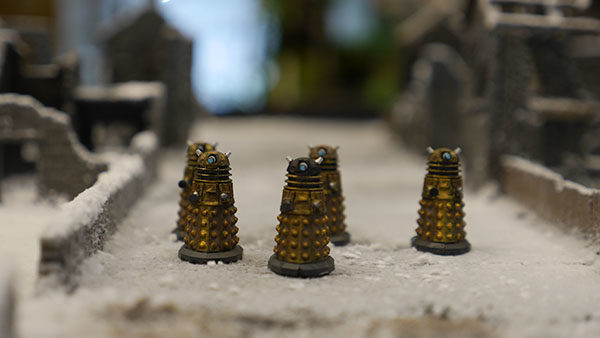 Q. How many different sculptors are working on the range at the moment? How do you decide who sculpts what?

Around twenty. I look at their existing work before deciding what is the most appropriate subject matter for them to be working on. If they are very good at doing faces, I won’t give them a Cyberman, I’ll give them a human character, and if they aren’t that hot on faces, I’ll give them a monster!

Q. Have you been happy with the way the first batch of figures have been received?

I’ve been very happy with feedback. Obviously, this feedback is subjective. What I like most, you probably won’t like so much and vice versa, but very much on the whole it has been positive. We’ve had good comments about character poses, some other comments saying the poses should be more dynamic. Same with sculpting and scale – different things appeal to different people, but overall they have gone down very well. 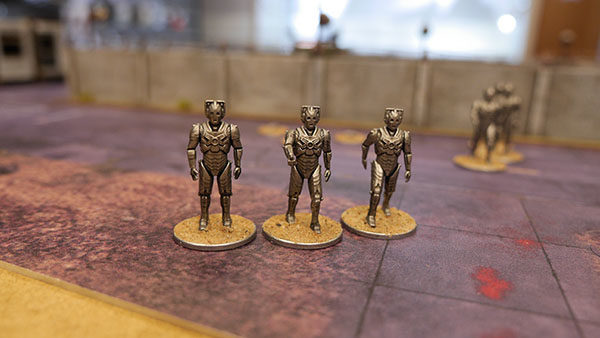 Q. Which, if any, of the already released figures would you have sculpted differently in hindsight?

As with anything we do there is always hindsight which shows how we might have done things a little better in future. If I was pushed I would probably say the Tenth Doctor from the Tenth Doctor and Companions pack. When you look at the 3D digital sculpt against a photograph it looks accurate – but when you see it at its normal scale, it doesn’t look quite as like David Tennant as you imagine him in the role. It’s still a popular figure, so it’s really not on our to do list at all – loads of new characters and creatures to get done before we go down that route!

Q. The Voyage of the Damned set, featuring a second Tenth Doctor sculpt, will be released this year. Any reason for releasing a second version so soon before other doctors are not yet on the shelf?

Purely and simply, we wanted to have a stab at a Christmas special and who didn’t fall in love with Astrid? I’m a massive Whovian, so the chance to do this set was a no-brainer. In this set you’ll get The Doctor, Astrid Peth, Bannakaffalatta and a couple of Heavenly Hosts. The 10th Doctor figure is an entirely new sculpt, in his dinner jacket. 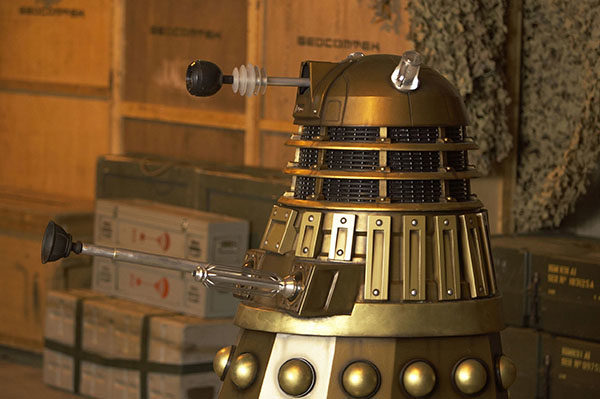 Q. The Tetrap figures are beautiful sculpts, not hugely popular villains in fandom, but look great on the shelf. How did their commission come about?

The Tetraps were a test piece for a new sculptor. I like that they’ve not been covered to death in merchandising previously, as it keeps them fresh and gives us something different. We also wanted to go for something that wasn’t too iconic in case it didn’t work out, but it turns out that Marco, the bloke who sculpted them, did a cracking job. He’s since done several sets since that we are waiting to come through. He’s working on the Ninth Doctor and Companions set at the moment. We’ve had The Doctor, Mickey and Rose approved. He’s now working on Captain Jack and Jackie Tyler.

Q. Any plans for more releases in a similar vein to your Cyberman ‘Nightmares in Silver’ collectors set? A thirteen Doctors set or likewise similar?

We commissioned a The Master set, the figures have all been approved now so it’s all down to getting the models mastered (no pun intended!), painted and the boxed set produced. At the moment we are concentrating on more game friendly sets than collectors products, but a Thirteen Doctors set is on our radar. 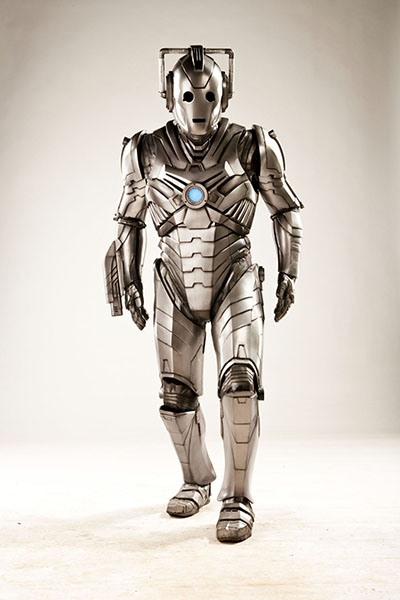 Q. After the first boxed game, Exterminate! is released this year, are there plans for further games or expansions?

Well, the game features Cybermen and Daleks heavily, so rather than do another game we would be looking into doing expansion packs for this game to introduce other martial faction packs, such as the Silurians, Sontarans, UNIT, etc. We do have another game written in a different style, but there is no release date at the moment – we need more models released for that before it becomes viable for publication.

Q. Any updates on the 2000AD range since it was announced you obtained the licence?

We’ve identified a great games designer, which we can’t reveal just yet. We are still really in the planning stage at the moment, but the first game will be based on Strontium Dog (for those not aware, this features mutant bounty hunter Johnny Alpha, together with his impressive array of imaginative weapons and gadgets). We have plans to cover lots more of the classic and the newer strips from 2000AD but let’s get the Stronts out first!

Q. Finally, where do you see the Doctor Who range in a year’s time?

A lot bigger! Hopefully with a very popular and widely played first game, and more plastics. Certainly lots more metal. We are ramping through them at the moment. The 3D printer is getting sick of hearing my voice as I nag them daily about delivery of new sculpts! As we speak I’m awaiting the next batch of designs through, which includes Victor Kennedy, the Abzorbaloff and Missy, amongst many others.

You heard it here first! Thank you, Paul. If you have your own question for Paul please visit our official Facebook page at www.facebook.com/groups/doctorwhotimevortex Until next time!