Black Seas: The US Navy

Discover the US Navy in all its glory and sail your tall ships into history as the Admiral of your own fleet in Black Seas!

In 1774, because of growing tensions with Great Britain, 13 British colonies in North America created the first Continental Congress, which would later adopt the Declaration of Independence. This would lead to the American Revolutionary war where control of the seas would be crucial. 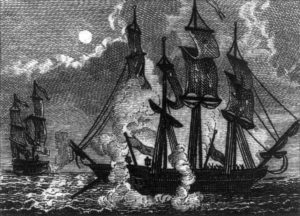 The USS Bonhomme Richard battles the HMS Serapis. Though victorious the American ship was set alight and was sunk shortly after.

The Continental Congress authorized the purchase of two vessels to be armed and used against British merchant ships and initiated the building of frigates. Congress also issued many letters of marque to encourage privateering. In 1779 John Paul Jones on board the USS Bonhomme Richard led a small fleet. They pursued a British merchant fleet protected by the 4th rate ship HMS Serapis and the 22-gun HM-hired armed ship Countess of Scarborough and won a heroic victory.

Despite a number of successful actions, the newly formed US fleet could not match the might of the Royal Navy. It took the appearance of the French fleets on the American side to disrupt British operations significantly.

After the War of Independence, the US was left with a small navy and could not afford to rebuild. However, in the mid to late part of the 1790s, tensions between the US and revolutionary France increased, leading to Congress authorising the building of six frigates: USS United States, President, Constellation, Chesapeake, Congress, and Constitution. 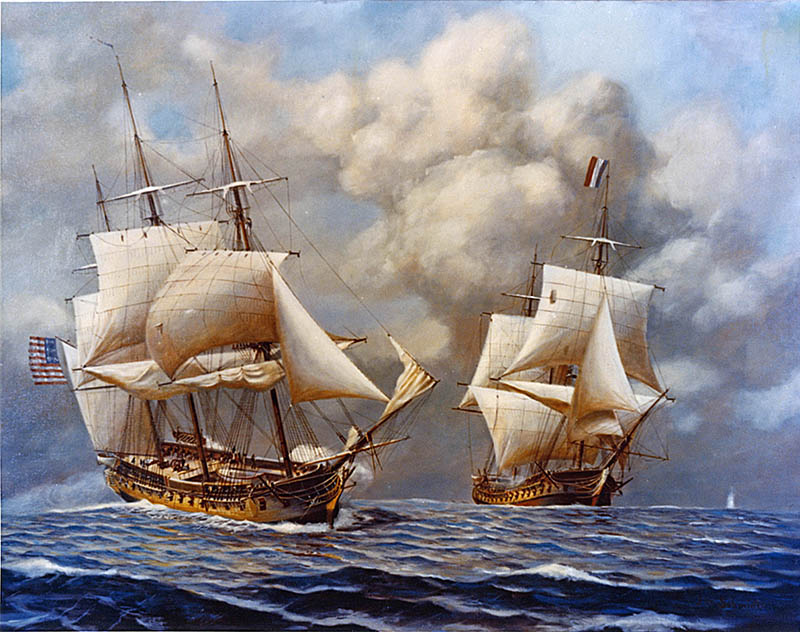 The USS Constellation faces off against L’Insurgente

The soured relations with France eventually developed into the Quasi-War, an undeclared war fought almost entirely at sea, mostly between privateers and merchant ships or between frigates, such as the capture of L’Insurgente by USS Constellation. 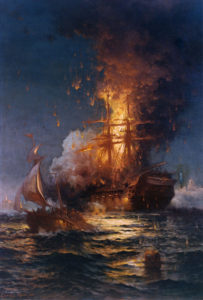 For many years, the US had been paying tribute to the North African Barbary Pirates, to avoid their commercial routes being plundered. When the tributes were stopped, Tripoli declared war on the United States beginning the First Barbary War in 1801. This led to a number of small sea battles and some daring land attacks by the newly formed American marines.

Up until 1812, the Royal Navy had the habit of pressing American sailors into their ranks. Great Britain also supported Indian tribes of the North-West territories, who would then raid American settlements. This led to the US declaring war on Britain in June 1812.
This conflict, known as the War of 1812, saw mostly frigate-on-frigate action or engagements with small fleets – the US navy succeeding in the main despite it being outnumbered fifty to one When playing the USA in Black Seas, you might want to limit games to smaller fleet actions, as the US Navy did not build larger ships until a later period which Black Seas doesn’t currently cover. Luckily, most scenarios in this book will allow you to do this.

The US Navy in Black Seas

When playing the USA in Black Seas, you might want to limit games to smaller fleet actions, as the US Navy did not build larger ships until a later period (which Black Seas does not currently cover). There is plenty of scope to do this with the scenarios in the book.

Though the USA lacks the ability to field any 1st, 2nd or 3rd rate ships, the frigates they had were especially Sturdy and can gain additional benefits from taking the Over Gunned upgrade. Additionally, American crews were periodically drilled in gunnery; all US ships benefit from a bonus when shooting.

Discover more articles about the US Navy in Black Seas Here:

Our United States Battle Line gives you the beginnings of a US Navy led by “Old Ironsides” herself, along with the USS President and the USS United States. Included are all the ship cards for the game, as well as flag sheets, acetate ratline sheets and rigging thread to make your ships really stand out. 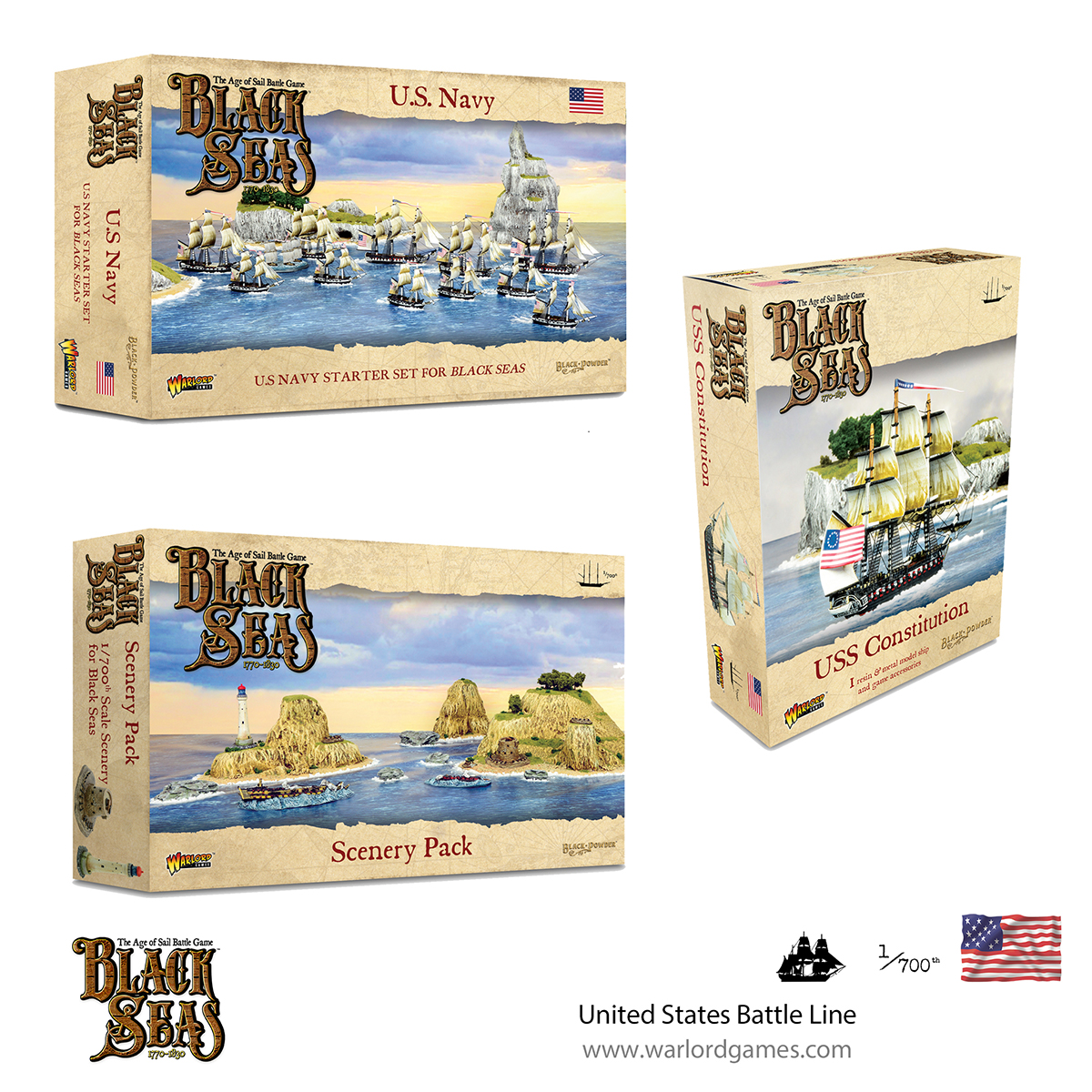