Black Seas is the Warlord Games Age Of Sail era fleet ship-of-the-line combat game set between 1770 and 1830. In this article, Warlorder Gabrio Tolentino takes us through an overview of his game design:

Warlord’s venture into naval wargaming with Black Seas started as an idea (or you could say a dream) in The Sir John Borlase Warren Pub in Nottingham during a conversation between my self and John Stallard, all the way back in 2012. 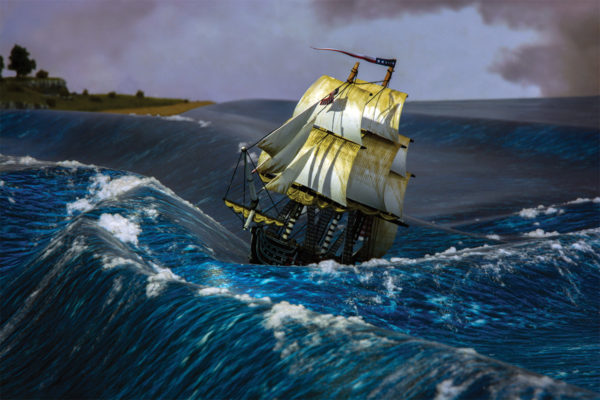 It was in this conversation that John and I discussed the beginnings of what would become Cruel Seas and I first bought up my long-lived fascination with the Age of Sail, the Napoleonic part of it in particular.
Fast forward to present day and I’m proud to bring you my vision of Black Powder era fighting ships

My game retains some general mechanics from Cruel Seas, but it is a significantly different game. This is because of the obvious differences in how ships were powered and because I have simplified the game slightly.
This is mainly because although I personally love Napoleonic naval wargaming, it has never been easy to find many opponents to play with. I believe this is because of two factors: the intricacies involved in playing a sailing game – these are often complex and impenetrable to players, more simulations than games and the difficulty of finding models.
In my opinion, a fun, fast-paced game and a more accessible range of miniatures would be more enticing to you Warlorders.

To that end, there are many aspects of the rules that have been simplified. For example, the effect of the wind on ships: I offer 2 alternatives to deal with this, a very simple yet un-realistic way in the basic rules, and a more faithful but more complicated way in the advanced rules. In the simple version, a ship can travel at the fastest maximum rate of knots when the wind is coming from directly behind the ship. This is not quite what happens in reality, as for the wind to catch the most amount of canvas and therefore propel it at the fastest speed, it has to come from behind and to either side of the ship. If it only comes from behind, it would fill the rearmost sails only, and not the sails on the masts further towards the front of the ship. 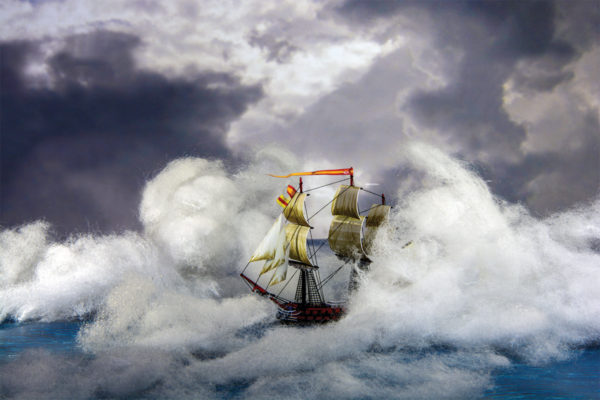 Firstly, the ships are represented in 1:700 scale. This is the perfect scale, in my opinion, providing the opportunity of having a great deal of details on the models and great playability on a standard size gaming table. 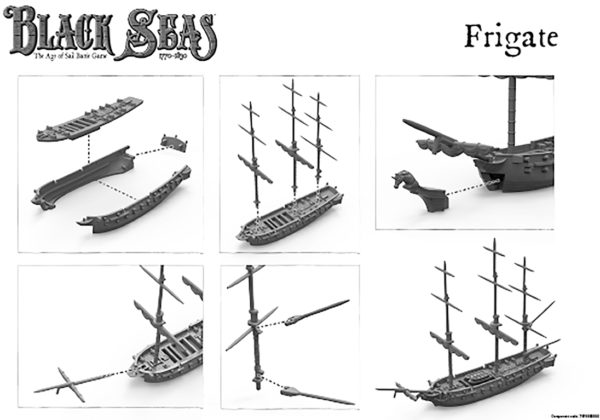 I designed the range of models to be extremely flexible – focusing on three core plastic kits.

The first allows you to build 2 Brigs, the second a 5th rate Frigate and the third a 74 gun 3rd rate ship-of-the-line.
In order to differentiate between the larger different ships (Frigates and 3rd Rates), I have designed them in a way that the 2 most identifying features of most ships could be interchanged. 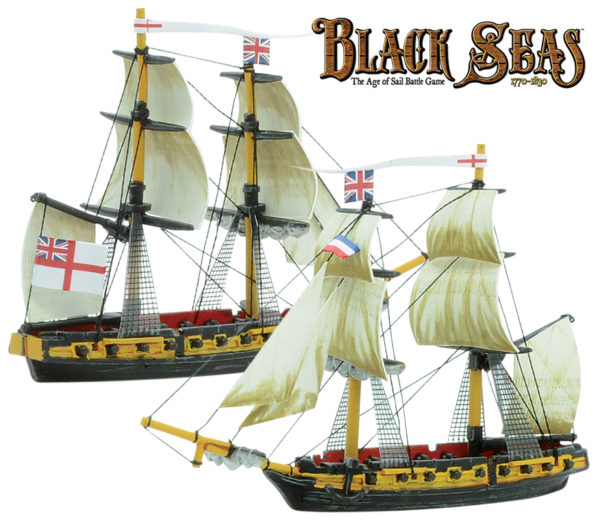 There are 3 different backplates (the stern part of the cabin of the ship with lots of windows) and 3 (4 on the 3rd rate ship frame) different figureheads (the sculpted statues adorning the front of ships of the era). This allows for huge range of different ships as it is much easier to produce several backs and figureheads in metal or resin that turn a generic ship into a named legendary vessel. 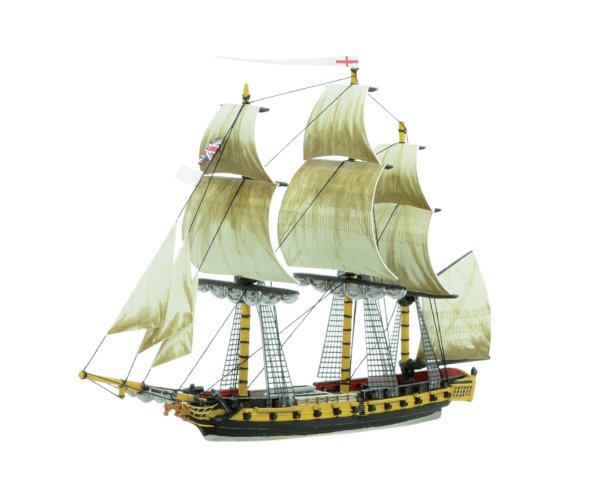 The range will also contain several 1st rate ships made in resin and metal, in fact, 3 for each of the British, French and Spanish navies: 2 Named ships and a third generic 1st rate. There will also be 3 resin and metal US Frigates and Super Frigates. You can expect to see the HMS Victory for the British and the L’Orient for the French followed sometime later by the Santissima Trinidad for the Spanish and the USS Constitution for the US. Then in 2020, we will also release the British HMS Royal Sovereign, the French L’Ocean, the Spanish Principe de Asturias and the USS Essex.
In time we plan to also release the other types of ships of the line (2nd rate, small 3rd rate, 4th rate and 6th rate), one or two models for each, and several smaller vessels. 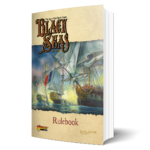 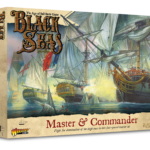 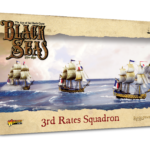 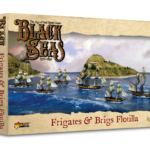 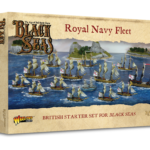 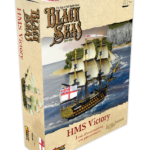 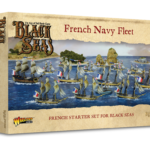 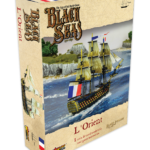 All ships will have several additional components contained in each box. Therefore, on top of the actual hull and related components, each ship will have:
• A ship card needed to play the game.
• A wake marker: also needed for the game.
• Printed, laminated and pre-cut sails: these look great on the models (after all they were painted by artist Peter Dennis!) and require very little effort to be added to the ships.
• A sheet of acetate ratlines (the rope ladders leading to the upper parts of the masts): these are also easy to cut out and apply and are a very pleasing addition.
• A large sheet with many flags and streamers: they will add a sense of completeness to any model.
• And finally, I have insisted on having a small bobbin with more or less 60 meters of Rayon synthetic black thread in each box. This is so you’ll have the option of adding the standing rigging to the ships

The name Black Seas has been inspired by its affinity to “Cruel Seas”, and the fact that it is played in the age of Black Powder. It also conveyed a slight sense of darkness and excitement that I believe perfectly suits the game.

The rules are easy to learn, with the only slight complication being determining where the wind is coming from in relation to the ship. This is done by using the angles printed on the card ruler that you can find in the box. The attitude to the wind will determine the maximum speed for the vessel during its activation. 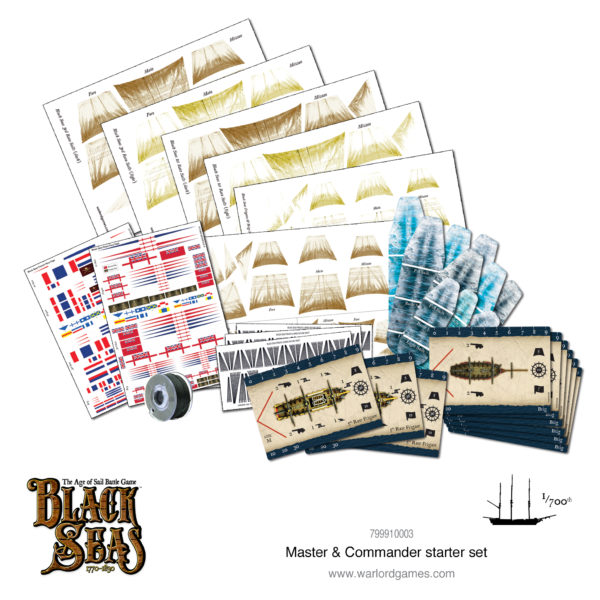 Whilst writing the mechanics of the rules I wanted as much as possible to also contribute to how a typical game would look whilst being played, so each element needed for a rule or counter has been designed with this in mind.

For example, to mark a ship that has been activated, you have to use some white wool to act as smoke if it has fired during its turn, or when a ship takes critical damage there are characterful counters depicting ship debris and men overboard that need to be placed next to the hit ship. These elements make for a very eye-pleasing gaming board whilst the game is underway.

The Advanced Rules add more flavour to the system, without complicating the basic business of playing the game.
These are optional and I would recommend these be agreed upon by all players before initiating a game and include rules like “sailing in a line”, that gives you a slight advantage to sailing in a looser formation; or “fire as she bears”, that allows you to shoot your cannons out of sequence if an enemy ships sails past your broadside. 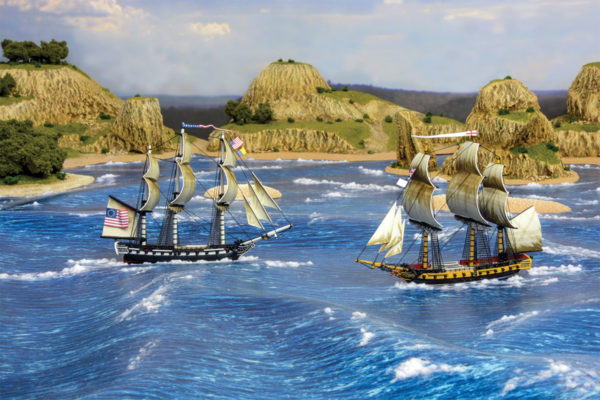 When a fire breaks on board the consequences can be catastrophic and in playtesting, whenever this happened it never failed to generate much hilarity. The crew of a ship on fire will attempt to put the fire out no matter what, however as admiral of the fleet, the player has to decide if they want to send all available hands to help, or risk it and keep on sailing and shooting as normal.
The consequences if the latter option is chosen can be both dreadful and hilarious: a skill test is rolled (usually needing a 5 or a 6 on a D6) and if a 1 is rolled, the fire has reached the central magazine where the black powder is stored and the ship immediately explodes!

Another important rule is “Strike the colours”. This is the expression used when a ship would lower its national flag a symbol it has surrendered to the opponent. In the age of sail, a lot of encounters would end with one side taking enough of a beating, that it would surrender before all hands would end in the sea at the mercy of the elements. In Black Seas when a ship’s Ship Points (the points that represent both the crew and the structure of a ship) go below a Break Value (that is usually one third of the initial Ship Points of a ship), every turn the ship will have to pass a skill test or strike its colours. In this case, it will do nothing for the rest of the game. The opponent can keep on shooting at the surrendered ship to sink her, although this should be quite severely frowned upon, war should be conducted in a gentlemanly way after all. 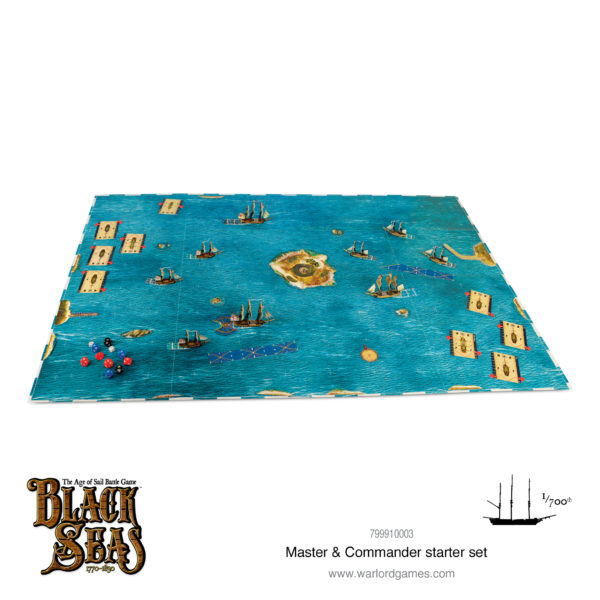 There is also the possibility of changing the type of ammunition of each gun emplacement. There are 4 possible emplacements, the two broadsides and the front and rear chaser guns.
Changing ammunition is mostly intended to add character and choice, but not be too overpowering, as all special shots have both positives and negatives to being used. The types of shots can be:
• Normal
• Chain shot – Consisting of two half-balls attached to a length of chain this was used to damage masts and rigging
• Double shot – the practice of loading two balls at the same time which reduced range but increased damage significantly
• Grapeshot – Canisters filled with many small calibre metal balls which act as a giant shotgun when fired
• Red Hot shot – also known as Heated Shot these were loaded to set fire to enemy ships.

There is also an interesting section on the major historical battles of the period and each of the 4 main National Navies of the time (Great Britain, France, Spain and the newly formed USA) has its own special rules, special characters and historic ships.
The famous men that commanded these ships were real heroes and could truly turn the tide of battles with their skill. And the ships had an aura of their own and could be capable of amazing feats. Therefore, as an example, HMS Victory will inspire all who see her to be better at their job whilst “Old Ironsides” – the USS constitution, gets a saving throw against damage 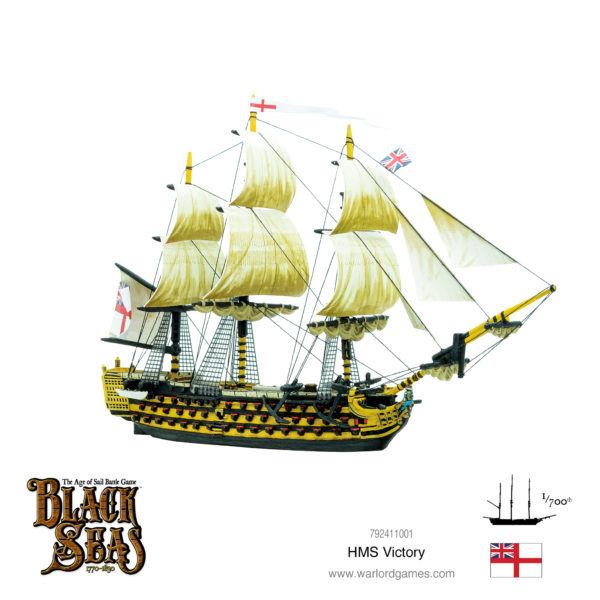 Naval combat in the age of sail

The Black Seas book should give the reader a great understanding of Naval combat in the age of sail without being overwhelming and it introduces many nautical terms that by the end of the book will become very familiar with the reader. Furthermore, the best way to start is to get the Black Seas starter set – Master and Commander – that will provide you with three Frigates, six Brigs, the rules and all the tokens and components you will need to start a game. It also contains a double-sided sea map that you can use to play your games on.
Have great fun! 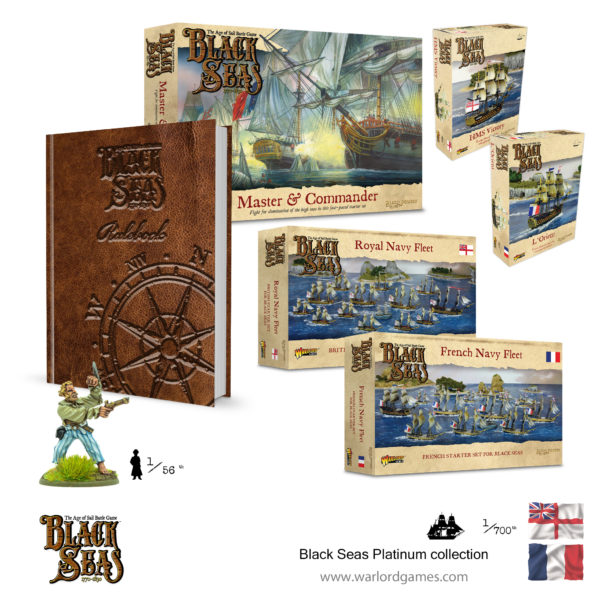