These great templates are made in a clear blue plastic and allow you to show a variety of things on the battlefield. The sprue is packed with a wide variety of templates – some of which will be familiar to experienced gamers out there – whereas others might not be so obvious…. all are used to represent the effect of various drones and munitions in the game. 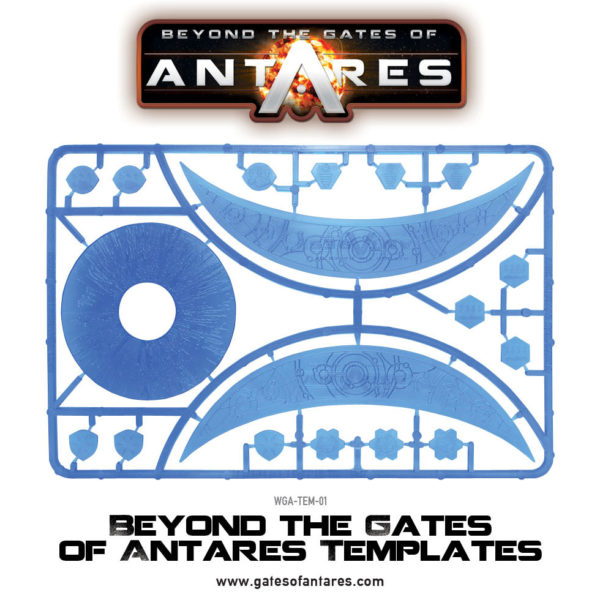 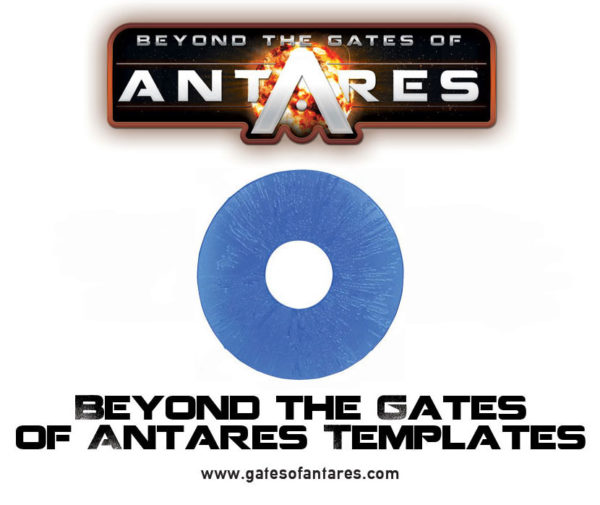 The round blast area effect (or Shot template as it’s known in Antares) will be familiar to experienced wargamers – and is used to represent the area of effect of explosive rounds used by certain weapons in the game. 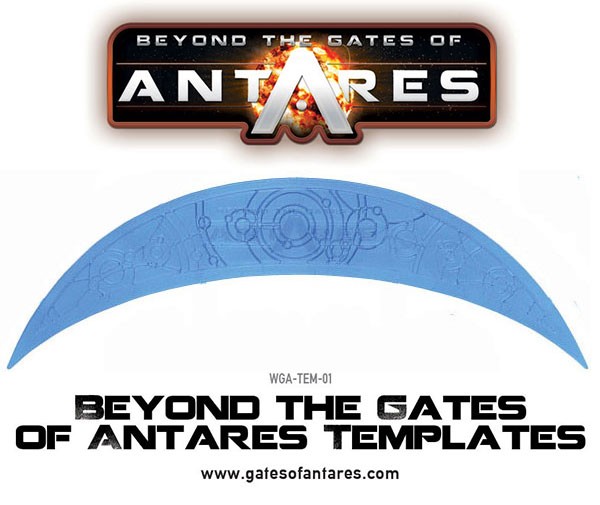 A Batter Drone (see page 110 of the Rulebook) is a defensive buddy drone that projects a kinetic energy shield or batter shield that can deﬂect or absorb incoming attacks. Kinetic shields are kinds of suspensor ﬁelds – the same sort of invisible energy ﬁelds that enable drones to hover and vehicles to move effortlessly through the air. Batter drones are often attached to weapon teams to provide them with mobile cover. Tactically they are great assigned to vehicle units, both to provide stand-off protection and also to shelter accompanying infantry. 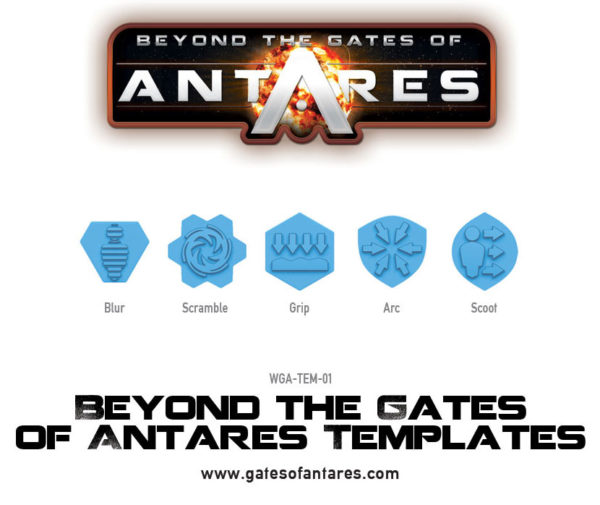 Ammunition comes in many different forms. Except for Net shots, munitions designed to work with larger overhead firing launchers make use of a marker rather than the usual blast template.

The rules for these can be found in the ‘Special Munitions’ section, which starts on page 87 of the Rulebook.

Markers are used to represent where a special munitions shot has landed, are left in place and can continue to exert their inﬂuence during the course of the battle. These rather handy markers can replace the paper examples provided at the back of the Beyond the Gates of Antares rule book. 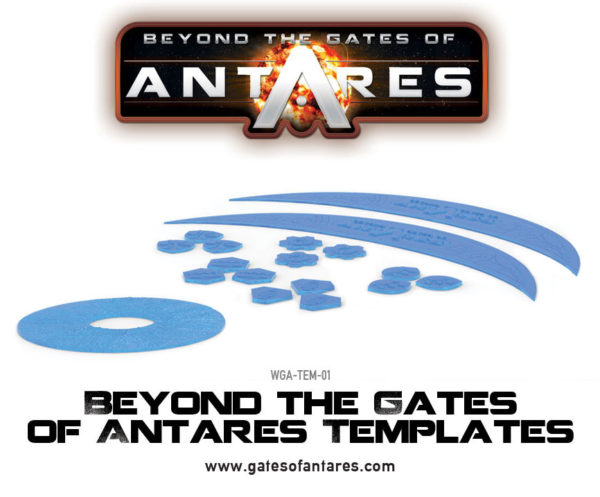