Even though you have superb variety for command models in the plastic Pike & Shotte infantry boxed sets we couldn’t resist but make even more Command models! These highly detailed and superbly characterful miniatures are ready to lead your regiments to battle right now and you can see them in detail below: 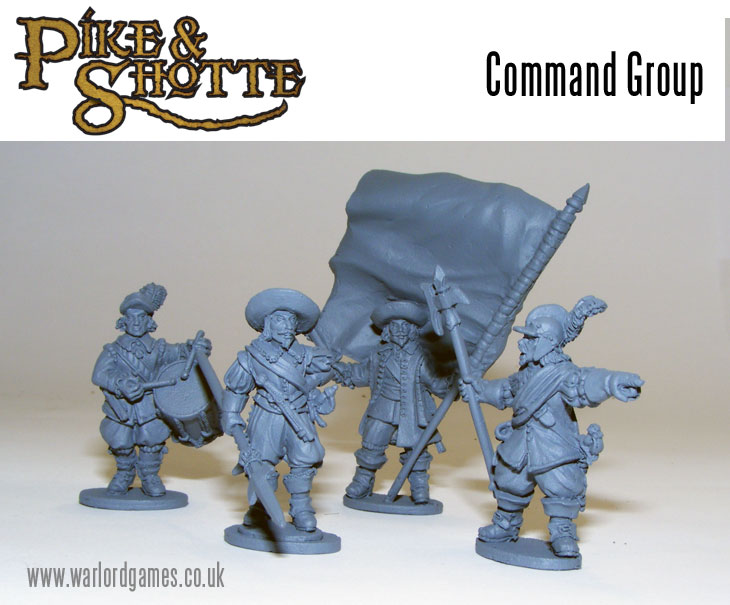 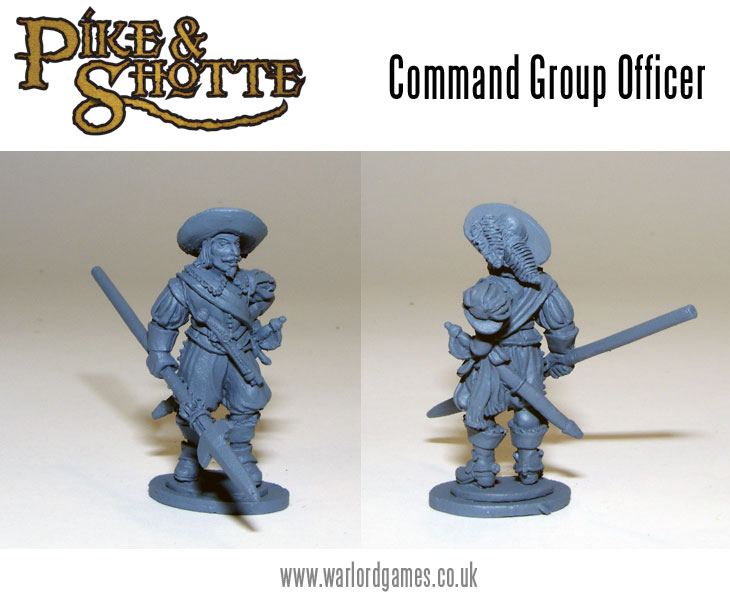 Our officer is lifted straight from page 116 of Wagner’s classic Thirty Years’ War book. A classic study, he is richly dressed, in an old-fashioned jacket and possibly has served on the continent himself. He will be ideal for all early armies, as Royalist, Parliament or Covenanter and will serve as a captain or lieutenant of foot. He has a partizan, sword, and a pistol hung down from his belt. 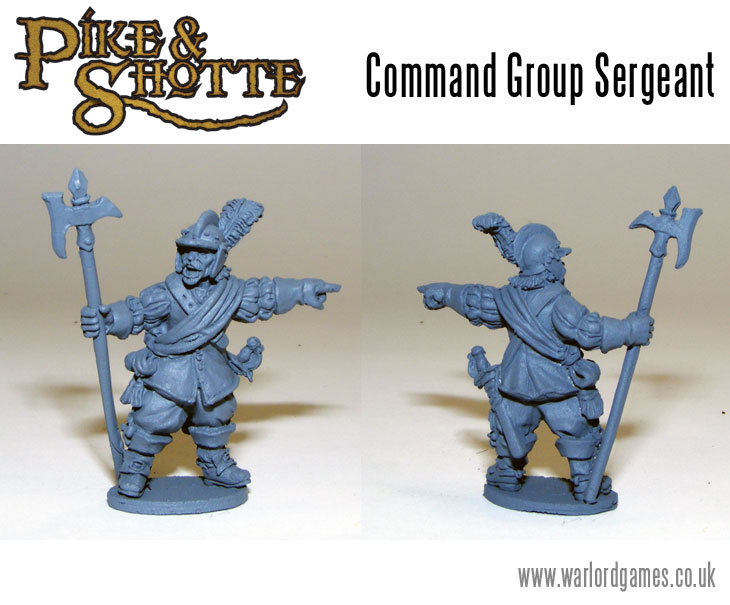 Our sergeant is a hard-bitten professional who has seen a thing or two in his time. He wears a Burgonet helmet, sleeveless buff coat, and is doing what sergeants do best – shouting! He could easily find a home in any Civil war army. 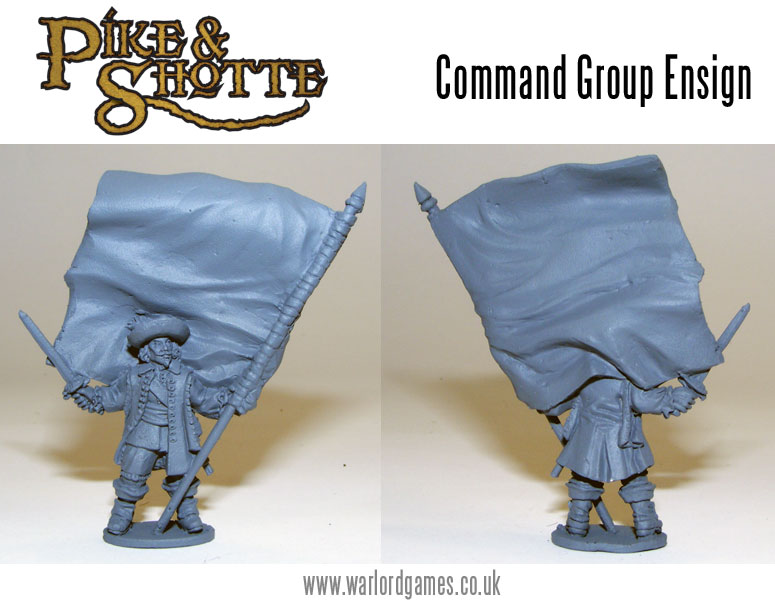 This fellow is a classic Ensign, with sword drawn and dressed in a cassock. He could also be used in all armies, Rebel, Royalist, Scots or Montrose (are you seeing a theme here?). 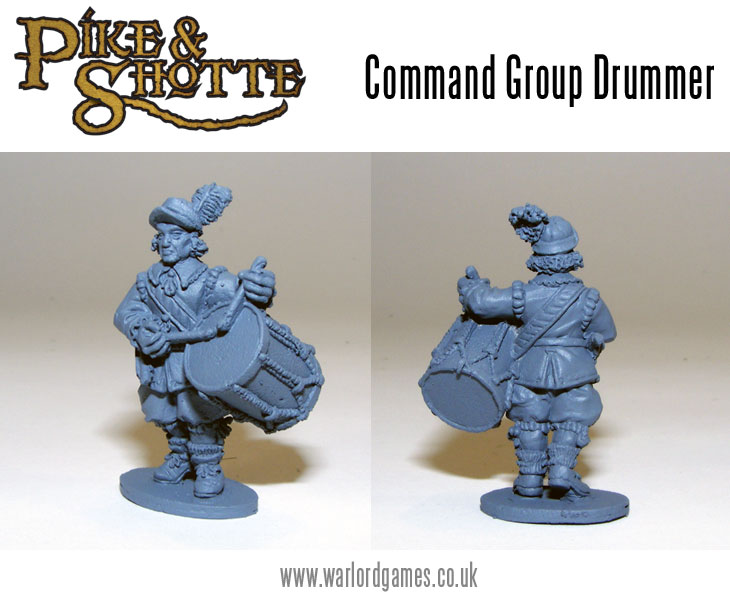 Every Company fielded at least one drummer and ours is neatly attired in a posh jacket with ribbon and braid attached. He wears a jaunty Montero with feathers in. This is something that the Colonel has thought it worth dipping into his own pockets for, which was common at the time. While he is not carrying a sword, he is still packing a pistol for close defence.

All of these excellent Command miniatures are available for your Pike & Shotte army in the Warlord webstore here.