We’re sure you’ll be singing along to the chorus of the classic Monty Python song as you paint this excellent new character miniature. This example has been done up by the hugely talented Darren Linington you’ll either love your Lord Protector (if you’re a Parliamentarian) or loathe ‘Old Wartyface’ (if you are of the Royalist persuasion). 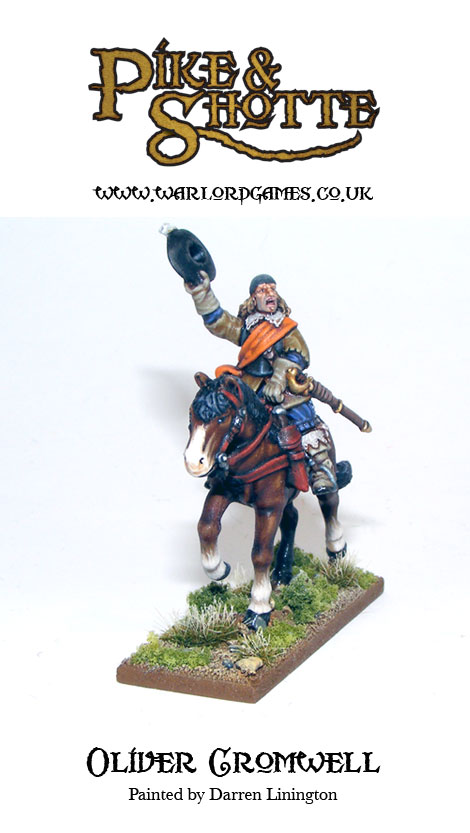 Oliver Cromwell had little inclination to become a great general, and indeed had no military experience at all before he felt compelled to resist the machinations of Charles, raising a troop of horse in East Anglia and join the forces of rebellion. Many minor gentry raised local forces to fight for either faction, and Cromwell’s troops were no different in those early days.

After years of campaigning however and under Cromwell’s studious and pious leadership his regiment of horse, a huge, double sized unit, became a well-oiled, disciplined machine – so much so, that the Royalists themselves named them ironsides.

Cromwell went on to command armies all over Britain, culminating in devastating and bloody conquests in Scotland and Ireland, crushing Royalist resistance wherever it was met. As Lord Protector, he became in many ways a pastiche of the ‘tyrant’ Charles as he himself crushed Parliament and ruled with his generals in a military Junta. After a number of years his rule became unpopular and when he died, possibly of malaria, his son Richard was foolishly offered his post, a post no one else could hope to fill, so that shortly a grateful public recalled Charles’ son to the throne.

Be that as it may, Oliver Cromwell showed himself to be an able general, a superb strategist and a focus for reform in turbulent times. His military legacy was the emergence of the red-coated British army and a navy that would challenge all other nations to supremacy. 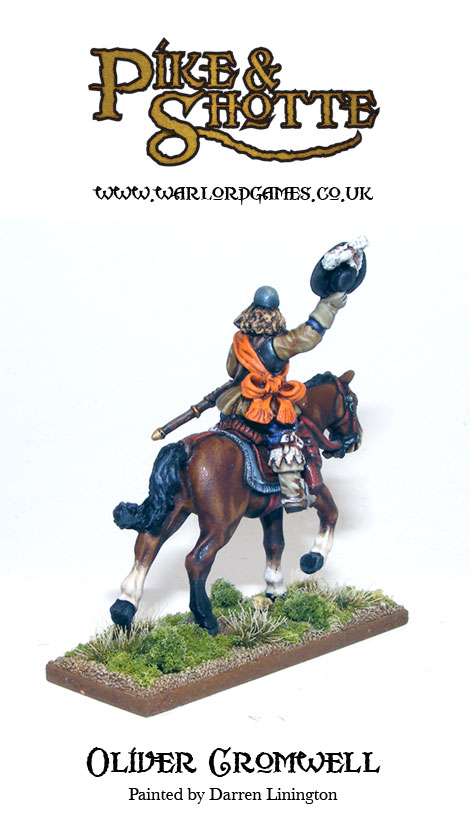 As you can see our new Oliver Cromwell miniature is stood in his stirrups, flourishing his hat and exorting his troops. Wearing an iron cap (also known as a ‘secret’) on the crown of his head our Oliver will look fantastic at the forefront of any Parliamentarian army although we would probably recommend not trying to ally any of our Irish Brigade with his forces. Whether you’re fighting the battles at Marston Moor, Newbury, or Naseby, our new Cromwell model will serve you perfectly on the tabletop. 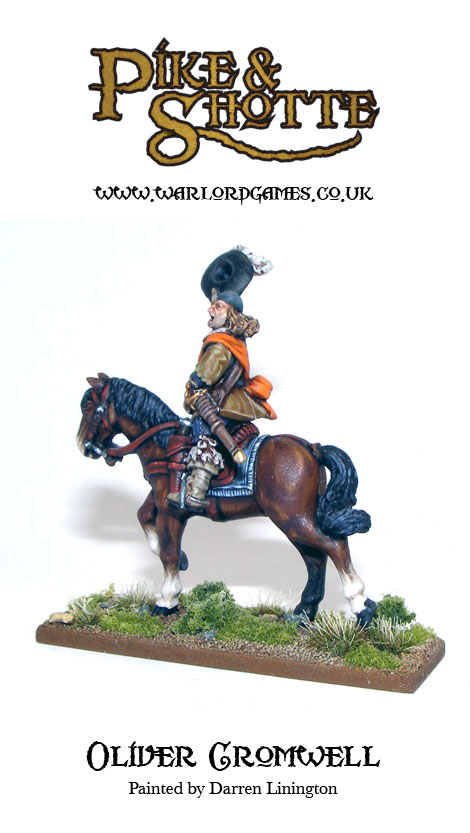 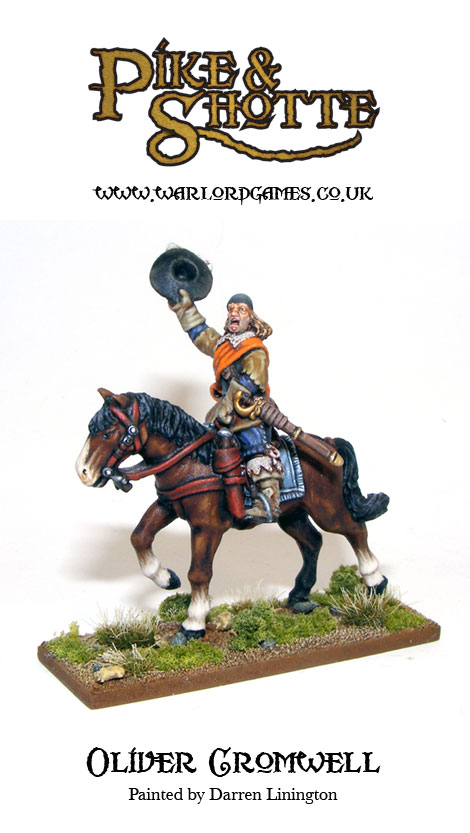 Don’t delay another moment! Oliver Cromwell demands you add him and his New Model ideas to your Parliamentarian army right away. You can purchase this intimidating army commander in Warlord webstore!