Sea Lion and Gigant are the two Invasion plans drawn up by German high command for the invasion of Britain in the south and north of Great Britain using sea and airborne assaults.

The Bolt Action Campaign book Gigant will be available for sale in stores from 29th July, and of course the Sea Lion book is out already.

The Invasion of Britain campaign will run as an online campaign 28th July through 28th August where your games will have a direct contribution to the tide of the battle.

Battle it out over 12 regions with special modifiers for your games depending on who controls the neighbouring regions.

All factions can contribute towards the campaign results so don’t worry if you have a Japanese or USMC army or any other faction – all Bolt Action games count. 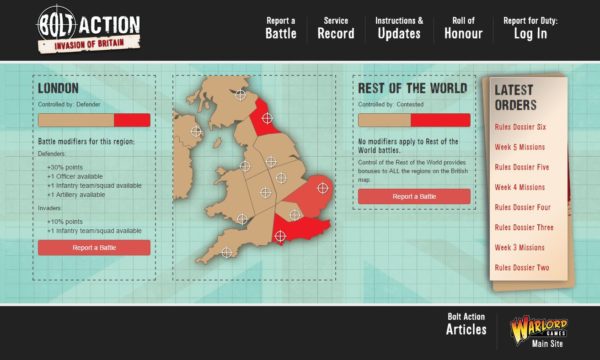 Online registration for the campaign will start 12th July.

For the online campaign, local Warlord Games retailers will become your Regional HQ – a hub for your campaign activity! So we are launching a special retailer pack with everything a shop needs to help set up and run a full Bolt Action summer campaign for the Invasion of Britain! 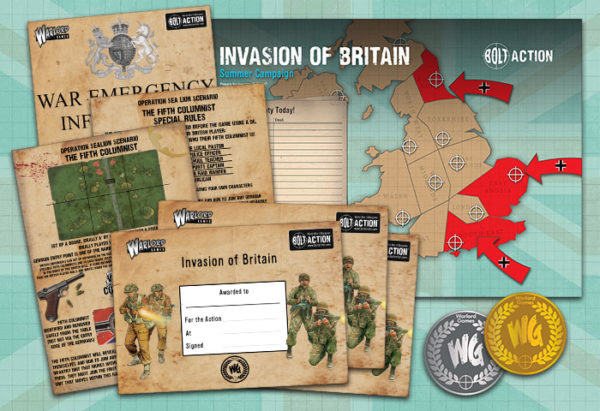 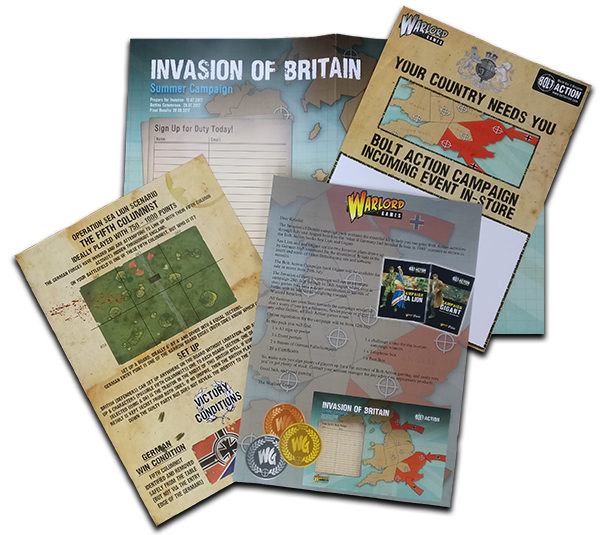 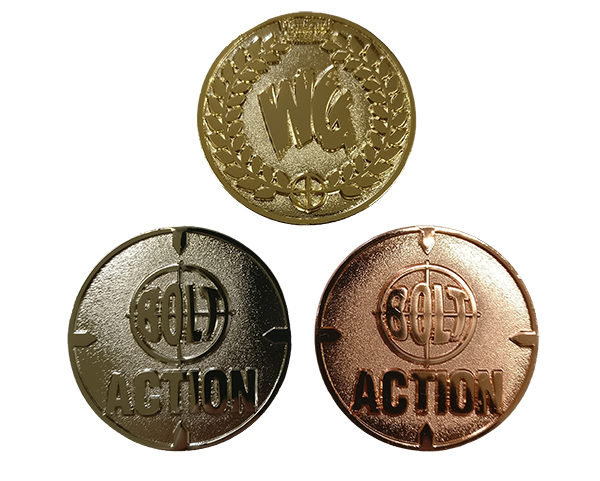 Reporting in to your Regional HQ will earn you extra points, so make sure you speak to your local gaming store and get them to sign up for this Bolt Action Invasion!

Retailers should contact their Warlord trade rep to grab a pack and get involved. 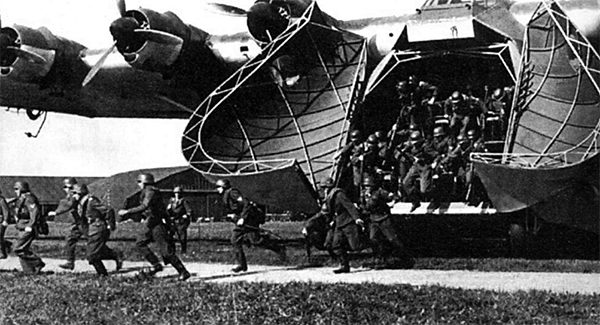