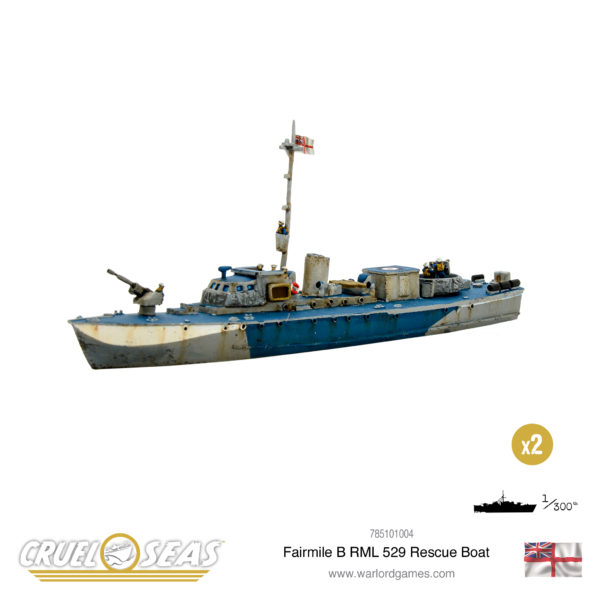 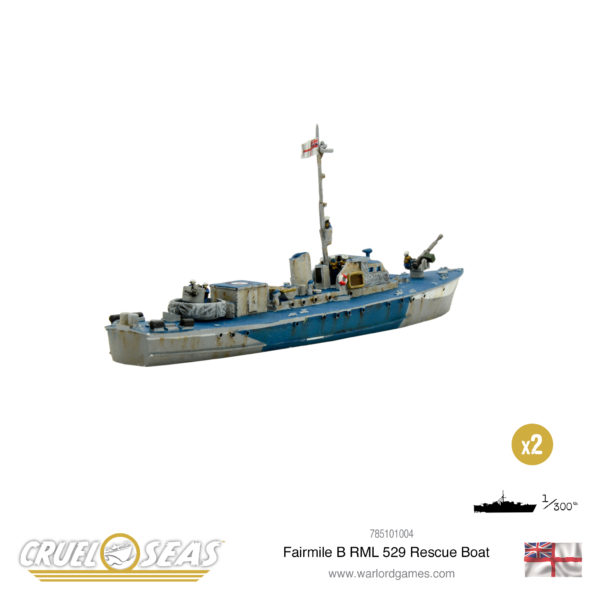 This model represents Rescue Motor Launch 529 in standard configuration, including a 2pdr on the foredeck, depth charges and a 20mm on the stern.

The Fairmile B RML 529 comes in packs of two (plus data cards) to boost your Royal Navy coastal forces. 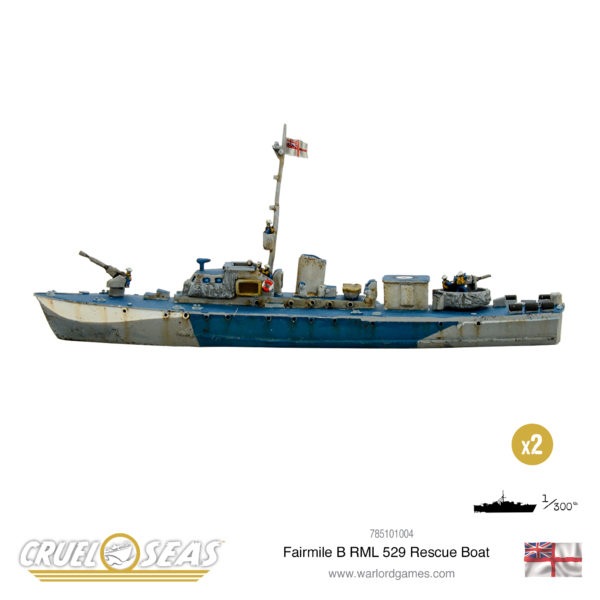