The inaugural Beyond the Gates of Antares painting competition has come to a close – and we here at Warlord HQ have been bowled over by the quality and quantity of entries received!

We’d like to take this opportunity to thank you all for your efforts and excitement throughout the contest – some of the projects on show have been truly breathtaking, and it’s been fascinating to follow your project logs on the forums and in the Facebook group.

Anyway – enough of that – let’s get down to business!

Having consulted some of the Warlord design studio staff, including the likes of Andres and Darek – two of our studio painters, we had to throw in a few honorable mentions into the mix… 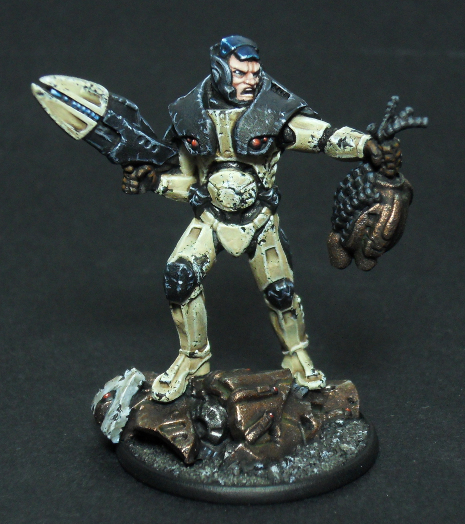 There were several aspects which we particularly liked about Johnson’s Josen – the weathering and chipping really stand-out, adding realism and grittiness to the figure. That – combined with the detailing on his face really bring the model to life – Bravo! 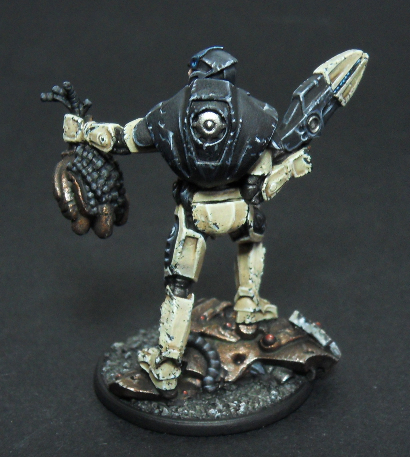 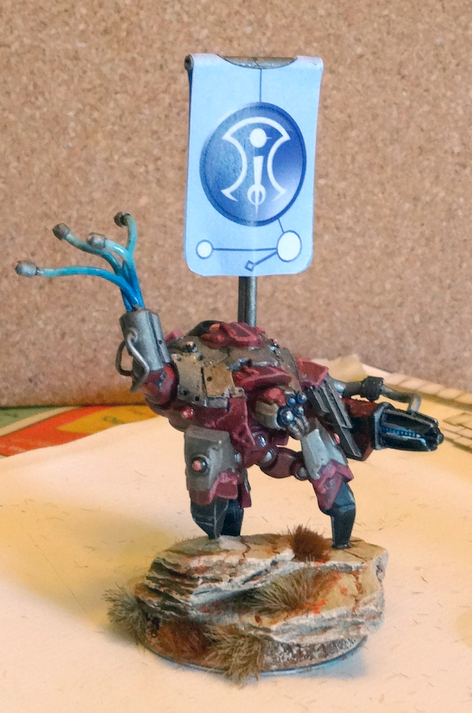 Tim took a standard plastic Ghar Battle Suit, and got a little creative – converting both weapon arms, adding a scenic base, and converting all three legs to personalise its pose before adding a banner pole and a killer paint job to bring his commander to life! 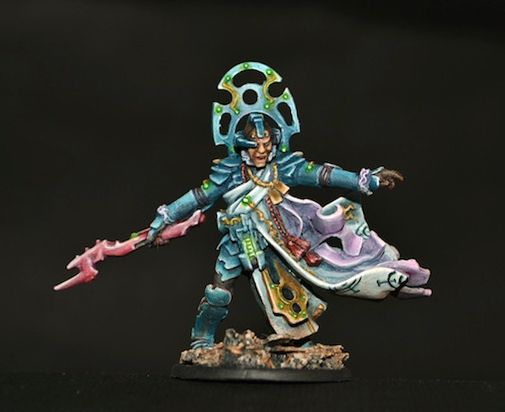 There are many things which we love about Spellscape’s rendition of Amano Harran – from the highlighting across his armour, to the freehand details upon his cloak…. there’s a lot to love here, and this model came a close third – missing out by the smallest of fractions. 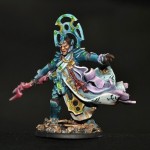 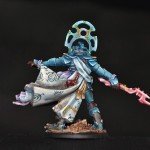 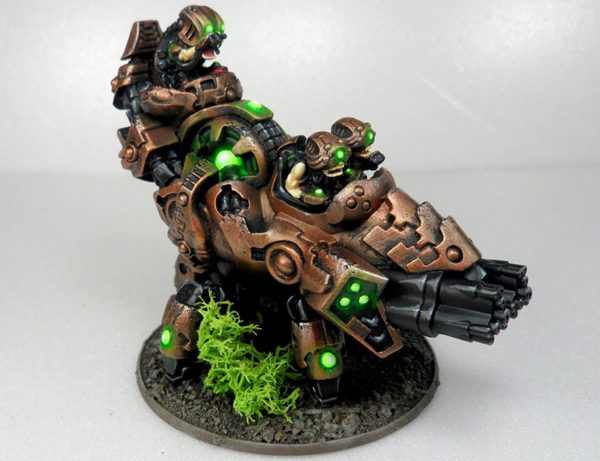 We had a number of larger model entries in the competition – a handful of C3M4s, skimmers, and a few Ghar Command Crawlers – including this fine example from Mateus. We particularly liked the contrast between the relatively plain metallic panel work, and the (excellently executed!) green source lighting – which give this walker a real other-worldly feel. 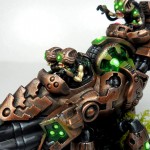 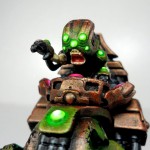 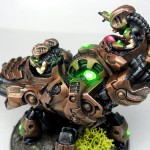 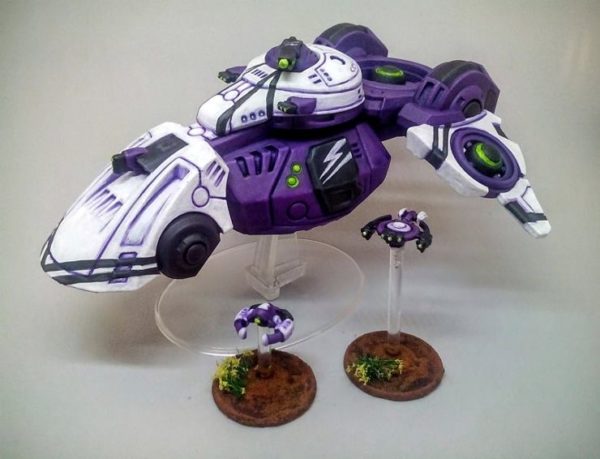 Speaking of larger models – Gorka offered this C3T7 transporter in a striking purple-and-white scheme. The contrast between the two base colours really make the model pop… and the inclusion of additional markings and linework push this model above the norm. 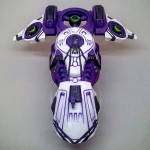 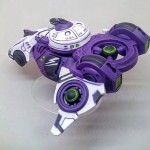 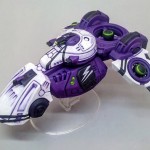 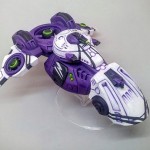 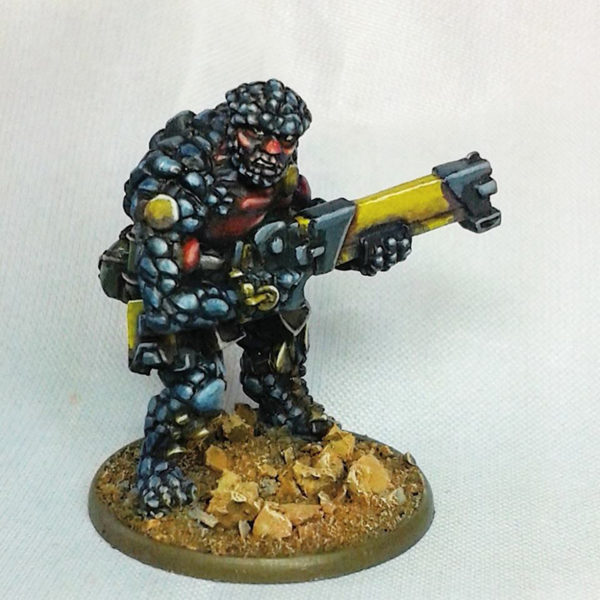 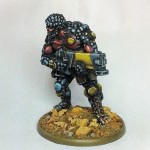 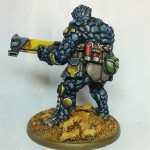 On to the winners!

We’d intended for there to be one overall winner for the contest – however, the level of entries was so high that we couldn’t pick a single winner… and we landed upon two – so, without further ado… 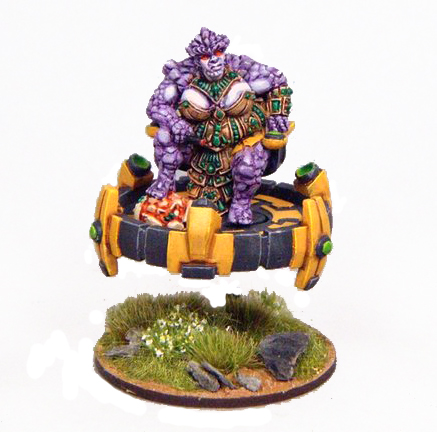 We particularly liked Sylann’s Boromite Matriarch because of the subtlety of the paint work – the evenness of the highlighting meant that the overall composition of the model sat almost perfectly in line with our own studio colour schemes. 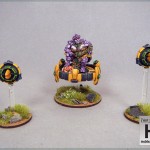 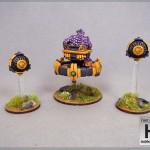 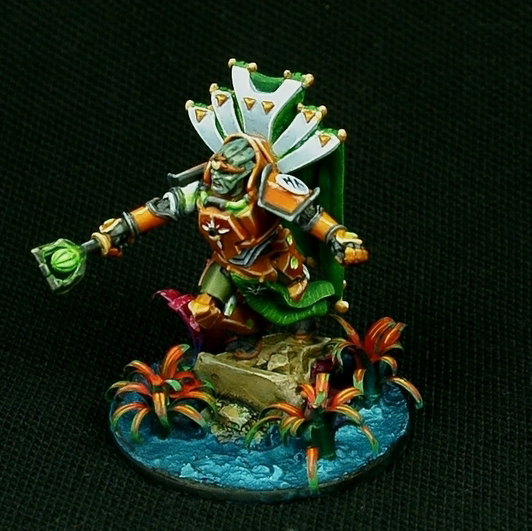 Chase has once again massively impressed all here at Warlord HQ. Hot on the heels of his win at this year’s Warlord Games Day over in Oklahoma with his Concord NuHu, he has followed-up with Tar Es Janar – again displaying incredible skill.

From the scratch-built flowers on the base, through to the freehanded details added to the cloak – we’ve spent an awful lot of time pouring-over this model for our own painting inspiration, and it’s been an absolute pleasure to gawk at! 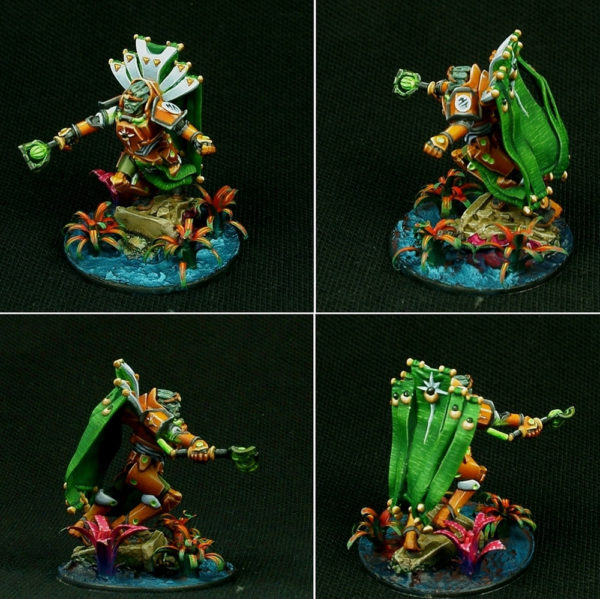 To the winners – you’ll be contacted in the coming days to confirm your postal details before prizes are shipped – and again – a huge, huge ‘Thank-you’ to all who entered.